The pandemic caused by the corona virus is gaining a foothold in the country with the number of confirmed cases doubling in the last six (6) days, from 533 to 1063, according to reports from the Ministry of Health. In a 24-hour period, there were 105 new cases of people who tested positive and four (4) deaths, bringing the number of deaths to 31. While the virus is wildly spreading in various communities where the sick are not being tested, the health facilities across the country, including the state university hospital, l’Hopital de l’université d’État d’Haïti are ill-prepared to confront the increasing number of cases to be treated. Meanwhile the US is planning to deport more than 78 Haitian nationals, including 9 children currently living in the U.S. back to Haiti.

The Institute of Justice and Democracy in Haiti (IJDH), the Center for Economic and Political Research (CEPR) and Haitian Bridge Alliance (HBA) have called on the US government to halt the deportation of Haitians immigrants from the U.S. Nine (9) passengers among the detainees slated for deportation have tested positive for the corona virus and have not been treated, according to the flight manifest. The named organizations thus concluded that the US government’s intention to deport these detainees, knowing their Covid-19 status as positive and not “cured” shows a total lack of disregard for the health of people living in Haiti. A panel of government scientists have asked that deportations be suspended and have called on President Jovenel Moïse to follow their advice and advocate for the U.S. government to halt deportations to Haiti during the pandemic. Three (3) positive cases of Covid-19 were detected among the 68 people who were deported to Haiti from the US in the month of April.

Among the new batch of deportees is the notorious macoute, the ex-chief paramilitary, Emmanuel ‘Toto” Constant, who has been sentenced in absentia, for crimes, and many organizations including human rights organizations such as the RNDDH and the international lawyers’ bureau, Bureau des avocats internationaux (BAI)  have called on the civil court in Croix-des-Bouquets, to arrest him on arrival. But other organizations such as the IJDH and CEPR have expressed their concern that given the current state of affairs in the country, it is highly improbable that Toto Constant will face punishment for the crimes that he has been sentenced, and morally twisted and wrong, as well as destabilizing for the US government to deport him to Haiti at this time. At the last minute Constant was temporarily removed from the latest group of deportees.

The Moïse/Jouthe government is trying to strengthen the enforcement of rules aimed at containing the spread of the corona virus by promulgating a new decree on May 21, 2020. The decree called for sanctioning those who violate the rules, as a way of containing the spread of the corona virus. Sanctions include a fine of 15,000 gourdes, 15 days in detention and 15 days of community service, meant to dissuade people from breaking the law.  Individuals and organizations leaders appeared unconcerned about the rules and prescribed punishment because they do not believe that the government has the capacity to enforcing those rules.  There has been ample proof that the multiple interventions by ministers to support the people to respect the state of emergency did not convince Haitians. This is true with one Pierre PJ Agars, who exposed the hypocrisy of the rules by pointing out that the rules should apply first to the government officials in power. Waiting in line to get his government issue ID card at the Occide Jeanty kiosk in Champs-de-Mars, where a crowd had gathered for the same reason, he questioned the logic of the government’s new law that impose fines and imprisonment on gatherings of six or more people, all the while running an office where dozens more congregate on a daily basis. Changeux Mehu, a transport union leader also questions the wisdom of enforcing the rule against gatherings of more than five (5) at a time when, there are more than that number of people in the tap taps, at any given time and drivers cannot force passengers to wear masks when they board.  Public servants are also expected to educate the public by obeying the decrees of the government, for face a fine of 25,000 gourdes or imprisonment.

In other news, the office of the ombudsman, L’Office de protection du citoyen (OPC), called on Police Commissioner Normil Rameau, to make public a report of the investigation by the Inspector General, on the arbitrary use of force by the police since the beginning of the health sanctions due to the corona virus. The President has had talks with some of his African counterparts in an attempt to find solutions to the pandemic or which there’s not yet a vaccine. He appealed for help to President Andry Rajoelina of Madagascar, the country that has recently stolen the limelight from the western powers with an African-produced preventive and curative drug, the Covid-Organics. Mr. Moïse further held talks with the President of Senegal Macky Sall, which he described as productive in terms of cooperation to fight the corona virus together.

Finally, the world football governing body, FIFA has suspended the President of the Haitian football federation, FHF, for 90 days, following accusations of abuse of female players. This decision is based on complaints brought forward by human rights and child rights organizations, following an article by the British newspaper the Guardian which accused Yves Jean-Bart, who has headed the federation for over two decades, of rape of minors, and in certain instances, two of his victims had an abortion following a rape allegation. Some of the witnesses complained that their chances of playing for the national team are dependent on their sleeping with the president of the federation. Meanwhile, the 73-year-old Yves Jean-Bart denied all allegations against him and proclaims his innocence. 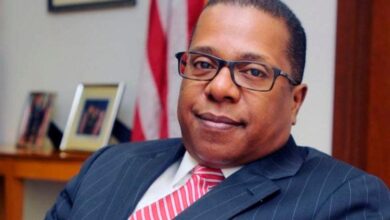 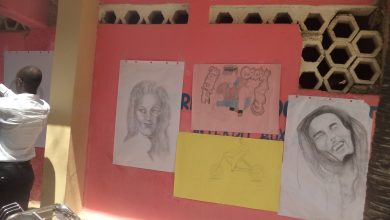