The enigma that is Haiti is experiencing an unprecedented event in its political history, with an epic duel between the two houses of parliament with regards to the dismissal or retention of the current Prime Minister Jean-Henry Céant. The Speaker of the Chamber of Deputies, Gary Bodeau insinuated that the current government will be dissolved in due time and effectively on Monday, March 18, 2019, approximately six (6) months after coming to office, the government of Jean-Henry Céant was handed a vote of no confidence, effectively dismissing him and his cabinet. At the time, Prime Minister Céant was attending the CRANS MONTANA Forum in Dakhla, Morocco, at the invitation of King Mohammed V, where he was expected to enter bilateral talks with the kingdom on issues of fertilizer for farmers in the Artibonite region, and other topics for which the conference, that brings together hundreds of world leaders on such issues as entrepreneurship, women’s leadership and the digital economy.

With this vote of no confidence from the Chamber of Deputies with 93 Deputies voting to censure the Prime Minister, it is clear the two chambers are ideologically divided because the Senate seeking to reverse the censure could not garner the 16 senators needed to constitute a quorum. The Opposition Senate leader Youri Latortue accused the President of undermining the legislature by ordering members of the majority to boycott the session. Getting rid of the Prime Minister is considered a political victory for the President and his supporters because the Prime Minister has been a thorn in their side and getting rid of him will be a political coup that will give them leverage to do what they wanted. But if the dismissal was swift, reality is setting in as the President must find a new Prime Minister who must be approved by the legislature. He therefore most likely has to negotiate with parliament to install a new head of government, while at the senate level, the Senate Leader Carl Murat Cantave may find himself unable to convene the majority of senators for the rest of his term to ratify any cabinet appointment.

It appears the fate of Prime Minister Céant was sealed from the beginning, given the way the previous Prime Minister left office, amid violent clashes on the streets. Prime Minister Guy Lafontant was forced to resign after an ill-advised fuel price hike that sparked three days of violent civil unrest. The current PM also faced similar fate after the reports of the PetroCaribe scandal was made public and started what became a 10-day of violent protests on the streets, forcing Mr Ceant to announce a list of economic measures that included reducing the government’s expenditure and subsidizing the price of imported rice in the hope of quelling tensions. But these measures were insufficient for Mr. Ceant’s detractors who see the Premier as not delivering on his earlier promises to jumpstart the economy. These are precisely the reason put up by the Deputy from Port-de-Paix, Jean Marie Forestal, who introduced the no-confidence vote, arguing that the Prime Minister and the President’s relationship, which has become tenuous over time, and the dismal economic situation are reason enough for the government to be dissolved. The Prime Minister’s supporters, on the other hand, felt that though he is supposed to be in charge, he lacked the latitude to govern, given President Jovenel Moïse’s penchant for micromanagement, as evidenced by the fact that most of the Prime Minister’s cabinet was chosen by the President himself.

Meanwhile, Marie Yolène Gilles, Executive Director of the organization, Fondasyon Je Klere (FJKL), in an interview with AlterRadio decried the presence of illegal arms and armed personnel at the National Palace. She intimated that people around President Jovenel Moïse have been photographed with armed gangs, on social media, while the President recently installed a new Commission on disarmament, demobilization and reintegration of former gang members. According to the foundation, there is no political willingness on the part of the leadership to dismantle gangs and their network in the country.  The vice-delegate from the West borough, Johnny Metéllus, popularly known as Achou has been a former reputed member of the erstwhile gang Dread Wilmé in Cité Soleil. The foundation recommends the creation of an intelligence service to control the flow of illegal arms within the country, control the borders and change current gun laws. The leader of the Human Rights group, RNDDH, Pierre Espérance also blamed the Minister of Interior of supplying arms, munitions and money to armed groups in the country.  The insecurity that gripped the country in recent months has revived the debate around disarmament in Haiti. While the President revived the Commission nationale de désarmement, de démantèlement et de réinsertion (CNDDR) to address the security concerns of the country, most observers fear that such a commission will change anything.

Talking about insecurity, the last few days have been open season in neighborhoods across the capital especially along the beach where armed gangs have taken to the streets to impose their dominance in neighborhoods. Automatic weapons could be heard being fired from La Saline to Village de Dieu. In La Saline, rival gangs clashed again and the human rights group RNDDH confirmed that an armed group, reported to be close to the government in power, resumed assassination of residents in a show of power to retain their dominance in the neighborhood. While in downtown, groups attempted to attack the courthouse where a leader of the Savanne Pistache gang, Mardoché Ulysse, popularly known as Baron was being tried. Chief prosecutor, Paul Eronce Villard said the situation was tense and police reinforcements had to be called in. The issue was that the group of gang members from the Savanne Pistache gang wanted to liberate Baron, while a rival gang from Village De Dieu wanted to kill him. The clash created panic in the downtown area as parliamentary workers and others in the vicinity fled to avoid becoming victims of this gang violence. A plenary session scheduled for last Thursday had to be postponed as the parliamentarians deserted the area.

Finally, the Croix-des-Bossales market went up in flames Monday, with residents in the area calling on the fire services to rush in and contain the fire to avoid serious material damage. The fire affected the Nan Kenskòf and nan vyann zones, according to eyewitnesses who also reported seeing vandals stealing merchandise before the fire broke out. Though the source of the fire is not yet known, people are suspecting the gang clashes that have engulfed La Saline are to be blamed for the fire. 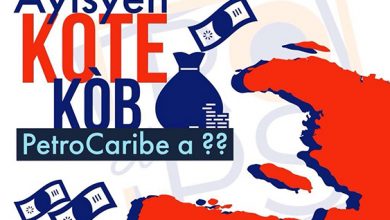 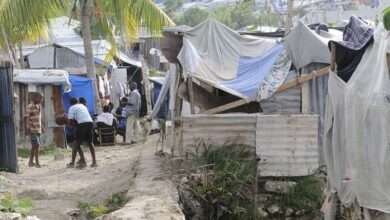 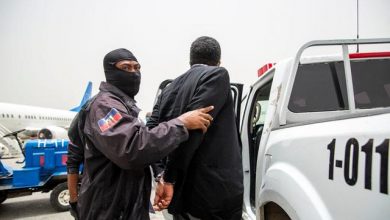