An Agribusiness Fair was held at the University Notre-Dame d’Haïti was held in the Southern region of the country. Th Fair took place from June 1st to June 3, 2018. The event was organized by the Faculty of Agronomy in collaboration and partnership with the International Labor Organization (ILO), the l’Association des volontaires pour le service international (AVSI) and the Chamber of Commerce in the South, la Chambre du commerce et de l’industrie du Sud (CCI-Sud), was deemed a success and the organizers very satisfied with the way things went. Organized around the theme “Agribusiness: the engine of local development”, were various conferences, testimonials and displays with local elected officials and dignitaries present. There were more than a dozen lectures and presentations around the theme of the fair with such topics as markets, trades, entrepreneurship, agricultural cooperatives, procurement and global warming and other interesting topics. There were cultural displays to also mark the occasion. The fair is being hailed as a successful undertaking by the Dean of the Faculty of Agronomy, James Oriza who worked hard for this inaugural fair to become a reality. The same can be said for the Coordinator of ILO’s Entrepreneurial projects, Etzer Jean. The closing ceremony was led by the Vice-Rector of the l’université Notre-Dame d’Haïti à l’UDERS des Cayes, Rev. Jean Marcel Louis who praised the event and sees it as a way of engaging young people to begin to focus more on local economic development. Prior to the fair, there have been corollary events on the ground, such as information campaign to inform people about the fair, and partner organizations handed certificates of completion to some 200 youth who completed training in agricultural production, processing, agroforestry and livestock farming, as part of the ILO’s vocational training for economic and rural development program. The program, Formation professionnelle pour le développement économique et rural de l’OIT (FOPRODER), which was launched in November 2016 plans to train approximately 4,000 youth is financed by the Norwegian government to the tune of US$4million.

The Board of Directors of the World Bank approved a US$75million grant to improve road networks and access in rural areas across the country. The grant is specific in its mission; that of making the rural areas roadworthy. Close to 61 percent of the population lives more than 2km from an all-weather road in 2015 and most rural roads remain in very poor condition and barely passable. To develop the road network and achieve intercity connectivity by 2021, the Haitian government has set an ambitious target to build 4000 km of roads. The project will allow more than 350,000 people living in the South, Southeast and Nippes Departments to have access to all weather roads to market and health centers. The project called the Rural Accessibility and Resiliency Project seeks to improve the road network and make the roads safe and travel worthy for the underserved populations, including women traders (Madan Sara) who ply these roads with their wares to markets across the country, in order to provide for their families.

Another US$15million was provided to improve Haiti’s public financial management and statistical information. The fund is to improve these entities, strengthening Haiti’s capacity to produce, disseminate and use more accurate and timely budgetary and financial data. The funds will also help with oversight by putting in place an integrated financial information management system, strengthening public financial management institutions such as the court of accounts, the procurement board and the anti-corruption agency. The first part of the grant (US$75m) will be managed by the Ministry of Public Works, Transportation and Communication, while the second grant (US$15m) will be managed by the Ministry of Economics and Finance.

The first technology incubator named “Alpha Haïti” was launched on June 2 and 3 in Port-au-Prince by President Moïse. The incubator is located in the Ciné Triomphe complex, and is the first technological and cultural complex in the country, with the goal of fostering an environment that is conducive to the creation of startups, supporting innovative projects and training youth in the field of new technologies and entrepreneurship.

“Alpha Haiti” becomes the first technological and cultural complex in the country, it aims to foster an environment conducive to the creation of start-ups, support for innovative projects and training in the field of new technologies. and entrepreneurship. The two days of lectures and presentations drew a cadre of experts both locally and internationally, close to 500 people, including students, academics, young entrepreneurs, professionals and developers from such institutions as Harvard University, Florida Institute of Technology and from such countries as the US, Mexico, Puerto Rico, Nigeria and Canada, startups and business leaders from such businesses as IBM. The first day’s proceedings were brought to a close by the remarkable Nigerian entrepreneur, Tony Elumelu, who came to share his expertise through a lecture entitled “How entrepreneurship played a significant role in Africa’s growth and what Haiti can learn from it”.  President Moise, who is an advocate for such an incubator, to the point of advocating for it during his campaign is said to be happy for the project and sees it as a true lever of economic development. He mused that in three years, Alpha Haïti would become the gateway to innovation in Haiti and the Caribbean region.

Meanwhile, in what can only be characterized as nativism, the Dominican historian, Manuel Nuñez, speaking to the El Nuevo Diario newspaper castigated Haitian laborers in the agricultural field as preventing Dominicans from getting work. According to him, the proliferation of Haitians in the fields has created a scenario where his compatriots are being pushed away from the fields by undocumented Haitian workers. He asked the government to look into what is becoming the expulsion of his countrymen in agriculture, livestock and agrobusiness. He stated that the issue should be looked at from the point of view of national interest because no country in the world can live without its workers in the primary sector of agriculture. The intellectual believes that some Haitians, in addition to depriving Dominicans of working the land, encourage international agencies to intervene in the Dominican Republic by believing that their rights would be violated. He compares this situation to “apartheid” suffered by Dominicans in their own country. “I have seen Dominicans who are accused of everything, because the Haitians do not let them work, and this is done without any comments from groups working in so-called progressive booths,”. He ended by declaring that definitively to be progressive, one must agree on all that allows the “dissolution of the Dominican nation”.

Finally, in his 12th cabinet meeting, Haitian Prime Minister Lafontant unveiled his government’s policy on risk prevention and disaster management for the 2018 hurricane season.. Government’s activities to reduce the impact of the weather on the lives of the people was made public last Friday under the theme “Fanm kou gason, youn ede lòt pare”.

Haiti was noticeably absent at a special White House reception, organized by VP Pence and his wife, to celebrate “like-minded” governments who are standing with the US in its call to suspend Venezuela from the organization of American States, OAS. In his allocution to the more than 22 countries’ leaders present, Pence described the gathering as a “small token of appreciation” for support on such a challenging issue in the hemisphere, promising them that the US will stand and work with them if they do likewise to the US. Haiti was not there and despite pressures from Marco Rubio and others, it seems Port-au-Prince did not cave in. 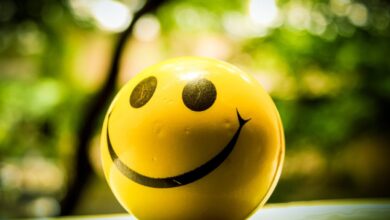 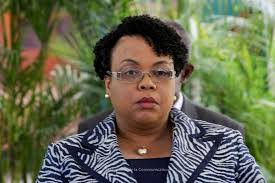 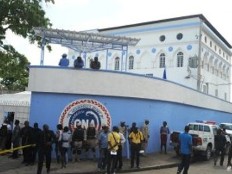 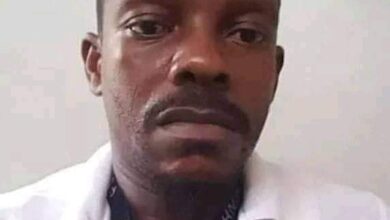 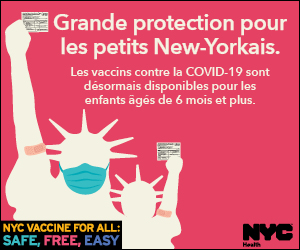