The prospect of the current administration getting over the increasingly recalcitrant national dialogue to move on to governance is proving increasingly untenable as President Jovenel Moïse has been unable, so far to negotiate with the opposition. It was only last week when the President took to his Facebook page to announce that he has had initiated discussions with various political actors on issues ranging from constitutional, judicial and economic reforms, to the impending elections in the hope of reaching an acceptable consensus on addressing the legitimate demands of the people on their government.  If these appear to be credible demands and issues that anyone can agree on, it seems the opposition on which the President was betting to come through for him simply abdicated their participation in the dialogue. The group of eight (8) political parties that the President was counting on, abandoned the talks because, according to one of the parties’ spokesperson, William Jeanty of Parti Kontra Pep la, the group could not come to an agreement on the preconditions set for the discussion to take place. The group is calling on the government, more particularly on the President to go before the people and deliver a speech in which he lays out the plans and policies and demands for the national dialogue. Unfortunately, this approach also places the legitimacy of the government in question, and the opposition leaders also resent a sentiment that the government negotiators are only interested in handling out ministerial positions to parties instead of legitimately addressing the needs of the people. It’s been over a week now since the President presented his choice of a new Prime Minister to the Legislature, which has yet to invite the nominated Prime Minister Jean Michel Lapin, who has been acting since the departure of Henry Céant, to come and present his policy positions to the legislative body thrusted to approve his nomination. For its part, the legislature argues that the delay is due to the lack of consensus to form a new government.

In a more positive note, for all that its worth, the Haitian statistics and informatics institute, l’Institut Haïtien de Statistiques et d’Informatiques (IHSI), has announced a slight increase in economic activity in the first quarter of this fiscal year, which covers the period October 2018 through December 31, 2018. According to the global index of economic activity indicators, with a base index of 100 in 2007-2008, the current index stands at 149.1 this past quarter, as opposed to 148.4 in the first quarter of last fiscal year, representing a modest 0.4% increase over the year. The slight increase comes from the tertiary sector of the economy as the primary and secondary sectors, especially the agricultural and extractive sectors of the economy have recorded losses in the past quarters.

The security situation in the country still leaves much to be desired, but the security forces were able to kill a reputed gang leader, sought by the authorities. According to reports, the leader of the Savanne Pistache gang, Jean Sony, alias Ti Je, was engaged in a gun battle with the security forces in Delmas 83 where he was neutralized. Ti Je has claimed responsibility for the gun battle in the Carrefour Feuilles neighborhood, which claimed 7 lives. Residents in this popular neighborhood were relieved to hear the news and most residents went to the Savanee Pistache neighborhood to express their solidarity with the residents in the area. The gang took over the neighborhood after burning down part of the police precinct. The police were able to act on tips to track down the gang leader and finally killed him. In a separate operation undertaken by the police in Boutilliers, automatic and semi-automatic weapons belonging to the gang leader were seized. The authorities have praised the police for their efforts in bringing down this notorious gang leader who has terrorized the neighborhood for so long.

Another notorious gang leader, Arnel Joseph was in the news recently as one of those gang leaders who are in bed with some politicians and business leaders in the country. According to the Senate Security and Justice commission, which is planning to make public a report that will implicate politicians and business leaders who are in concert with the gang leader. Senator Ronald Larêche was said to have been stunned by the high number of people with special connection to the gang leader of Village de Dieu, who is currently holed up in Marchand Dessalines. Records of wiretaps of over 45 days, and 400 pages of transcript from January 15, 2019 through March 1, 2019 revealed conversation with certain political leaders and other gang leaders with regards to how their operations are going, effectively holding the population hostage. One notable senator, Garcia Delva of the Ayiti An Aksyon party has been found to have been close to the gang leader, and currently expelled from the party because he has been unable to refute the allegations levelled against him, stemming from the wiretap. According to the leader of the party, Youri Latortue, the Senator had agreed in front of journalists having had telephone conversations with the gang leader, something he had denied earlier. Latortue thinks such an action deserves to be sanctioned by the party. While such an action has never taken place, a senator being expelled from his political affiliation, the popular singer has benefited from the AAA’s political structure to win a seat in the Artibonite department during the last elections, and he is deemed to be close to the party in power whereas his party of affiliation, the AAA is reputed as a fierce opposition to the ruling party.

In sports, the 2019 CARIFTA Games took place from April 20th through April 22nd at the Truman Bodden Sports Complex Stadium in Georgetown, in the Cayman Islands. Two Athletes, Michel Guy Robert and Kasia Cooper represented Haiti at the games, without a team manager and coach.  The athletes were left alone with no directions and guidance and relied solely on the organizer’s host country liaison officers. Michel Guy Robert (U-20) was registered to compete in the men’s 100 meters and 200 meters races while his female counter part Kasia Cooper (U-20) was slated for the women’s 400 and 800-meter races. After the completion of the first day of competition, Michel Guy Robert in the Men’s 100 meters (U-20) ran one of his best time of 11.78, the wind of -2.4, and an HPL 2(6), while Kasia Cooper on the Women’s 400 meters (U-20) ran 1:01.32. On the second day, Michel Guy Robert took to the track again this time for the Men’s 200 Meters (U-20). He ran an impressive 23:09, win +3.7, and HPL 3 (6) and was commended for his gutsy spirit exhibited in the race by the Haitians in attendance. Meanwhile, Kasia Cooper in the Women’s 800 Meters (U-20) ran 2:29.95.

The Head of the delegation, Alain Jean-Pierre was, nowhere to be found throughout the competition. He provided no directions or instructions to the athletes. Both Kasia and Michel were left to rely on the host country liaison officers for assistance. Numerous phone calls and text messages to Jean Pierre’s mobile phone went unanswered, however, all messages indicated reading acknowledgement. It was disheartening and shameful to note the athlete’s lack of direction; no proper competing gears and did not dress in the same attire. It appears that the head of the delegation cares less about the athlete’s welfare and whereabouts. Despite this, it was a good day for the Haitian athletes. This should be a cautionary tale to our leaders that when showcasing Haiti on the world stage, our leaders can and must do better. 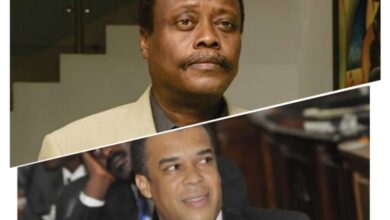 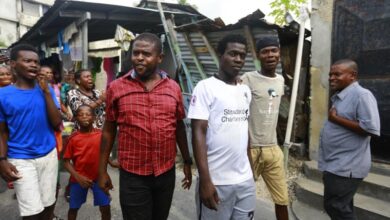 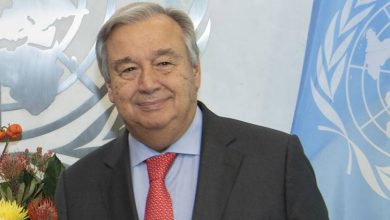 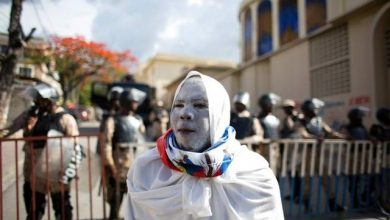