The past few days have been troublesome across the country with demonstrations intensifying and the mounting costs of property loses. Protests against the high cost of living, corruption and the call for the departure of President Jovenel Moïse have paralyzed the nation and most business activities have been suspended in the capital as well as in other cities across the country. Various reports have stated that Port-au-Prince is practically deserted with only a scattering of edgy taxi drivers and very few private cars on the roads. Schools, stores and banks have all closed, while barricades of burning tires can be seen in certain neighborhoods across the capital. In a post on its Facebook page, the national television, TNH reported that the government called on protesters not to destroy any property and that the police and security forces have been ordered to ensure that protesters do not take matters in their own hands and allow people to go on with their daily business.

According to the assistant spokesman for the national police, Gary Desrosiers, the initial demonstrations resulted in one death and two wounded and the security personnel have launched an investigation into the cause of incidents in Cap Haïtien, and the two wounded in Nippes. Meanwhile, three (3) cars were burnt down and three (3) others destroyed by the protesters, while 14 police officers were wounded by stone throwing protesters in Hinche, and 36 protesters were arrested. Earlier this week, violent protesters from the neighborhood of Cité Soleil were seen destroying businesses in Delmas. The young protesters broke into two groups and went on a rampage, destroying businesses along the way, especially the Banque Nationale de Credit (BNC) premises at Delmas 54. The police have since arrested 5 of them and had to use tear gas to disperse the crowd. Other reports have indicated the preliminary casualty at about 10 deaths since the beginning of the demonstrations on Thursday February 7, which happens to be the 33rd anniversary of the fall of the Duvalier regime (François Duvalier from September 22, 1957 to April 21 1971, and his son, Jean-Claude Duvalier from April, 22, 1971 through February 7, 1986).

Meanwhile, the spokesman for the ruling party, Rudy Heriveaux has confirmed that the government is open for dialogue with the opposition. The former Senator called for the formation of an open and transparent government that will bring together people from the ruling party and the opposition. Mr. Heriveaux took issue with some opposition leaders who are adopting a confrontational approach to their political actions bordering on violence and terrorism. The senator does not condone the actions of those destroying businesses and private property in the name of protesting, he added that both the government and the opposition can co-exist despite their differences and assures that while the government is calling for a dialogue, it is determined to improve the living conditions of the people. Also he insisted that the head of state is aware of the economic crisis and knows his responsibility in improving things.

The senator’s pronouncement may explain perhaps the government’s decision to lower the prize of rice, after a working meeting with principal rice importers last week. President Jovenel Moïse made the announcement at the meeting attended by local rice producers from the Artibonite Valley. He noted that rice is one of the main staples of Haiti and heavily consumed and therefore important to subsidize the price of imported rice, as well as the domestically produced one. Given the 50% rise in price of almost all food products, the President promised to subsidize some 8-common foodstuff across the board. He charged Prime Minister, Jean Henry Céant and the Ministers of Agriculture and that of Commerce to reach agreement with the rice producers and importers.

The uncertain economic times have caused the government of Prime Minister Céant to come up with austerity measures designed to show the government is doing what it is preaching during these trying economic times. According to a government policy designed to bring fiscal sanity to the public sector and government administration in general, there are 11 measures adopted, which includes the prohibition of the purchase of new vehicles by government until the end of September 2019, prohibition of car rentals by any government official unless authorized by the PM’s office, prohibition of Ministers and Secretaries of State from official travel unless sanctioned by the PM’s office or where necessary, no delegation will comprise of more than 5 people.  Other measures include the reconsideration of the level and terms of payment for per diem for trips abroad, minimizing the purchase of goods and services by the state, prohibition of using government vehicles on weekends, holidays and after 7pm on weekdays, and the reduction and harmonizing of the salaries of director generals of autonomous organizations. Finally, there will be a 30% decrease in the fuel quota allowed, suspension of purchase of phone cards and instead purchasing prepaid phone cards for public servants, the prohibition of all forms of subsidies unless formally order by the Prime Minister and the demand that Ministers, Secretaries of State, and Directors Generals declare their assets and produce their tax returns.

Finally, the national police have announced the arrest in a drug bust after a plane carrying a considerable amount of drugs was confiscated in Mole St. Nicolas in the northwest department. The plane carrying the drug was said to be a private jet but there was no mention of where it came from. Those on board were arrested and being questioned by the police to determine the owner of the illicit drugs. And a former agent with the palace guard, l’unité de sécurité générale du palais national (USGPN), Jean Ednord Innocent was arrested near the premises of the mobile phone company NATCOM, for stalking President Jovenel Moise. A firearm, several cellphones three (3) knives, private and official license plates, and USGPN uniforms were retrieved from his car. Mr. Innocent was arrested as he followed the president and offered US$20,000 to the officials for his release. 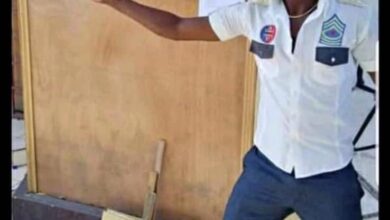 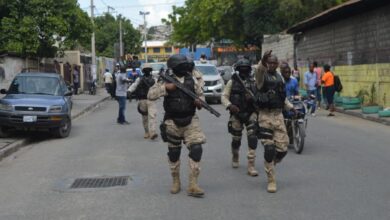 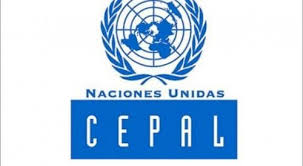 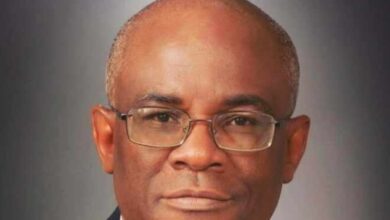