Work to clean and sanitize the locale of the Supreme Court in Port-au-Prince is expected to begin today, after one of the court clerks died of the corona virus. According to the dean of judges in the court, Bernard Saint Vil, the decision to close the courts’ premises to be disinfected was reached in concert with the Minister of Justice. Some judges will be available to handle urgent cases but the rest of the staff and those who wish to come to the court house will have to wait until Monday, June 8, 2020 when the courts will be reopened to the public. The death of the clerk has hit the office hard and the chief judge does not want to take any chances in jeopardizing the lives of other public servants in the building.  Cases of Covid-19 is increasing in the country, topping 2,000 as of last Sunday, May 31, 2020, when public health officials recorded 259 new cases, bringing the total number of positives to 2,124, with a new two day high of 540 cases. Delmas still remains the epicenter of the virus, with 446 cases, followed by Port-au-Prince with 347 cases and then Petion Ville with 169 cases. The Ministry of health also reported 3 new deaths; one each in the Artibonite, West and Northern Departments, bringing the death toll to 44. The total number of suspected cases is 5,244 with some 1395 people quarantined in their homes. With the hurricane season just underway, there is the fear that a combination on weather conditions and the current pandemic can be a lethal threat to the lives of people already living vulnerable conditions. The hurricane season has been forecasted to be more active this year in the Caribbean basin, experts warn that there could be between 18 to 22 tropical storms this year, causing environmental groups such as l’Association des citoyens protecteurs de l’Environnement (Col-Vert) to call on the government to take the necessary measures to protect the population that may already be suffering from the effects of the corona virus.

The board of directors of the World Bank has approved a series of projects aimed at improving air transport connectivity in four countries in the Caribbean, for a total of US$159million. The project aims to strengthen regional connectivity by improving air transport security and infrastructure at the respective airports to withstand increasingly potent natural disasters.  The projects include financing by the International Development Association (IDA) to the tune of US$13m for Dominica; US$17m for Grenada; US$45m for Saint Lucia; and US$84m for Haiti. As these countries have major structural shortcomings when it comes to air transport, the goal is to improve their capacity to take control of their air transport sector, including handling re-routing of airplanes to any of their airports, emergency landings and ability for humanitarian cargo to land in the event of a catastrophe. According to the World Bank’s Director of Operations in the Caribbean, Tahseen Sayed, these series of three (3) projects aim to increase security and overall resilience of key connection points for the Eastern Caribbean, and to help the region once it is open post Covid-19. In Haiti, the project will modernize the air transportation infrastructure, improve security, resilience and regulatory oversight, according to the World Bank’s representative in Haiti, Anabela Abreu. For the bank, the project will play an important role in recovery efforts in the face of the corona virus pandemic, because the Haitian economy stands to gain from the enhanced connectivity and resilience. While upgrading operations, the project will also improve navigation and resilience to natural disasters in order to ensure continuity of essential supply chains and health emergency services. Infrastructure improvements include rehabilitating the runway at the Cap-Haïtien airport, construction of a traffic lane in Port-au-Prince, installation of modern air traffic monitoring and control system as well as drainage system to reduce the risk of flooding. Furthermore, technical assistance will involve vocational training and ways to encourage women to get into the air transport sector.

In other political news, the December 4th Collective, a citizens’ organization is condemning the gross interference of the Secretary General of the Organization of American States (OAS), the Uruguayan Luis Leonardo Almagro Lemes, in the internal affairs of the country. A strongly worded statement was issued following an earlier pronouncement by the regional body regarding the mandate of the current President Jovenel Moïse. According to the OAS, the President’s mandate will end on February 7, 2022, not a year earlier as demanded by most civil society organizations. The OAS called on political and civic organizations to respect the 5-year mandate of the President and to come up with a consensus to allow the President to exercise his functions as stipulated in the constitution until the end of his term. The Center for Analysis and human rights research evoked article 134-1 and 134-2 of the constitution which stipulates the terms of the President’s mandate is expected to begin February 7th of the election year (in this case February 7, 2016) in case the elections could not be held on the scheduled date. So, the Constitution and legal precedents are clear on this; given Jovenel Moïse was elected during the August and October 2015 elections, his term therefore ends in 2021. In response, the December 4th Collective stated that the OAS is breaching Article 1 of Chapter 1 of their own Charter to impose upon the sovereign people of Haiti, what biased positions it wants to take, a position that privileges the interest of certain individuals over the collective interest of the people. 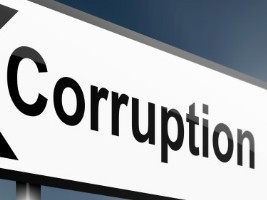 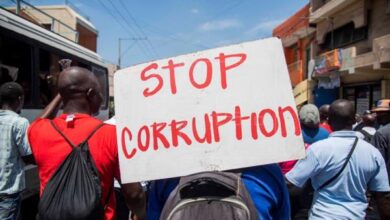