It is without a doubt that the Covid19 or the corona virus has altered the way we do things worldwide. Never in recent history has any single event created panic worldwide, not SARS, not Ebola nor the swine flu. Attempts to contain the propagation of the virus has opened up debate among experts on which is the most effective way to prevent the further spreading of the virus. This debate is vivid in Haiti where the likelihood of the virus spreading and causing unfathomable hardship is a question of when and not if. According to Dr. Laurent Beaugé, forcing people to stay home for a period of 14 days will be the most effective way to flatten the curve, so to speak, by allowing the public health authorities to better identify suspected cases of the virus. He took particular issue with the public transportation operators and users who congregate still in the Tap Taps, veritable source of propagation across the country.  For Dr. Prince Pierre Sonson, containment cannot be easily achieved in Haiti, given the social customs that govern interpersonal relationships across the country. He calls for using this step now to identify potential suspects and where possible, Haitian public health experts would be more successful if they adapt confinement and treatment to local indigenous strategies to come up with an effective fight against the pandemic.

In other news, there has been 15 cases of corona virus detected in Haiti since the Ministry of Health instituted measures to identify and fight the virus almost two weeks ago. According to the Ministry, as of Monday, March 30, 2020, the national laboratory has conducted 127 Covid19 tests out of which 112 came back negative and as of now, there’ve been no Covid19 related deaths reported by the authorities, and one of the initial two victims, the singer Roody Roodboy has since left the hospital and joined his family. Narrating his harrowing experience on his tweeter account, the musician said he started feeling Covid19 symptoms five days after returning from Paris and called health officials to get tested. Though the cost of his hospitalization was taken care of by the health authorities, the singer made some revelations about the unprofessionalism of the health care system in the country. In a country where such health details can easily spell stigma or public resentment, he said he found out about the results of his test on social media and the transportation to the hospital was not well planned either. First told by the authorities that they’re taking him to the Best Western hotel and his family to Tabarre,  plans quickly changed and he was placed in an ambulance and his wife and eighteen month child were put in another and whisked to Mirebalais hospital. At the hospital where he was placed in an isolation ward, he was denied contact with the outside world, and unable to communicate with his family, because they took away his phone while a Belgian patient in similar situation was allowed to keep his phone to be in touch with his loved ones. While medical establishments worldwide are defining efficient containment and treatment protocols, the health experts in Haiti have not come up with any stated policies, content only with the fact that there have been no deaths thus far, all the while not assuring the people that they are able to confront an onslaught of the virus in the event it appears.

Meanwhile in the interest of containing the virus, the Minister of Justice, Luckmane Delille, announced this past Friday, a plan to release some prisoners to mitigate the potential spreading of the Covid19 in the prisons, and called on the population to be vigilant so that the authorities do not release any offenders who can be harmful to the population at large. This decision is in line with that of the UN High Commission on Human Rights (UNHCR) , when the leader, Michelle Bachelet called on all governments to free their low level offenders to avoid the pandemic spreading among this population that is kept in closed quarters. The world health organization also asked similar of governments, to lower their incarcerated population by working to release the elder population, those who are sick and those who pose little to no threat to the public at large. But this approach is a bit problematic in Haiti where there is the fear that wholesale release of low level offenders and those who are rotting in the jails without being tried can lead to government releasing some of the gang leaders and kidnappers who have the support of some politicians. In such instances, the policy might just be counterproductive.  Government Prosecutor, Jacques Lafontant announced a series of 11 criteria to be satisfied before being released, which was discussed with the UN bureau in Haiti, BINUH, civil society groups and the Bureau of Legal Assistance, BAI; criteria which must be satisfied before a prisoner can be eligible for release. The Minister of Justice has promised to conduct a workshop with the government prosecutors in the 18 jurisdictions across the nation.

Elsewhere, the IMF director Kristalina Georgieva announced last week that her institution is working on providing emergency funds to Haiti in its fight against the pandemic, given the vulnerable state in which the country’s institutions are in. This decision is in response to the request for funds by the Moïse/Jouthe administration, when it is clear that with all the ills that the country is facing in recent years, there simply are no resources available to fight the pandemic when it hits. Also, it appears the police who were protesting the institution have scored a victory because the authorities have announced the creation of an office dedicated to respond to the grievances aired during their fight to unionize. The new office will be known as the PNH welfare office, Le Service de Bien Être de la PNH (SEBPNH, and directly placed within the administration of the force.

Finally, the world-renowned Franco-Cameroonian crooner, Manu Dibango passed away last week to the corona virus. A loss, that reverberated across the globe, of this multi-talented musician and humanitarian and friend of Haiti. For the Academie Française member Danny Laferriere, the exceptional Saxophonist’s death was a personal blow. Manu was instrumental in the production of the film, Comment faire l’amour avec un nègre sans se fatigue, based on Dani’s book with the same title, written in 1985. Manu was the one who wrote the music score for the 1989 film, which soon shot Dani to world prominence. In his homage to Manu, Dani wrote that in his eyes, “Manu will not be this man who was taken away by the disease of the time, but rather one drowned in that raucous laugh, in this sensual music, warm and generous, in the River Niger where joy alternates with sadness, where from time to time [your] big body floats for a breathe of air, and [you] continue your journey under the applause from [your] friends always moved by this dazzling life which [you] allowed [us] to admire endlessly.” 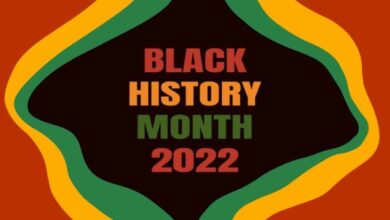 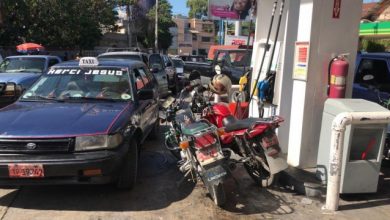 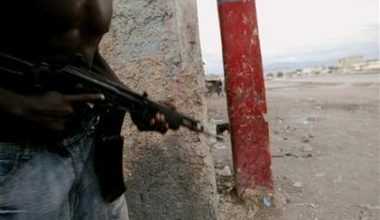