All economic and essential activities in Haiti remain at a standstill during the beginning of the 7th week of protests and demonstrations. The protestors’ aim is the ousting the current occupant of the National Palace, President Jovenel Moïse. Schools, businesses, banks, gas stations were all closed except for some few moto-taxis that were circulating in the metropolitan area. In Carrefour, there were barricades put up with burning tires blocking roads, while the streets were deserted in such neighborhoods as Monrepos, Arcachon, Cote Plage, Fontamara and Martissant. There have been reports of burning tires blocking the road to the Airport, masked men were extorting payments from motorists who tried to use the roads. Workers from the industrial park in the city, SONAPI, also protested for the departure of the President while calling for wage adjustments. In a message delivered in front of the Social Security Office, l’Office national d’assurance vieillesse (ONA), many workers demanded to know what is being done with the money that is deducted each month from their paychecks. A teachers’ protest was simultaneously held at on Rue Capois, near the Lycée du Cent Cinquantenaire in downtown Port-au-Prince.  Last week, on Sunday, a group of demonstrators, who claimed to be part of the national police force took to the streets in Delmas, Pétionville and Cap-Haïtien, calling for the right to unionize and called for better working conditions for the security forces.

At least four (4) people died on Sunday during the protests calling for Jovenel to resign. Two people were killed in Pétionville in a clash between protesters and armed individuals, while in Delmas 95, one person was killed and three (3) others wounded by other unnamed individuals. In what is considered a revenge killing, the protesters killed and burnt a security officer from the Borlette precinct. Abel Lorestant of the political party Pitit Dessalines has condemned the killing of the police officer and reminded the protesters of the goal of removing the President from office. In Saint Marc, residents discovered the lifeless body of two (2) young people who were manning the barricades, suspected to have been victims of a drive by shooting from an armed vehicle around 3am. Some protesters point the finger to the police as the ones who carried out this act.

Meanwhile, the President of the House of Deputies, Gary Bodeau, a close ally of the ruling party has called on President Jovenel Moïse to listen to the voice of the people. In a tweet, the speaker of the house said that in three interviews, the President did not make any overtures towards the demands of the populace. He called for a meeting by the three branches of government to decide the future of the nation, while noting that it is clear, Jovenel Moïse is not the only one on board and everything shows that the crisis is no longer manageable.

But if those calling for the President to resign are increasing daily, it appears the President himself does not share this sentiment, rather he’s determined to guide the nation through this difficult time, arguing that it is important to avoid the chaos that may reign if he abdicates power and allows gangs to fill the vacuum. On the contrary, Mr. Moïse again called for a dialogue with the opposition in hopes of forming a unity government. In a pre-recorded interview, the president affirmed that he will leave power when the moment comes but for now, the people who are calling for his departure are being manipulated. He declared that the crisis has reached a phase where it can be turned into an opportunity, but this will have to depend on the good faith of all the stakeholders, because there is a small group, which is taking the country hostage. Although not talking about resigning, Mr. Moïse believes that the time is ripe to make the necessary reforms that will enhance the quality of life of the people. The president claims that he is not holding only to his mandate but rather holding on to implement reforms that will lead to the betterment of life across the nation. When questioned on why the most representative organizations failed to act on his call for dialogue, the President stated that these organizations have their specific interests to defend and that he is not alone because the opposition has tried many tactics to remove him from office during the last 18 months but he has a mandate from the people to govern and intend to do just that.

If President Jovenel Moïse seems to play hard ball, his main foes, the four (4) opposition senators are even more emboldened in their opposition, given the recent spate of protests that is bringing more people and organizations to their side. Senators Evalière Beauplan, Nenel Cassy, Ricard Pierre and Antonio Cheramy have expressed their satisfaction with the seeming accord of various sectors of the population to join them in achieving their primary goal of removing the president from office. They criticized recent steps taken by the government, especially in the energy sector, as too little too late. Their call is for the President to appear before the justice department to answer for his implication in the PetroCaribe scandal.

Elsewhere, the Minister of Public Health, Dr. Marie Greta Roy Clément and Dr. Moses G.P Chisale announced the presence of two counterfeit medications in the country, as reported by the WHO global surveillance and monitoring system on substandard and falsified medical products. The medications are Augmentin and Amoxicillin Clavulanate Potassium and Bactoclav. The first one was manufactured by Novopharm Limited and TEVA Pharmaceuticals USA with an expiration date of 10/2020 and Lot #35405327A. The second is manufactured by MYLAN, with an expiration date of 5/2020 and Lot # BSTU003. People are warned that these products can be dangerous to their health and the international body has sent out an international alert regarding this falsification and asked health officials to report to the appropriate authorities if any of these products enters their supply chain.

Finally, the FIFA U17 world cup is under way in Brazil and the Petit Grenadier are off to a rough start, losing 2-1 to South Korea in their opening match on Sunday. The match which was dominated by the Haitian team, with a 56% ball possession and 14 shots on goal was not able to stop the south Koreans who ended with 10 men on the pitch.  With the hope to qualify for the next stage, the young Grenadier have a tall order now that they must face Chile tomorrow and France later. They must win both games and hope for a South Korean defeat to advance. 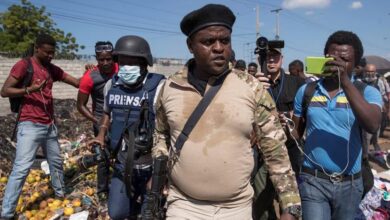 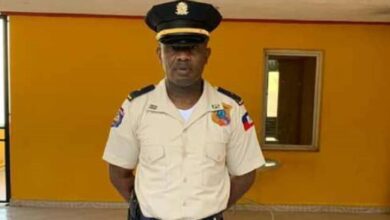 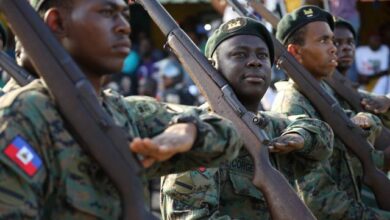