ESSENCE and AT&T kicked-off the countdown to the 25th Anniversary of the ESSENCE Festival with a celebration that honored the power of human connectivity and chronicling the remarkable achievements within the Black experience. The event was held on Monday, June 10th at the New York Historical Society.

The evening’s program began with a special screening of the film “The 25thAnniversary of the ESSENCE Festival”, executive produced by New Orleans native Tanya Lombard, head of Multicultural Engagement and Strategic Alliances for AT&T and co-founder and executive producer of Humanity of Connection. Essence’s moniker for the festival is “the party with a purpose” and the film, a montage of all things that emphasize the substance of the festival is testament to this philosophy. It captures the exhilaration of attendees en route to the festival, performers in action, highlights from the Power Stage that features motivational speakers and influencers; conferences, forums and vendors. The film also speaks to the historical and economic legacy of the festival’s New Orleans residency, a priceless symbiotic relationship that facilitated the phenomenal growth of the Essence community by attracting crowds of over 500,000 annually and generating an estimate of $1billion in revenue for the city. Narrated by rapper McLyte, the script was punctuated by insightful commentaries by members of the “Essence Family” also present at the event, among them Michelle Ebanks; ESSENCE Communications CEO; Rev. Al Sharpton, National Action Network Founder & President; Marc Morial, National Urban League President & CEO;Susan L. Taylor, Founder & CEO, National CARES Mentoring Movement; Editor-in-Chief Emerita of ESSENCE Magazine, Edward Lewis, Co-founder, ESSENCE Magazine and Richelieu Dennis, CEO & Executive Chairman, Sundial Brands; Founder & Chair, Essence Ventures whose acquisition of Essence in 2017 reverted its status to being an entirely black owned company. Film-maker Ava Duvernay though not present that evening was one of the powerful voices in the film expressing how essential Essence has been to the empowerment of Black Women in particular and African Americans in general. The name change to Essence Festival of Culture in the future is indicative of the festival’s expansion and evolution.

The “Humanities of Connection” awards were presented to distinguished individuals whose achievements and influence have elevated them to the status of American icons. Honorees Carmen de Lavallade, Kennedy Center Award-winning dancer, choreographer. Daniel “Dapper Dan” Day, World-renowned Designer, Linda Spradley-Dunn, CEO & Founder, Odyssey Media and Fawn Weaver, Author, Historian and Co-founder of The Nearest Green Foundation were celebrated by a room filled with guests- acknowledgment of their approval.

Essence Festival 2019 will be held from July 5th -7th and along with the usual stellar cast of musical acts and a variety of activities, will welcome for the first time our Forever First Lady, Michelle Obama. Now that will be a fourth-of-July week-end celebration!

For information on the festival: https://www.essence.com/festival/ 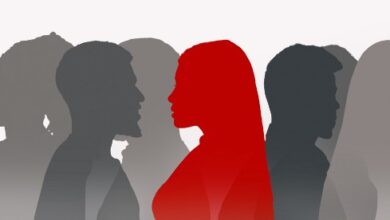