The UN General Assembly concluded its opening session last weekend and President Jovenel Moïse returned to Port-au-Prince. During his time at the 73rd General Assembly, the President listed an inventory of the socio-economic ills plaguing his country since he took office. His speech recognizes that the sluggish economic growth is weighing heavily on his government’s plan for development and sustainable peace. Most of the challenges facing the nation are far reaching and interrelated, such as population growth, rampant urbanization, environmental degradation, extreme vulnerability to natural disasters, and other man-made problems. Always lurking in the background is the effects of the 2010 earthquake and Hurricane Matthew that are still being felt today, with damages estimated at 120% and 32% respectively of GDP. The precarious economic condition is at the root of the popular uprising last July, following the removal of the fuel subsidy as dictated by the IMF, which has notable effects across the country, with the reversal of the policy, death of individuals and the subsequent resignation of the Prime Minister Roger Guy Lafontant.

The President, for the very first time, used the international platform to strongly criticize the IMF for the popular uprising on July 6 through 8, 2018, arguing that the riots have highlighted the fragility of the achievements obtained from mighty struggles, together with gains which must not be allowed to vanish in the absence of adequate support over the long term. Mr. Moïse argued that structural reforms are long term processes that must be tackled, taking into consideration the socio-economic realities on the ground. The IMF’s technical and financial partners have imposed too rigid a condition on the country that provides too narrow a vision for development aid. For the IMF’s aid to be meaningful and sustainable, it must be non-fragmented, less rigid, integrated and coherent in order to address the interrelated development and security issues.

The President also brought out this issue in a meeting with the President of the Inter-American Development Bank (IDB), Luis Alberto Moreno, during one of the side meetings at the UN where they discussed the Bank’s efforts at development cooperation with Haiti and analyzed the bank’s support for the government’s efforts to strengthen the social safety net. The President then reiterated his pending request to the main donor partners for financing social programs ahead of the application of the IMF’s Staff Monitored Program. Mr. Moreno is said to have recognized the importance of the bank’s support in addressing the issues facing the country, especially the removal of fuel subsidies and the concomitant increase in gas prices as issues that the government and the international body are seriously studying. In all, both parties agree to support the initiatives of the president under his caravan of change policy.

Meanwhile, several senators are asking the government to provide more information on the used of funds raised from remittances from the Diaspora, which is rumored to amount to more than US$120million, according to officials of the Bank of the Republic of Haiti (BRH). The funds were raised between July 2011 and August 2018, with a US$1.50 transfer fee. According to Denis Cadeau, Chair of the Senate Education Committee, the financial authorities’ report on the funds is at best sketchy and urges the government to provide a detailed and accurate explanation of how the funds have been used. The Former Director General at the Ministry of Education announced an upcoming meeting with the current Minister, Pierre Josué Agénor Cadet, on the issue. Mr. Cadeau expressed the desire of other senators to be provided with an explanation of how the funds collected under the National Education Fund (FNE) are to be used. In eight (8) years since it was launched, the authorities have not published any detailed report showing where the funds have been allocated in the education sector. Mr. Cadeau believes it is important to convene the heads of all the institutions involved in managing this fund, such as the Ministries of Education, and Finance, Conatel and BRH to shed light on this important issue, which has generated suspicion in the diaspora about how it is being used. Transparency, he added, is therefore very important to restore the faith among the diaspora.

Talking about socio-economic conditions, union leaders are calling for an increase in the daily minimum wage to 750 gourdes, to meet the growing cost of living and increases in fuel and other necessities. According to the President of the Centrale Autonome des Travailleurs Haïtiens (CATH), Fignolé Saint Cyr, several employers have also expressed their interest in increasing the daily minimum to 585 gourdes, thought the unions have been advocating a minimum of 1,000 gourdes. He denounced the wage board,

Conseil Supérieur des Salaires (CSS) which has been dragging its foot, even though, President Jovenel Moïse himself recently pleaded for a minimum wage that is acceptable and socially just. While a new minimum wage was expected to come into effect yesterday, October 1, 20018, the CSS has yet to come out with a report. Mr. Cyr is giving them one week to come up with a guideline adjusting the minimum wage. The unions are calling for a wage floor of no less than 600 gourdes, and any deviation from his will result in workers striking. He also criticizes a strategy of advisors of the CSS and bosses to freeze wages over 3 to 5 years.

Private business owners such as Réginald Boulos and Dimitri Vorbe have also added their voice to the growing wage increase debate, calling on the government to consider a 30% increase to wages, especially for subcontractors working in the textile factories producing clothing for foreign operators. According to them, the increasing socio-economic condition leading to the July 6 -8, 2018 popular unrest and the PetroCaribe protest movements are grounds for economic operators to understand that they cannot continue to ask for more sacrifice from workers. According to Boulos, a former member of the CSS, the sluggish economy is influencing investment which in turn is creating a situation where workers feel increasingly squeezed. In his opinion, workers can no longer be asked to make additional sacrifices and it is up to the business owners to make sacrifices too. He suggested an increase to 558 gourdes while the CEO of Sogener, Dimitri Vorbe recommends a more significant increase to 600 gourdes, while encouraging business owners to unilaterally raise wages even if the government refuses to listen to the workers’ demands, because the increase can only allow workers to improve their purchasing power, which will be good for the economy.

Finally, former Presidential candidate and leader of the progressive democratic party, Rassemblement des démocrates nationaux progressistes Éric Jean-Baptiste is receiving medical care after surviving an assassination attempt on Monday, October 1, 2018 in Port-au-Prince.  Prime Minister Jean Henry Céant condemned the attack and promised to work to improve security in the country. Another victim to the senseless violence is the agronomist Herbert Saint Louis who was stabbed to death last Friday night. Monday October 1, 2018 marked the opening of some important institutional events of the country; from the official opening of the judicial year, which was done in the presence of the authorities and diplomatic corps, a thanksgiving mass by the Office of Taxation in honor of the beginning of the fiscal year, and the Haitian Creole Academy, l’Académie créole haïtienne,’s launching a series of activities marking October as the Creole language and culture month. 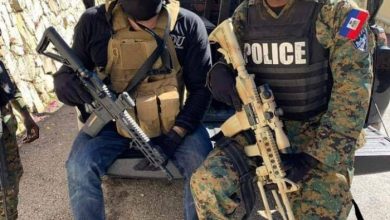 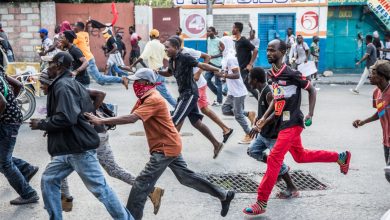 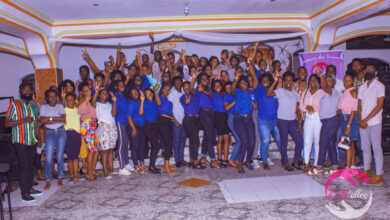 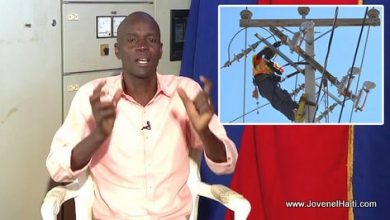