President Jovenel Moïse is in New York for the 73rd General Assembly of the United Nations which began Monday, September 23, 2018 to Friday, September 28, 2018.  The Haitian head of state is expected to meet with his American counterpart, Donald J. Trump and John J. Sullivan, Under Secretary of State. Mr. Moïse will also meet with the President of the Inter-American Development Bank, Luis Alberton Moreno and the UN Secretary General Antonio Guterres.  The President will also participate in a high- level roundtable discussion on the theme of “establishing sustainable ways to end cholera in Haiti: two years to go through the final stage”, organized by the office of UN Secretary General’s Special Envoy to Haiti, Josette Sheeran. After this, the president will be the keynote speaker at the Concordia Annual Summit, which is taking place this year under the theme “Disaster Preparedness in Haiti’s Development”. He will then take part in Bloomberg Global Business Forum’s roundtable under the topic: “Building Resilient Economies and Preserving Marine Ecosystems in the Commonwealth Coastal Countries and Haiti’. Besides taking part in the debate on the floor at the UN General Assembly, the President will meet with the Haitian Foreign Press as well as Haitians living in the New York Metropolitan area. He returns to Port-au-Prince on Friday, September 28, 2018.

The latest Human Development Report published by the United Nations, which ranks countries on a scale that reflects their move towards development, has shown that Haiti ranks 168th on the Human Development Index (HDI), the only country in Latin America and the Caribbean to be ranked so low. The same position was held in 2014. Between 2012 and 2017, the country did not register any significant increase in the indices whereas the index has increased across the region. According to the UNDP, Haiti’s HDI has increased a mere 21.7% from 1990 to 2017. IN 2012, we ranked 158th, 161st in 2013, 168th in 2014 and 163rd in 2015. The main criteria that go into this important measure are wealth, life expectancy, and education, all of which have barely improved in the country during the time period. During the same period, 1990 through 2017, the gross national income (GNI) decreased about 12.6%, while life expectancy at birth increased by nine (9) years, average years of schooling increased by 2.6 years, while planned years of schooling increased by 2.1 years. The countries in the Caribbean region with impressive ranking are Bahamas (54th), Barbados (58th), and Trinidad and Tobago (69th). The Dominican Republic inched upwards 8 places from 102nd to 94th place this year with an HDI index of 0.736.

Still in the spirit of the United Nations, the Haitian Institute of Statistics and Informatics, l’Institut haïtien de statistique et d’informatique (IHSI) organized a workshop from September 18 through the 20th in preparation for the 5th General Census of Population and Housing at the Montana Hotel. This workshop which was also a simulation census aimed at detecting the methodological and material flaws that could hamper the general census which is planned for the months of March and April 2019. The workshop was the perfect venue to analyze results from a simulation census conducted during the months of July and August 2018, with the aim of predicting and correcting any obstacles that may potentially affect the actual census planned for next year. The pilot census was conducted in four departments and eight communes, divided into one hundred and twenty census tracts. After training field officers and supervisors, people were sent to the targeted areas to complete the work. In all, 120 census workers, 24 supervisors, 12 ASTICs, 16 trainers, 4 auditors, 8 commune officials and 8 departmental managers took part in this pilot study. The decennial census which takes place every ten years has been mandated by the UN in the hope of getting an accurate count of people in each nation. The last census conducted in Haiti was in 2003 but there are signs that the population has changed significantly over the years, given the natural disasters and migration pattern of the Haitian. Unlike previous census where the counting is done with pen and paper, this year’s census will be done electronically. Some 15,000 census workers and 3,000 supervisors will be deployed across the country to undertake this exercise.

Back to the new administration, the human rights group, La Plateforme des Organisations haïtiennes des droits de l’homme (POHDH) expressed their surprise and dismay at the appointment of three new ministers in the new administration of Jean Henry Céant. Though civil society was quiet in the beginning, giving the incoming administration the benefit of the doubt, they quickly realized they cannot stay silent any longer, given that the administration out rightly flaunted the law by their non-compliance with the 30% quota for women in the administration. This move is considered contrary to what the President has been saying all along, a government that reflects the wishes of the people and able to work for the people. The human rights group calls on the government to do the right thing by the people.

Elsewhere, a series of investigations into human trafficking related to Haitian migration in the Dominican Republic reveals a connection between officials in the Haitian Embassy and a network of counterfeiters across the border. The fraud provides fake documents to Haitians and Dominicans to travel to Chile, all documents provided by people working in the Haitian embassy. Since the story broke in the Diario Libre newspaper, officials at the embassy promised to investigate further and bring the perpetuators to justice.

Finally, the geological service authorities have informed that from January to August 2018, there have been some 26 small scale seismic activities recorded by the agency, registering 2.9 to 4.6 on the Richter scale, as reported in the agency’s newsletter. This information was made pulic by the Director of the Bureau of Mines and Energy, Claude Prépetit, at the 56th Monday press conference, organized by the Ministry of Communication. According to the director, the geological observatory located on the premises of Loyola Polytechnic in the Dominican Republic; there have been over 300 micro-seismic actions during this period with 250 of them below 2.9 on the Richter scale. The most affected areas are located in the West, Nippes and the Grand North. There are five (5) VSAT type networks available to the country, located in Cap-Haïtien, Hinche, Léogâne, Port-au-Prince and Jacmel that allows bi-directional communication by satellite from satellite dish antennas on the ground to a geostationary satellite. Officials warned that seismic activities are erratic and can occur at anytime so the best way to avoid any casualty is to be prepared. When one finds themselves in an earthquake area, the most prudent thing to do is to protect your head with your hands, or seek shelter under a solid building, stay away from buildings on pillars and trees, when you are outdoors. After that, turn off gas and electricity and evacuate the building and do not return until it is safe to return. Also, do not take the elevator and do not touch any electrical wires that may be lying on the ground, but most importantly, listen to the radio and follow instructions from the authorities.

Construction on a new police hospital at Croix-des-bouquets in the North of the capital is going on well, as evidenced by a visit to the worksite by the new Prime Minister, Jean Henry Céant, accompanied by the first lady, Martine Moïse, Minister of Justice, Jean Roudy Aly and the Mayor of Croix-des-bouquets, Rony Colin. There were demonstrations in the capital this past Sunday on the mismanagement of the Petrocaribe funds, dubbed #PetroCaribeChallenge; The leader of the Dessalinian popular movement, Mouvement populaire dessalinien (Mopod) Dunois Erick Cantave, believes that the new Prime Minister does not have the capacity to address the socio-economic malaise afflicting the country, while the office of human resources is organizing a seminar this week to address reforms in the administration. 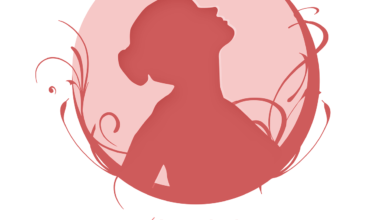