The Queen of tennis, Serena Williams recently lost the Grand Slam championship to the youthful, 20-year old Naomi Osaka. The event captured more than a victory for Osaka and a loss for Williams, it more so captured the daily struggles of Black women and the missed opportunities to celebrate when one of us emerge victorious. In reality, two Black women (Osaka is half Haitian) competing at the summit of a such a sport is beyond an incredulous display of Black excellence. In fact, it is a rarity we have only seen with the magic of Serena and her older sister Venus, the trailblazers for Osaka. However, the most recent event that captured yet another iconic moment in the life of Serena, has become even more significant because we witnessed the familiar frustration of Black women in the U.S., as the unfair treatment of the Queen was evident. And we sighed collectively in exasperation. These unfair actions are all too familiar to Black women as their every stroke to win in professional fields is often met with punitive strikes from systemic racism and sexism that many times lead to sistas being pitted against each other. This concrete ceiling (the dual struggle with race and gender) that black women historically struggle to break stands systemically resistant to the giftedness and resilience of our women. Black women graduate at higher rates from college than any other group, yet we are underemployed and underpaid despite perfecting the divine ability to forgive, cuddling hope and faith as a second skin. The trope of the “welfare mom” is stronger than the beauty and brains of the millions of Michelle Obamas, the discipline and dedication of the millions of Serena and Venus Williams’ and the many Naomis who will eventually learn that the sweet oblivion of the hopeful few who look away, does not protect you from the drama of the concrete ceiling of being a Black woman. Albeit, Naomi is a child of immigrants and typically, the immigrant experience of Blackness is different and often include a naivety about the importance of race in the quest for upward social mobility.

Sisterhood is the Cure

Naomi has managed her career through the inspiration of Serena. To beat her idol must have been surreal, only to be marred by boos. However, Serena emerged as the Queen she is, by hugging her little sister of tennis, Naomi and talked her through that uncomfortable moment. That is what sistas do. We reach back and shine the light on and for each other. In fact, that single moment stood out for me as the greatest moment in the Grand Slam debacle, a sista, comforting another sista and reminding her of her greatness, despite feeling like an “angry Black woman,” yet again challenged by the fangs of the colonizer. I look forward to Naomi soaring into a beacon of Black excellence, continuing to affirm her Africanness, upping the ante with the fire and fury of her Haitian ancestry and subsequently standing for and with her sistas. A luta continua.

Jamaican born and raised Nadine L. Leblanc is an Educator and Cultural Critic residing in South Florida. She is currently a PhD candidate at Florida Atlantic University in Educational Leadership and Methodology. Email: nadshawl@gmail.com 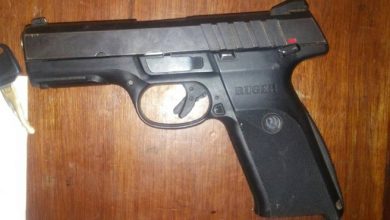 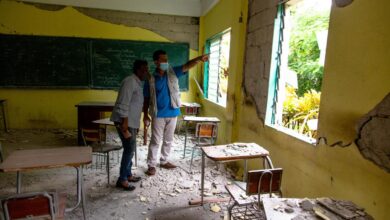 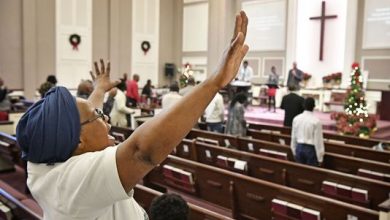