Although he is yet to be confirmed, newly nominated Prime Minister Jean Henry Céant’s cabinet consisting of 18 Ministers and 4 Secretary of States was made public last week. The new government which also consists of 17 men and five (5) women is causing different reactions across the political spectrum. Unlike civil society that has not yet commented on the new cabinet, lawmakers have been swift in their condemnation of the newly appointed ministers. The new cabinet appears to be a reshuffle of the Lafontant administration with six (6) ministers from the old administration still present in the new cabinet. The representatives of Grand-Goâve, Jean Marcel Lumerant and that of Marigot, Deus Deronneth both members of the group of 16 took the appointment as a provocation. Taking to tweeter, Deputy Lumerant laments that the appointments were a sign of disrespect on the part of the President of the Republic towards the parliamentary institution and an affront to democracy. Some of these new/old ministers were previously arrested for incompetence, and others, according to various Deputies, were not qualified for the office for which they were appointed. The president has re-appointment the same lawmakers whose actions led to the resignation of the former Prime Minister following the July 6 and 7 unrests after the removal of the fuel subsidy. Despite the publication of the new cabinet in the official gazette, policies proposed by the incoming government are yet to be ratified by the legislature, almost a month since the Prime Minister has been nominated.

In a new development, the UN Assistant Secretary-General for Peacekeeping Operations, Ms. Bintou Keita reported to the Security Council that the situation on the grounds in Haiti is “volatile” and warned of high risk of major trouble ahead. Reporting to the international body on MINUJUSTH, the peacekeeping mission that replaced the MINUSTAH, Ms. Keita recalled the violent outbreak across the nation in July after the government’s decision to remove fuel subsidies, resulting in loss of life and property damages. Although the decision has since been reversed, Haitian authorities have not sought to address the root causes of this social upheaval, neither has the legislature approved and ratified the policies and cabinet of the newly appointed Administration, almost a month after the nomination, making it impossible for the country to properly function. Ms. Keita further echoed a popular resentment among the people fueled by revelations about the alleged perks provided to officials and the debate over the mismanagement of the PetroCaribe funds. Also problematic is the rising level of gang violence that is testing the resolve of the national police and straining their resources. Transitioning to a UN presence in Haiti after October 15, 2019, that is not peacekeeping mission is proving to be a challenge while other challenges include the slow movement towards adopting laws that improve access to justice and an effective functioning of the prison system.

The second ordinary session of the legislature came to a close on September 10, 2018 with lawmakers going away with little by way of legislative achievement. The Speaker of the Senate, Senator Joseph Lambert was quick to point out that the inaction of the lawmakers on such issues as ratifying the incoming Céant administration’s policies should not be attributed to the legislature but to the Executive branch of government. While he recognized that some of the criticisms of the legislative body could be valid, he called on his peers to realize that there is a lot of work to do when they return. He called on the President to call a special session that can study the dossiers of the nominated ministers in order to approve them to resume their functions. Always on the nation’s mind is the mismanagement of the PetroCaribe funds which the lawmaker plans to take up when he comes back.

Meanwhile, the member of parliament from Cercavajal, Antoine Rodon Bien-Aimé announced that he has a group of 20 to 30 of his colleagues who are willing to ratify the general policy statements of the newly nominated Prime Minister Jean-Henry Céant, without negotiation with their colleagues. The group of lawmakers want this done as a way of teaching the Northern lawmakers who have so far been recalcitrant and demanding the reinstatement of the Minister of Cooperation Aviol Fleurant in the new government. However, the Deputy from Petionville, Jerry Tardieu criticized the attitude of seeking the reinstatement of the Minister while at the same time looking for a part of the cake in the current government. Some residents in the city have confronted some of the parliamentarians for negotiating positions in the government and have called for the legislature to be dissolved in the face of the current deadlock.

Finally, the Ministry of Tourism has joined the diaspora to honor and celebrate the 50 years of existence of the musical group Tabou Combo. Thousands of fans gathered to listen to their favorite band at Eisenhower Park in New York on Labor Day weekend, Sunday September 2, 2018 and again at the Queens Public Library in Jamaica, Queens. The Ministry of tourism took the opportunity to educate the masses on their latest campaign, “Zafè Touris se Zafè Tout Moun” which aims to encourage the diaspora to consider coming home for vacation as one of their priorities because “Lakay se Lakay”, because Haitian tourism is the responsibility of each and every one in the diaspora. The message was received with much enthusiasm by the crowd. The Ministry honored the group and Richard Urbain for their work and support for the music industry in Haiti. Groups present to honor the golden jubilee included Sweet Micky, VAYB, Kaï, Nu Look, Djakout #1, Zenglen and a host of other artists who were there to pay homage.

In sport, the Haitian government was happy and indeed the large part of Haiti and its diaspora for the victory of Naomi Osaka over her idol, Serena Williams to win the US Open this past Saturday. The Minister of Youth and Sports, Régine Lamur declared that Naomi has always declared her Haitian heritage with pride and deserves all our congratulations for projecting a positive image of the country through her athleticism, especially during these two weeks at the US Open. She thanked her father Léonard François for believing in her and allowing her to develop her talents. This should serve as a motivation and pride to other youth to pursue their passions.

Elsewhere, the Grenadiers were just too much for the Saint Marteen national team in their CONCACAF League of Nations match Monday at the Silvio Cator stadium in Port-au-Prince. With a score of 13-0, the coach Marc Collat could not rightly assess the qualities of his squad because the visitors were simply no match for them. The star of the night was Dukens Nazon who was able to score some five goals, with Charles Herold Junior, Arcus Carlens, Frantzy Pierrot (2 goals), Derick Etienne, Tony Mouskiva and Jeff Louis providing all the remaining goals.

Last Wednesday morning, a small earthquake registering 3.1 on the Richter scale jolted Gonaïves by 9:44 am. The epicenter of the quake was located 17.7Km offshore west of the city, according to the seismologist department of the Ministry of Mines and Energy, l’Unité Technique de sismologie (UTS) du bureau des Mines et de l’Energie, en association avec le Ministère de l’environnement (MDE). No damage to persons or property has been recorded. Seismic activities are common these days and geologist Claude Preptit has always warned the government to put in place real measures in order to limit damages and loss of life in the face of another dangerous quake. 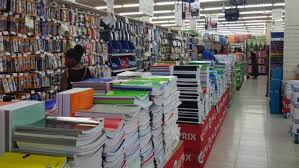 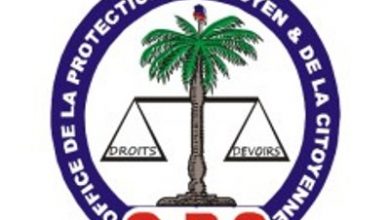 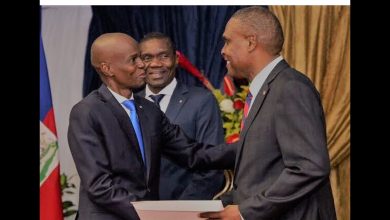