Monday marked the beginning of the 2018-2019 school year and the official launch took place at the Celie Lilavois public school (l’école nationale Célie de Lilavois) in the presence of President Jovenel Moïse and members of his administration, including the Ministers of Education, Pierre Josué Agénor Cadet; of the Environment, Pierre Simon Georges; and Interior, Reynaldo Brunet. The grand opening ceremony was held under the theme “An inclusive school for a united nation”. In his address to the gathering, the President praised the students, their teachers and parents for the steps taken to educate their children and advised the students to take their studies seriously. He proceeded to distribute some school supplies such as backpacks, pens and notebooks to the students, who in turn offered a wreath of flowers to the president. Beyond the distribution of school supplies, the President and his team went on to launch the free school lunch program which is designed to alleviate the burden on parents, especially in an increasingly morose socio-economic climate.

Despite the fanfare with which the President launched the official Back-to-School ceremony, there were those who found the economic conditions more morose to temper the positive image from the government. Despite the regularization of the teaching status of most teachers last week, there are still arrears to be paid to teachers. There were a small number of protesters at the event who denounced both the President and his Education Minister for ignoring the teachers and doing very little to improve their working conditions. They were there to protest the government and as an expression of their dissatisfaction with the administration were hurling stones and invectives to the gathered public figures.

Meanwhile, across the country and in the capital, the beginning of school was met with mixed results, as the economic conditions have made it difficult for most families to get their children ready for the first day of school. While some students could be seen in the streets with their new uniforms and school bags, others were still at home waiting for their parents to come through with their school supplies, while the queue in front of the Henry Deschamps book suppliers were long and winding, as parents rushed to purchase textbooks from the only supplier of government subsidized textbooks. In a country where three quarters of schools are private, the cost of education varies from school to school. The government recently attempted to come up with a resolution to control school fees which the people think is exorbitant, but in a country where public schools are in short supply, the government is threading carefully by adopting a non-confrontational approach to dealing with these private establishments.

In other news, the mandate of the President of the supreme court (Court de Cassation) is stirring controversy within the judiciary and procrastination by the Executive and Legislative branches of government. According to the chair of the senate judiciary committee, Jean Renel Sénatus, the legislators must apply the law with regards to appointing judges to the high court. The former government prosecutor noted that the current head of the court of cassation, Jules Cantave’s term of office has come to an end will likely remain in office for the next three (3) years. The Senator wants the laws regarding appointments to the highest court of the land to be applied to avoid instances of open confrontation between the judiciary and lawmakers, on applying the law on such issues as appointments to the court. He promised to act on new recommendations from the Chief justice to improve the application process for seats on the court of cassation. The senate must make three recommendations for each vacancy on the court.

Following a request from President Jovenel Moïse for recommendations to fill in the vacant seats on the courts across the country, Senator Sénatus is determined to work in a non-confrontational way with the leaders of the other two powers, to address this judicial handicap. For several years the Court of Cassation has been painfully understaffed due to absences for health reasons or expired terms for others.

Elsewhere, the Senate President Joseph Lambert is blaming the Executive branch of government for the slow pace at which the ratification of the nomination of the new Prime Minister, Jean Henry Céan, is going on.  Speaking to reporters, the senate president said that the special committee that studied the documents on the Prime Minister has completed and submitted its findings since last week, and he’s been waiting for a letter from the commissioners inviting the appointed Prime Minister to appear before the senate with his cabinet and policies. The Senate President said that both he and his House of Deputies counterpart, Gary Bodeau, have not received a copy of the list of names of the various members of the cabinet nor the policy proposals which should be submitted 48 hours before ratification.

The PetroCaribe issue seems to be an interesting development that is causing a lot of concern for both supporters and detractors alike. Beyond the protests by the opposition groups to see those accused in the report, there is no denying that the issue is dividing the nation and not coming to an end anytime soon. One of the protagonists mentioned in the report, the current Chief of Staff under the Jovenel government Wilson Laleau said he’s the object of a political lynching orchestrated under the cover of the investigation, by his political opponents whose aim is to deliver him to the popular vengeance of the people to prevent a real investigation into the use of the PetroCaribe funds. Speaking on Télé Métropole, visibly in tears, the former Finance Minister under the Martelly government, broke his silence on the issue to deny any involvement the embezzlement of the funds. He accused former President Jocelerme Privert as one of the instigators of the accusations that the media took up and the toll on his family is too much to bear. Visibly in tears, the former Vice-Chancellor of the state university of Haiti, said the persecution takes the form of death threats, shootings at his home and interdiction for him to travel outside the country. He noted that his persecution was launched against ministers who adopted a resolution on the port of Port-au-Prince under the Martelly administration.  To him, those who are carrying out this political lynching are not interested in actually getting to the bottom of the issue and shed light on how the funds were used. He thinks a real inquiry is needed, unlike the report of the two senatorial committees which he considers a crime. He rejects the charges levelled at him because it is impossible for a minister to order disbursements outside the standard disbursement procedures of the office of monetization of official development assistance, BMPAD. 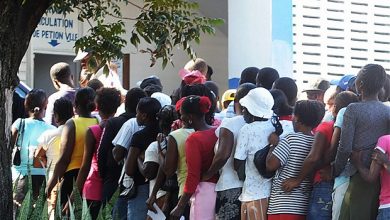 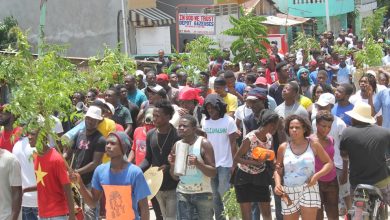 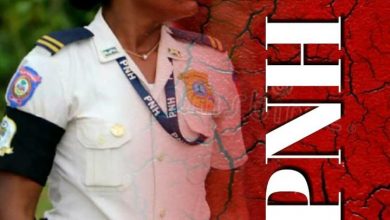