President Jovenel Moïse was in Lima Peru, last weekend to attend the 8th summit of the Americas, a regional gathering of leaders throughout the western hemisphere where he met with the Canadian Prime Minister and US Senator from Florida, Marco Rubio. Taking to twitter to announce the important meetings he had with other leaders in the region, these two were particularly poignant as they directly relate to issues dear to the country. The meeting with the right-wing senator Rubio focused largely on issues of mutual concern to both the US and Haiti and more particularly the status of Haitians with Temporary Protective Status TPS.

The theme of the summit was democratic governance and corruption. President Moïse made a lively plea of the various actions his government is taking to stem out the rampant corruption in the country, just as he proclaimed on Haitian media, last December on “Pawòl chanjman”, a weekly radio program in which he acts as a presenter, to the effect that he’s the only one with the solutions against corruption in Haiti. But for lack of time, the President has been unable to follow through on his weekly program which was announced with pomp in early 2017 by his governing team.

Mr. Moise’s post summit pronouncements point to satisfactory and fruitful meetings with leaders such as Canadian Premier, Gary Trudeau as well as with Caribbean leaders who discussed the challenges facing the Caribbean and the future cooperation between their countries. Haiti, like the other Caribbean nations want an active partnership with their northern neighbors based on mutual respect. The Canadian Ambassador to Haiti also underlined the historical relationship between the two countries, which shared a special tie founded on mutual respect and deep friendship among the two peoples. Canada recently announced a US$50million aid for agricultural and environmental development as part of the President’s KaravanChanjman, or the Caravan of Change. The Canadian funds are targeting projects in the mostly agricultural South.

On issues pertaining to the TPS status of Haitians, a report in the Miami Herald shows that the US CItizenship and Immigration Services (USCIS) shows that an 18-page memo released last October revealed that many of the original conditions that prompted the Obama Administration to designate the TPS status is January 2010 still persist. This view differs sharply with what the USCIS Director Francis Cissna wrote to the Secretary of the Department of Homeland Security Kirstjen Nielsen on November 3, 2017.  In the memo, Mr Cissna acknowledged the report but concluded that Haiti has made significant progress in recovering from the earthquake and no longer meets the conditions that prompted TPS designation in the first place. His justification was based on the fact that the MINUSTAH forces left the country without incidence while the elections and transfer of power was smooth with the incoming President promising to rebuild the infrastructure, and the disappearance of most of the temporary camps. GDP growth, however abysmal has mostly stayed positive at 1.6 percent since 2010 and this is touted as positive signs that things are going on fine in the country.

However, the report which came out just a month earlier spoke of the challenges facing the recovery efforts. Chief among these are the humanitarian needs including food insecurity, internal displacement, returnees fleeing the Dominican Republic, cholera as well as the lingering impact other natural disasters. Furthermore, most of the billions of dollars pledged by foreign entities and assistance never materialized, further slowing down the recovery efforts. All these came to light after a group of Haitians and their lawyers took the Trump Administration to court to try to avert the July 2019 deadline of TPS status for Haitians. Based on the mounting problems that the country is facing, scrapping TPS and deporting all these 40, 000 emigres back to Haiti would be devastating for the fragile economy at this time.

The US Coast Guard returned some 50 Haitians caught on the seas trying to reach the island of Turks and Caicos. The overcharged boat carrying some 127 migrants was intercepted on the coast of Cuba and some 77 of them had reached into the Cuban waters and were captured and detained. The rescued migrants, 40 men, 5 women and 5 children were rescued before their boats could face the rough choppy Caribbean Sea where they set sail on April 5, with the price tag of 25,000 gourdes to be ferried across to the Bahamas. Meanwhile, according to new data from French office for the Protection of Refugees and stateless persons, l’Office Français de Protection des Réfugiés et Apatrides (OFPRA) Haïti is the third highest country among asylum seekers in France in 2017. OF the 100,755 registered requests for asylum, 5,744 were Haiti nationals. But despite their number, only 5 percent of the requests were granted.

Finally, migrating to Chile is becoming more difficult with a new law that came to effect on April 16, 2018. According to new immigration measures introduced by the new President Sebastian Piñera, Haitians seeking to go to Chile must now obtain a visa from the Chilean Consulate in Port-au-Prince. The move is seen by some as discriminatory against Haitian immigrants because while all tourists are accorded 90-day stays, Haitian tourists are now allowed only 30-day stays. And those who plan to reside in Chile must apply for one of 10,000 humanitarian visas that will be set aside annually for family members or Haitian nationals studying in Chile up to age 24. These are plans in place by the incoming billionaire president who ran on an anti-immigrant platform. 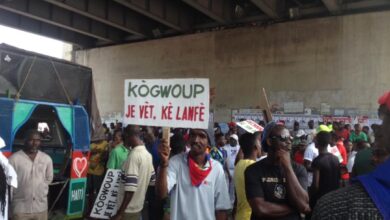 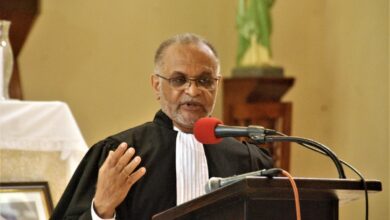