Although organizations in the Diaspora have named their choice for interim Head of State at a recently convened meeting and the Montana accord signatories have also chosen a five-person presidential committee, interim Prime Minister Ariel Henry made it known once and for all that the next person to sit at the National Palace will have to be duly elected by the people, product of an open fair and transparent presidential election. On Monday, while introducing the new Minister of Culture and Communication; writer Emmelie Prophete, the Prime Minister addressed current events that will affect the future of the nation. Specifically, organizations in the Diaspora have selected the economist, Fritz Alphonse Jean as the new transitional Head of State, while the Montana Accord monitoring group in concertation with the Protocole d’Entente Nationale (PEN) have decided to come up with a presidential college consisting of five members and a Prime Minister to head a two-year transition government. As for the Diaspora group, Fritz Alphonse Jean and the general coordinator of the people’s organization, OPL, Edgard Leblanc have submitted their papers formally declaring themselves presidential candidates.

Warning the pretenders to the presidential palace, PM Henry made it clear that the next tenant at the National Palace will be a freely and democratically elected individual by the majority of the people, in effect signaling to the signatories of other accords looking to install a president and prime minister that it would not be possible during his transition period. The PM stated that political instability has already cost the nation dearly, and as such, it is imperative for all to put aside partisan ambitions and help set the country on the path of creating a secure and stable environment conducive to the revival of economic activities and to organize of elections. Mr. Henry further stated that there is no legal or constitutional way to choose a legitimate provisional President, because no one has the authority, except that others would resort to violence or the physical elimination of the head of state (possible reference to the assassination of President Jovenel Moïse). And after such a sad episode in the recent history of the nation, it would be very dangerous to go down this barbaric road to change leaders.

With journalists of all stripes present, the Prime Minister took the opportunity to repeat his call for dialogue with all stakeholders. The PM repeated his promise to dialogue with all factions in the political arena and was able to do so, with all, including political leaders, civil society leaders, ordinary people and religious leaders which culminated in the September 11, 2021 accord and affirmed to still be open to bring in those who are still bent on alternative approaches to getting the country out of the rut. In his speech, the prime minister said to reach out once again to the signatories of the Montana accord and to the signatories of other agreements in Haiti or in the Diaspora that the time is not for quarrels or fratricidal struggles for the conquest of ephemeral power, but in these difficult times, the Haitian people cannot engage in the game of musical chairs at the head of the State.

In other news, former senator John Joël Joseph, who was wanted in connection with the assassination of former President Moïse has been arrested in Jamaica. According to Jamaican police, Senator Joseph and three other Haitian nationals have been found in a rural area where they were living in hiding. They were suspected to have arrived on the island by boat since December 2021. Other people found with the former senator were his wife and two children. Last month, the human rights activist Pierre Espérance decried the way the government has been protecting senator and Joseph Félix Badio, key architects of the assassination of the former president, whose flight out of the country benefited from protection from the government including the prime minister’s office. The former senator is the second suspect to be arrested in Jamaica, after the former Colombian mercenary, Mario Palacios Palacios. His arrest comes on the hills of that of Rodolphe Jaar, who was arrested in the Dominican Republic at the request of the FBI, and requested to be extradited to the US instead, where he plans to cooperate with the US investigators.

Meanwhile, the investigation into the assassination of the president is taking on a new turn as the US Congress ordered the opening of an investigation into the July 2021 assassination of President Jovenel Moïse. The murder which is still has many questions unanswered is to be investigated and a detailed report submitted to the senate by the state department in three months. The report must also examine whether there has been interference in the official investigation and whether any of the suspects may have been employed by the US government in the past. Earlier this month, a former Colombian soldier accused of having been part of the group of about twenty men who killed Jovenel Moïse and seriously injured his wife in their presidential residence in Port-au-Prince, on July 7, 2021, was charged in the United States. More than 40 people, including fifteen Colombians and Americans of Haitian origin, have already been arrested as part of the investigation.

After three years without their school doors opened, children in Boston, a neighborhood in Cité Soleil, began finding their way back to school last Monday, and parents could not be happier. The l’école nationale de Cité Soleil was closed in 2019 due to the increasing violence in the neighborhood. This is a dream come true for parents in this impoverished neighborhood. The morose and agonizing decor in this deserted district of Boston did not take away the desire of these children to sit on their school bench again. The schoolyard was crowded with schoolchildren, and a wall erected a few meters from the school separates Boston from Brooklyn, rival neighborhoods. For some children, this is their first time in school. Others have already missed three years of their educational life due to clashes between armed gangs.

Finally, in the spirit of helping our brothers and sisters who are victims of the August 14, 2021 earthquake who have still not rebuild and back into their homes, the group, Vandredi Anba Tonnèl is calling on all of us to donate to the organization in order to help families in the South, who are still living under tents, tarps and sheets, after the earthquake and tropical storm Grace. Those able to help are encouraged to go to https://www.gofundme.com/f/lets-help-affected-families-rebuild-their-homes and donate generously. Any amount is accepted, and we encourage all to share the link with family and friends. 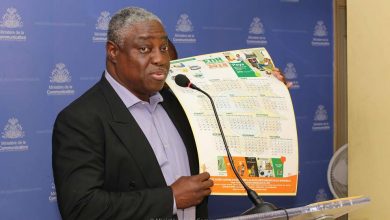 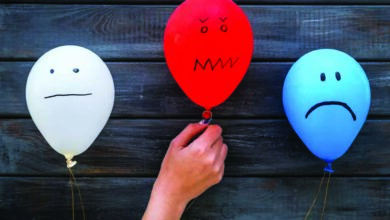 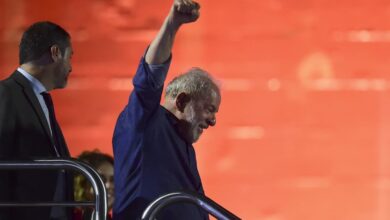