The level of insecurity and general malaise that has gripped the country in recent months has gone beyond a temporary stage in the affairs of a nation to reveal a systemic deterioration of the situation in the country. At such rate, not even the judiciary is spared. One can recall the assassination of the President of the Bar Association of Port-au-Prince, Justice Monferrier Dorval, who was assassinated in his home in Pelerin over a year ago on August 28, 2020, while the assassins are still at large. According to Mr. Ainé Martin, President of the National Association of Haitian Court Clerks, criminals broke into the courthouse in the court of first instance of Port-au-Prince, where documents pending before the court were stolen including the dossier on the assassination of the judge. While officials confirmed the theft, the president of the court, Mr. Bernard Saint-Vil, indicated though the criminals took the safe where the documents have been stored, no document was stolen from the Cabinet of Judge Garry Orélien who is investigating the assassination of President Jovenel Moïse. The President of the court wanted to allay any fears regarding President Jovenel Moïse’s dossier, stating that the magistrate in charge of the dossier was smart enough to make special arrangements to secure all documents in the case in particular the minutes and other documents. No minutes were destroyed or taken away during this break-in.

Elsewhere, the fuel shortage is creating other needs as well, as the water company, DINEPA warned that the shortage may affect its ability to provide potable water to the people. This is coming on the heels of other vital state institutions such as hospitals and businesses that are forced to operate on reduced schedule. According to the President of the water company, DINEPA, Guito Édouard, the company needs 18,000 gallons of diesel to run their facilities in the metropolitan area for 10 days or two weeks, and to date, they’ve not been able to get any assurances, having contacted the authorities in the past several days. Almost close to a month now since the fuel shortage hit the country, as a result of the gangs blockading the road to the fuel terminal at Verreux, there seems no end in sight despite the numerous assurances from the government. The Chief Officer expressed that money is not the problem with the DINEPA because; thanks to a contribution from donors such as the InterAmerican Development Bank (la Banque interaméricaine de développement (BID) or UNICEF, there is sufficient funds to buy the fuel needed to supply their customers. The company has more than 20 stations across the Port-au-Prince metropolitan area whose operation depends on generators using diesel to run them. Without fuel to operate the generators, communities such as Delmas, Tabarre and Cité Soleil may run out of potable water.

The situation is the same across the nation as the gangs are increasingly bold and more systematic than the official forces themselves. The international route 2 leading out of the capital is now a death corridor where one risks being shot at when one dares to go on it. Rival gangs fighting to control this area have made it impossible for goods and people to travel, effectively blocking it and keeping people stranded in the capital. Private cars, public transport and motorcycles are all victims to the criminal gangs who kidnap and extort at random. Crossing Martissant is now a death sentence for which the latest victims, a 95 year old Esperanta Guerrier and her driver, Réginald Chéry paid the ultimate price simply by trying to drive through the area, this past Saturday, coming to Port-au-Prince. A tap tap driver plying the route was forced to take the dead bodies and 3 wounded who were also in the car, to Carrefour. Eyewitnesses have reported seeing dead bodies in Martissant 23 in recent days, but there’s no official tally as to how many bodies are found in the area. But reports from the Emergency unit of the state university hospital, HUEH, confirmed that on Friday, November 5, the hospital received some twenty patients with gunshot wounds, at least two of which were operated on immediately.

Meanwhile, despite all these issues, or in spite of all these issues, the US Assistant Secretary of State for Drugs, Todd Robinson on a 2-day visit in the country since Monday, November 8, 2021 to meet with the interim Prime Minister Ariel Henry and the Justice Minister, Liszt Quitel, and the incoming police commissioner, Frantz Elbe and other high dignitaries to discuss the security situation in the country. A press release announcing the visit stated that the US is committed to helping partners to work together for a peaceful Haiti remains a top priority for the United States. But the visit comes at a time when the security situation is at an unheard of point, with some 16 US nationals kidnapped over two weeks ago by the notorious 400 Mawozo gang.

Though the US envoy is currently in the country, the organization, PAPDA, La Plateforme haïtienne de plaidoyer pour un développement alternatif  is speaking out against the latest tendency among the people to want a foreign occupying force to come in to help address the security issue. At a press conference this Monday, November 8, 2021, the Executive Director of the group, Camille Chalmers said that it is clear that there are elements who want to accept a military intervention, to allow the international community to solve the problems of the country, but the solution cannot come from the US State Department. It will be up to Haitians to find a solution through historical, patriotic and national awareness of the system of domination and all the forms in which it expresses itself. With the history of past interventions, recently the MINUSTAH, which further worsened the crisis in the country, it is clear that the armed gangs today don’t only bring suffering a gloom to the country but paralyze commercial and economic activities across the country and constitute a political instrument at the hands of the imperialist America. He further went on to state that “the imperialist domination has created misery, destroyed state institutions in order to increase the ranks of the gangs. We see that today, the issue of legal gangs is not a joke; there’s a systematic process of gangsterism in the country, brought on by the Parti haïtien tèt kale (PHTK) regime. And one of the major players in this gangsterisation is the American imperialism”.

The press conference was held at the same time the US envoy is visiting, and in the presence other organizations who have addressed an open letter to the US president, placing the blame for the situation in the country squarely in the hands of the US and its historical role in the plight of the people of Haiti. 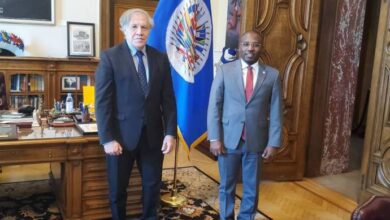 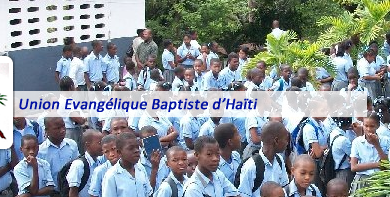 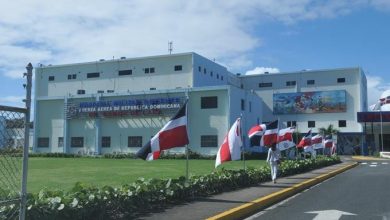 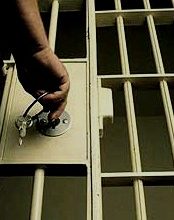