With the increasing insecurity and non-functioning state apparatus in full glare of the world, the interim Prime Minister Ariel Henry tried last Thursday to address the concerns of his people who have been under siege for some time, not only because of the actions and control of the criminal gangs but the seemingly ineffectual way in which the government is handling the entire crisis. During the demonstrations called by the transport union the last two weeks, one of the main grievances from some of the participants has been the government’s inaction and non-response to the criminals holding the country hostage by refusing access to the Varreux petrol terminal that feeds most of the country. In his speech to the nation, Prime Minister Ariel Henry said that a crisis group, composed of officials from the Ministries of Finance, of Defense, Justice, Public Works, Commerce, and the police are working together to find a workable solution to the fuel shortage in the country. In his speech, he mentioned that the police are creating a security corridor to allow fuel tankers access to the depot, to fill up and accompany the convoys to make sure their safe access to the depot and back to the pumps is assured. This information is also posted on the Police force’s Facebook page.

To assuage the fear of his people, the Prime Minister assured them by seeking their collaboration as they work to resume orderly distribution. But gas stations across the nation have not resumed selling fuel and kerosene to consumers yet. He reported that the hospitals and mobile telecommunication companies have resumed their activities having received the fuel they needed for their daily functioning. Furthermore, the airports and the coast guard have all received fuel to continue their normal activities including patrolling the coast to ensure safe passage to the tankers coming into port to deliver fuel. He further stated that the nation does not have a shortage problem, because the reservoirs are full of fuel and there’s a tanker waiting in port to be unloaded. The country has even placed new orders to meet the demand, which will be further increased one the crisis is over.

Meanwhile, the gangs and crime have continued unabated. Beyond preventing all forms of trucks from accessing the Varreux fuel depot, the gangs have increasingly shown that they actually control things in the country and can do what they want. The convoy carrying the current Minister of Interior Listz Quitel, who is also the Minister of Justice and Public Safety was attacked by heavily armed criminal gangs during his visit to the Varreux depot. It was alleged that the leader of the Wharf de Jérémie gang, Micanord had sought a 50 million gourdes ransom from the government, but the Prime Minister insisted that his government does not negotiate with gangs and criminals and does not have any financial dealings with them. To him, these people deserve to be in jail or dead, if they are not willing to change professions. He ended by saying that once the artificial shortage has been solved, Haitians should come together and work towards a lasting and sustainable solution to the country’s problems. Some see this address as coming too late, since it was the first time he spoke publicly after the humiliation on October 17, 2021 when the gang leader Jimmy Chérizier, known as Barbeque, prevented the presidential delegation to go to Pont-Rouge to commemorate the 215th anniversary of the assassination of the father of the nation, Jean-Jacques Dessalines, forcing them to take refuge in the Panthéon where he gave a brief speech.

With the news coming from the country in recent months simply doom and gloom, the end of October and beginning of November created a respite for the people to take their minds off the daily grind to celebrate the dead and the Toussaint. Besides the fuel shortage and the kidnappings, November 1 which is All Saints Day in the catholic tradition and November 2nd, the day of the dead, both gave people something to rejoice about or to simply celebrate. Marching bands serenaded the people across the capital in various neighborhoods this Monday, allowing people to dance freely on the streets to the various bands marching down the avenues. In Léogâne, some four marching bands took to the streets to allow the people to take their minds off their struggles and daily worries to enjoy the moment, and the traditional “Gede” festival took place in various clubs across the city. In an article published in yahoo, hundreds of revelers dressed in white and carrying candles went to the main cemetery in Port-au-Prince to pay their respects to Baron Samedi, the guardian of the dead in the voodoo cosmology. In an interview with one of the revelers, Emmanuel Jean-Pierre, a Vodou priest who had to walk for hours to get to the cemetery, said he will continue to believe in Baron Samedi, because he’s the real leader since the country currently has no leader. The celebration comes at a time of deepening misery and violence in the country struggling to recover from the July 7 assassination of President Jovenel Moïse, a 7.2 magnitude earthquake that struck southwest Haiti in mid-August and killed more than 2,200 people, a severe fuel shortage, a rise in the cost of basic goods and a spike in gang-related kidnappings. Officials announced on Monday that a university professor who was recently abducted had been killed and U.S. and Haitian authorities are trying to recover 17 members of a U.S. religious organization who were kidnapped more than two weeks ago in an unrelated case. Revelers offered candles and money to a Vodou priest dressed in black and wearing a white hat who stood upon the tomb as he carved a cross into the candles with his fingernail and murmured something under his breath before giving them back. A man standing near the priest whispered to him that if he gets him a job this year, he’ll bring him more next year. Nearby, people filled wooden bowls with plantains, fish, bread, avocados and anything else they thought their dead relatives or friends might appreciate. They also poured black coffee into the ground as an offering. Others carried jugs of kleren with hot peppers marinating inside.

Port-au-Prince, Nov 2 (Prensa Latina) Haitian Prime Minister Ariel Henry vehemently condemned this Tuesday the looting and burning of a hospital in the extreme north of Haiti, and described it as barbaric and reprehensible acts.

The head of government assured that these actions are intended to sow anarchy in the country, in addition to endangering the lives of people and property.

Henry announced that he had instructed the public authorities to investigate and prosecute those responsible, in order to bring them to justice.

The day before, armed men entered the Sacre-Coeur hospital in the city of Milot, smashed the windows and destroyed everything in their path, as well as threatening the service personnel, confirmed director Harol Previl.

Both the laboratory and patient records were consumed by the fire, and the group attempted to set fire to the hospital’s electrical generator.

“They made the attack under the pretext of coming to look for a murderer who was hospitalized,” said the director, who described the attack as terrorist and revealed that the assailants included former employees of the institution, previously dismissed for embezzlement.

Previl announced the temporary closure of the clinic and the transfer of patients affected by Covid-19 to the Mirebalais hospital, located in the center of the country.

Haiti is plunged into a spiral of violence, with the multiplication of armed gangs on its national territory, the increase of kidnappings, murders and criminal acts.

Shipwreck in Haiti’s southern coast occurred due to negligence

Port-au-Prince, Nov 1 (Prensa Latina) Director of Maritime and Navigation Service of Haiti, Eric Junior Prevost, confirmed that the shipwreck where 19 people were killed occurred due to this institution’s agents’ negligence, media reported on Monday.

The sailboat Eclesias was covering the Marigot-Anse-Pitres route, in the southern coast of the country and foundered on Saturday with some 50 people on board, according to the most recent updates; 19 of them were killed and 30 survived.

The director criticized the irresponsible behavior of this institution’s employees, who allowed the excess boarding of the ship without minimum security measures. However, one of them defended himself at a local radio station on Sunday by claiming that he had warned the captain about excess baggage.

Prevost also said that legal action will be taken against the person in charge of the vessel for the fatal victims.

A few hours after the news broke, Prime Minister Ariel Henry sent his condolences to the victims’ families.

In the face of this new tragedy, which occurred in deplorable conditions, we would like to give the victims’ families and the survivors the government and local authority’s full support, Henry said.

I ask the leaders of nations to support that country, not to leave it alone, the pontiff indicated after the end of the Sunday Angelus prayer to the faithful gathered in St. Peter’s Square.

“And you, when you return home, look for news about Haiti and pray, pray a lot,” Francis noted, referring to the testimony and the things told on a television program by the priest Massimo Miraglio, a missionary in Haiti.

How much suffering, how much pain there is in that land and how much abandonment, the Pope pointed and expressed, “Let us not abandon them! 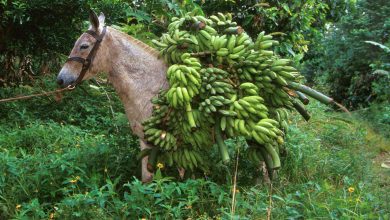 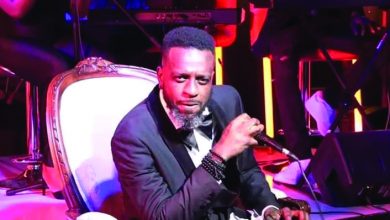 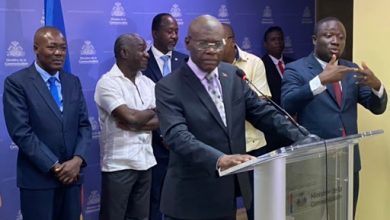 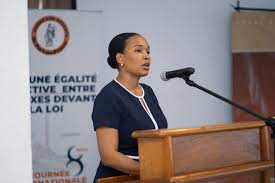