The effects of both political and geological earthquakes that have hit the country continue to defy reason, no matter how one tries to understand and address a sustainable solution. On Monday, political activists disrupted the closing session of the peoples’ conference, a six-month undertaking of meetings with various factions in the political and social landscape of the country in an attempt to find durable organic solution to the crises that have engulfed the nation for some time now. Protesters overturned chairs and tables in the hotel conference room where the signing of the agreement was expected to take place, following efforts of the Haitian Civil Society Commission searching for a Haitian solution to the crises. But despite the intimidation and the mayhem, the commission was able to get some 100 signatures from members of political organizations and civil society.  Reaching this stage was in itself an achievement because of the amount of time and effort put into it; half a year of consultations, exchanges, discussions with political operators and civil sector and the Diaspora at large to come to this agreement which is a consensual one aiming at forging a new pertinent plan including appropriate criteria and mechanisms in place to choose new leaders as well as new leaders for the transition. Some of the activists see the signatories as people who are there trying to sort out their political affairs, while the majority of the population are hungry and cannot find food, so anything that the group is doing is not in the interest of the people, in effect justifying their decision to disrupt the proceedings.

On the other hand, according to the executive secretary of the group, together against corruption, Ensemble contre la corruption (ECC), Edouard Paultre, these activists are simply at the service of  politically motivated sectors such as the Democratic and Popular sector which would rather see the efforts of the commission go to naught, because they had announced the previous day their opposition to the agreement on social media and their plan to disrupt it and in effect carried out their threat, all the while cheering the president of the almost empty senate, Joseph Lambert. But the lawmaker vehemently denied any association with the protesters and was reported to be upset that the protesters were associating his name with the chaos that disrupted of the committee’s meeting the previous day.  Mr. Lambert stated that it is important to dialogue with mutual respect in order to arrive at a consensus and no amount of vandalism is worth the while. As for the spokesman for the Democratic and Popular Sector, Michel André, taking aim at those who are disrupting things, they are very cunning people who come out of nowhere and want to impose their solution at a time when it is clearly not possible. They have to be honest, wise and humble to work to find a consensual solution to the crises.

Meanwhile, UNICEF has estimated that 1.2 million people, including 540,000 children have been affected by the August 14th earthquake in the south of the country, children who have little to no shelter, potable water, access to primary care and food, according to the representative in Haiti, Bruno Maes. The article published on the organizations’ website further went on to stress that tropical depression Grace further compounded the problems for these victims. The international organization had since set aside US$8m to care for victims by providing essential products for personal hygiene, shelter, and drinking water. UN Secretary General Guterres also called on donor nations to help provide aid to the country in order to avoid a humanitarian crisis. But a World Bank estimate of the damages placed the amount of damage at US$.12bn, during an online meeting of the bank, according to its representative in Haiti, Laurent Msellati as part of their post disaster national assessment. The amount is further divided as US$730m towards housing, US$162m for public buildings such as schools, hospitals and other public buildings and US$219m for other infrastructural projects such as roads and bridges. The economic damages are expected to run to close to 40% more than the initial assessment made, or close to US$1.5bn, which represents about 10% of GDP.  As of now, there are 2,2007 deaths reported, 344 people missing 12,268 wounded 52,923 homes destroyed and 77,006 homes that sustained damages. The WB representative stated that he awaits results of the final evaluation to make the correct estimation, but the bank plans to raise US$80m more than the current US$20m distributed in contracts already in progress in the areas of transportation and water and if all goes well, the bank will start disbursement monies for reconstruction at the end of October 2021.

In other news, nine (9) gang members, including “Gwo Wòch” the number two leader of the “Krache Dife gang, which is also known as, “Manino” were killed in a gun fight with the police in a house between Carradeux and Puits-Blain last Saturday. This person has been known to the police as the mastermind behind numerous crimes including assassination, rape, and armed robbery and setting fires. The 8 other victims included a police officer who are all members of this gang based on rue Saint-Martin, and were stopped during an early morning operation by the police in a house on Rue Albert Jode, where these dangerous characters were attending a party called “Black Party”. Manino has been wanted by the police for some time, because of his involvement in the killing of police officers, including the armed attack on the sub-police station in Portail Saint-Joseph on June 6, 2021 when 3 police officers were senselessly assassinated. The police confiscated a revolver and 4 pistols, 5 cars and 40 people have been arrested. Meanwhile, the PNH has acquired new equipment, including armored vehicles in the fight to rein in the armed gangs.

Finally, the ex-singer with the group “5 Etwal” and Gabel, Jean Junior Wacelus, also known as Money G was kidnapped last Saturday in Tabarre with his kidnappers asking for a large sum of money for his liberation. Recently graduated police officer Daniel Blanc was also kidnapped Monday on Rue Macajoux, downtown in an area controlled by the gang Krache Dife, whose leader was killed earlier on. But for the organization, Nos Petits Frères et Sœurs and la Fondation St-Luc, the news is rather one of relief and joy as one of their employees, Marie Bénicia Benoit, who was kidnapped on August 25 in Santo 19 was freed this past Saturday, August 28, 2021. Ms. Benoit has worked for years at the Manitane clinic in St-Luc. The police also arrested 14 people at Miragoâne last week for stealing and diverting 148 sacs of rice intended for families affected by the earthquake. 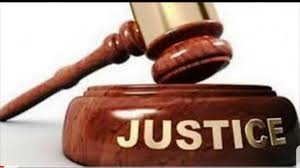 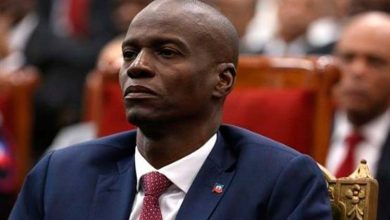 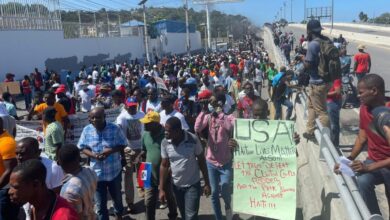 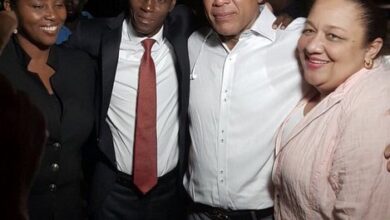