In a stunning reversal of policies, the CEP announced that it has suspended the June 27, 2021 referendum on the newly drafted constitution, just as the government began to lift the curfew and Covid-19 mandates put in place in recent days to control the resurgence of the pandemic in the country. Speaking on behalf of the CEP, the president of the Committee, Guylande Mesadieu said that the decision has been reached in concert with input from the Ministry of Health and Population (MSPP) and the electoral staff on the ground, to take health measures and the ability to train staff to conduct the elections. According to, Guylande Mesadieu, who has yet to swear an oath to the office for which she has been named, said that the CEP will draw up a new timetable for the referendum and elections after consultation with health officials and election experts. She reiterated the CEP’s determination to accomplish the task for which they’ve been charged in total independence, credibly, honestly, and transparently. This is the second time the referendum has been postponed. The initial date chosen was April 25, then it was pushed forward to June 27, and now this new postponement, using the increasing cases of COvid-19 in the country as the reason for pushing it further again.

If the government sees health measures as the reason for postponing the referendum, there is ample evidence to suggest that a vast majority of the people have opposed this entire exercise from the beginning. After the Catholic Church, four (4) major employer organizations have also called for the suspension of the entire draft constitutional referendum to ensure an inclusive and participatory consultation with all sectors of the society. These include ATH, ADIH, CCIO and AMCHAM. This statement was included in a letter from the group of organizations sent to the Minister of Culture and Communication, Pradel Henriquez on Monday, June 7, 2021. In the letter, the group reiterated their recognition of the need and merits of a constitutional reform but have reservations and apprehension to the way the process is going. The process of changing the 1987 constitution has been denounced many times as unconstitutional by organized forces within the nation, including even the ruling party, PHTK, to the point that in recent days, the opposition has openly threatened violence to derail the referendum.  The government on the other hand had grown recalcitrant in the face of mounting opposition to equally threaten the use of the repressive apparatus of the state to quell any such violence.

Though International entities such as the Core Group have criticized the process as lacking transparency, nonetheless, the UN entity, UNOPS provided technical support, as well as the US. As of now, it’s not clear whether the Covid-19 has removed a thorn in the feet of President Jovenel Moïse or if this postponement and modification of the referendum and electoral timetable will have a domino effect on the electoral process which is supposed to make it possible to elect deputies, senators, mayor and a new president to replace Jovenel Moïse who persists and insists his mandate ends on February 7, 2022. In the meantime, a new commission is being proposed by the opposition, called la Commission de mise en œuvre de l’accord (CMOA), tasked to choose a Prime Minister to replace Jovenel after he leaves office, for a period of one year, with specific composition and responsibilities.

Meanwhile, the gangs have brought Port-au-Prince to its knees by the sustained terrorizing of residents, through violence and kidnappings, exposing the flaws and ineptitude of the state security forces. On Saturday night while clashes between armed gangs in Martissant, Fontamara and other areas in the third district of Port-au-Prince, heavily armed men simultaneously attacked four (4) antennas of the national police, PNH, in Duvivier, Drouillard, Sierra 2 and Station Gonaïves (Cite Soleil), killing one at Drouillard. Divisional Inspector Myradel Adolphe and one injured, policeman Fedlin Luc. The bandits made away with weapons and communications equipment including 13, 12-gauge rifles, 4 Galil assault rifles, a T-65 rifle and communication equipment. Such brazen affront to the security forces show clearly that the gangs have the upper hand and that unless the authorities take such actions seriously, no telling how the future will hold for the country, especially at this time of Covid-19, where studies have shown that the effect of this insecurity on the vulnerable is alarming. The UN Office for the Coordination of Humanitarian Affairs, in a statement declared that ‘as Haiti faces a strong resurgence of COVID-19, violent clashes between rival gangs in the metropolitan area of Port-au-Prince are becoming more frequent, with dramatic consequences for civilian populations.” These serious incidents not only cause death to many, but it also forces hundreds of families to flee their homes to ensure their safety. This week, many people have been forced to leave their homes following clashes between gangs in the neighborhoods of Martissant and Fontamara. According to UN Humanitarian Coordinator, Bruno Lemarquis, providing assistance to people affected by this violence requires the protection of populations as a priority, because it is essential that humanitarian actors enjoy unhindered access to displaced people in order to provide them with the assistance they so desperately need and calls on the authorities to ensure the safety of humanitarian personnel.

Finally, two recent events have dashed the hopes of numerous Haitians trying to flee the island nation for a better future for their children. A US Supreme court ruling Monday (June 7) stated that those living in the US illegally but have been allowed to stay on humanitarian grounds are not eligible to become permanent residents. In other words, people who have been granted TPS status but may have come to the US illegally cannot become permanent residents. This ruling came a few days sonly after the Biden administration decided to extend the TPS status for Haitians due to the violence in the country and the Covid 19 pandemic. These issues made it more difficult for Haitians in Mexico hoping to be allowed into the US, who are increasingly losing hope of a future in the US. 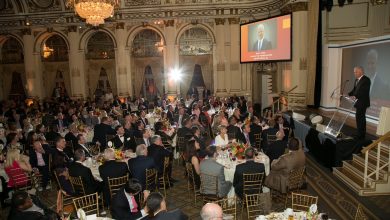 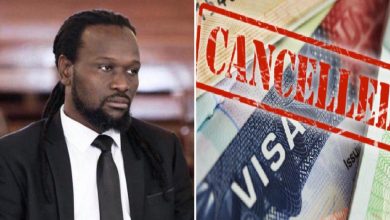