The political crisis in the country is getting murkier by the day, as February 7, 2021 the date on which opposition leaders contend that the current president’s mandate ends came and went with little clarity as to the future of the country. For Jovenel Moïse and his supporters, his regime will end on February 7, 2022, a year from now since he took office in 2017.  In a pre-recorded message addressed to the nation on this fateful day, the president spoke of his achievements during his four (4) years in office and how he has kept his campaign promises. Nothing that his term will end a year from now, the 58th President of the nation made an inventory of his achievements, including building dams, roads, and schools pumping systems and power stations in provincial towns. While listing what he considers his major achievements, Mr. Moïse blamed his ardent opposition for the conditions that made it impossible for him to keep all his promises. In the speech, President Moïse pointed the finger at members of the business sector who have also hindered his development efforts. He said he has spent years fighting against “corrupt oligarchs” who unfortunately are the very beneficiaries of the “system”. While he sees himself as the target of most businessmen during his tenure, he will nevertheless push on to fight against these people he termed the “holders of state property”.

On a different note, the President suggested a national dialogue as the unique opportunity to get out of the crisis. He again called on the opposition and all who are calling for him to resign to come to the table to work to defend the interests of the nation, because no one can do it in an atmosphere of animosity and division. Calling on the fighting spirit of Haitians, he implied that the nation has faced adversity before and together as a nation, was able to overcome it, and this same spirit is needed now to move the country forward. Soon after he claimed to have been a victim of an attempted coup d’état and is unfazed by it and does not fear for his life or the continuation of his term in office. He said the people have elected him for a five (5) year term, and it that does not please some people, they should take it up with the people. He intends to finish his term and accomplish the wish of the people.

Meanwhile, the opposition also tapped the former judge of the Cour de cassation, Mécène Jean-Louis, to head a transitional government to replace the current government until elections are held and a new government put in place. In a pre-recorded message, the judge, who is the eldest on the court, agreed to serve the country in such a capacity, although no information has been provided regarding his installation or formation of a government. Incidentally, President Moïse has forced the judge and his colleagues, Judges Wendell Coq Thélot and Yvickel Diejuste Dabrevil, out of the court, accusing them of plotting the coup d’etat over the weekend. The transition governments’ mission will be to organize a national dialogue in order to reconcile the various factions, work on a new constitution and organize general elections, all similar to what Jovenel has been proposing himself.

Elsewhere, the superior council on judicial powers, Le Conseil supérieur du pouvoir judiciaire (CSPJ) strongly condemns the pressures and threats to some of its members and indeed all members who signed on to a letter dated February 6, 2021, asking for the departure of the President on the constitutionally mandated date for the end of his term in office. They equally condemned the arbitrary arrest of one of the judges at the Cour de Cassasion, Ivikel Dieujuste Dabresil at dawn on Sunday February 7, 2021. The judge was accused of involvement in the alleged coup d’état by the government, resulting in the arrest of 23 other people in l’habitation Petit Bois in Tabarre. Others arrested include the Inspector General of Police Marie Louise Gauthier, the Agronomist Louis Buteau and Dr. Marie Antoinette Gauthier.

In other news, a group of Haitian migrants traveling from Brazil in hopes to reach the US border have been stuck at Necocli Beach in Colombia for months due to Covid-19 restrictions that caused the Panama border with Colombia to be closed. Of the close to 700 migrants from various countries, 30 of them are originally from Haiti. Stateside in the US immigration officials have defied the Biden Administration’s orders and deported at least 72 people, including a two-month-old baby and 21 other children to Haiti on Monday, February 8, 2021 in flagrant breach of the new administration’s directive that only suspected terrorists and potentially dangerous convicted felons are to be deported. Human rights organizations have decried the deportations, which was carried out on two flighted chartered by ICE from Laredo, Texas to the capital Port-au-Prince. ICE sent such vulnerable people as children to an area in turmoil as the political crisis deepens. In an article that appeared n yahoo news, ICE is facing a chorus of denunciation as a rogue agency for their refusal to carry out the new policy guidelines put forth by the incoming Biden administration, which ordered a 100-day moratorium on deportations. Though deportation flights were temporarily suspended last Friday, they resumed on Monday, in the form of the Trump era draconian immigration policies. 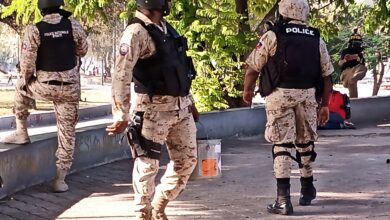 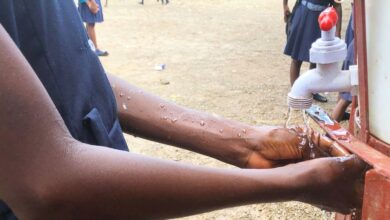