The US and Canadian governments’ decision to withhold visa issuance to Haitian nationals has resulted in some shuffling in the administration of Prime Minister Ariel Henry. Visas will be denied to officials and others suspected of ties to drug trafficking and financing of gangs responsible for kidnappings and violence that has crippled the country for so long. A special edition of the official gazette, Le Moniteur, indicated that the Ministers of Justice and Public Safety, Berto Dorcé and that of the Interior, Liszt Quitel have resigned their duties effective immediately. It is not yet certain if they resigned or were forced to resign. The US Chargé d’affaires in Haiti, Éric Stromayer, admitted that members of the Henry administration have been affected by the sanctions but would not mention any names. Mr. Stromayer acknowledged decisions to withhold issuance of visas has been made and known to those affected. He added that the Haitian government is free to make its decisions concerning the ministers, as a sovereign entity, and the US has no control over this. According to Mr. Stromayer, the US has to deal with different governments around the world and make decisions based on its own interest, and if the Haitian government wants to take measures based on the US recommendations, it is entirely up to them.

Le Moniteur listed Prime Minister Ariel Henry as the acting Minister of the Interior while the post of Minister of Justice went to the current Minister of Culture and Communication, Emmelie Prophet Milcé. Prime Minster Henry presided over the inauguration ceremony to swear in the new Minister. In a speech during the swearing in ceremony, PM Ariel Henry called for the collaboration of all the employees and executives of the ministry in order, to make it more dynamic. Mr. Henry also took the opportunity to reiterate his government’s determination to work towards the success of the transition and the holding of free, honest, credible, transparent, and democratic elections. The former minister of culture and commerce was replaced at the ministry by Pail Vil France, who assumed the role of interim Chief of Staff.

Another notable change in administration is the promotion of the magistrate Jean Joseph Lebrun to head the Cour de cassation. In the same press release, PM Henry announced the promotion of Lebrun to the post that has been vacant since June 2021, when the previous leader, Me René Sylvestre passed away. The court has had only three (3) members since February 2022, which included Me Lebrun and with his nomination, he automatically becomes the president of the Supreme Court, Conseil supérieur du pouvoir judiciaire (CSPJ). But reactions to this nomination have been mixed. According to Jean Wilner Morin, president of the l’Association nationale des magistrats haïtiens (ANAMAH), his organization welcomed the appointment of Me Lebrun because of his experience and reputation as an honest judge with an exemplary career, and as the Dean of the court of first instance of Port-au-Prince and President of the Court of Appeals in Port-au-Prince, no one can doubt his skills and qualifications. Still his nomination will make the court viable and the Supreme Court, which he automatically heads will be able to appoint other judges to complete the court and make it functional.

Similar sentiments have been shared by the Professional Association of Judges, L’Association professionnelle des magistrats (APM) whose leader, Marthel Jean Claude wrote in a press release that this appointment is an important step towards the regular functioning of the Cour de cassation and will remedy the dysfunction of the Supreme Court (CSPJ) which is the organ of administration, control, discipline, and deliberation of the judiciary. The bar association of Port-au-Prince has been more laconic in its response to the nomination. Its leader, Suzy Legros did not proffer any opinion but stated that they have noted the nomination but have not met as an association discuss and make any formal statements around the topic.

Other organizations have not been as approving of the nomination. Both human rights organizations, the La Plateforme des organisations haïtiennes des droits humains (POHDL) and the le Réseau national de défense des droits humains (RNDDH) denounced the nomination as illegal, arbitrary, and unconstitutional, according to Article 175 of the constitution which stipulates that the judge must be appointed by the President of the Republic. Since Prime Minister Ariel Henry is not duly elected and not the de jure President, he cannot technically appoint people to the court, because there’s no legal basis on which he can do so. The POHDL argues that the appointment of Judge Jean Joseph Lebrun, follows a logic of politics and political arrangement of the ruling party and a maneuver aimed at influencing the judiciary and in essence controlling it. The nomination does not help in the process aimed at truly helping to solve the problems of justice in the country, because any person or institution that wants to help solve the current crisis cannot endorse such a decision. The Executive Director of RNDDH, Pierre Espérance did not mince any words when he opined that Judge Lebrun has had a stellar career in the judiciary but unfortunately chose to accept an appointment that is unconstitutional.

Finally, the Pan African world and has lost a giant and humanist. The Illustrious Egyptologist, researcher in history, specialist in African sciences and mathematics, Jean-Philippe Kalala Omotunde passed away in his native Guadeloupe on Sunday following a stroke, after returning from Cameroun through Mali, according to several sources. The news of his death has been met with great sorrow and his many admirers are in painful mourning. He was born Jean-Phillippe Corvo and eventually changed his name to Nioussere Kalala Omotundé. Mr. Omotunde was also a project manager with UNESCO and a lecturer at the Africamaat Institute in Paris He was a fierce supporter of the enhancement of African cultures, pushing his research work on the civilizations of the black continent. Omotundé managed to find African origins for almost all the so-called revealed religions. According to his research, Christianity, Islam, and others have African origins. 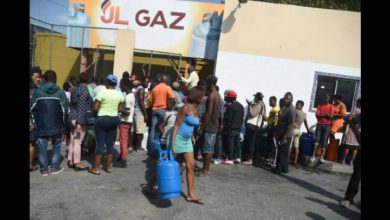 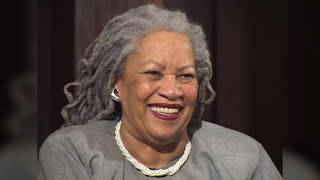