In the latest developments in the Haitian crisis, the US and Canadian governments have jointly placed sanctions on the President of the Senate, Joseph Lambert and ex-senator Youri Latortue who have both been accused of drug trafficking and financing criminal activities. The charges were made public by the office of foreign assets control in the US treasury and the Canadian government who accuse both politicians of having engaged or attempted to engage in activities or transactions which have materially contributed to or present a significant risk of contributing to the international proliferation of illicit drugs and their means of production. According to Brian E. Nelson, Undersecretary of the Treasury for Terrorism and Financial Intelligence, Joseph Lambert and Youri Latortue, have abused their official functions by trafficking drugs and collaborating with criminal networks and gangs to undermine the rule of law in the country. The statement stressed the international partners’ commitment to act against those who encourage drug trafficking, allow corruption and seek to profit from the socio-economic crises that’s facing the country.

These sanctions came shortly after Eric Stromayer, the US ambassador to Haiti announced the US government’s decision to launch a major effort to solve the problem of insecurity, having noted that a small number of political and business elite both within the country and abroad have held the country hostage for their own personal gain while benefiting from the suffering of the people. The US has already imposed visa restrictions on individuals suspected of being a part of encouraging violence either through direct participation or through financing gangs that are sowing terror on the population. While noting that they already have people whose families are restricted from entering the US, they plan to add more names to the list as they identify more individuals involved and responsible for the current situation in Haiti. The sanctions imposed on these two politicians means that all property and interests they hold in the US or those they may have interest in with other US nationals will be blocked. Additionally, any venture in which they may have at least a fifty percent stake or more will be blocked as well, and those people who may engage with these sanctioned persons may be subject to penalties or legal action, and unless otherwise stated, sanctions could be applied to any foreign financial institutions that knowingly facilitate a material transaction or provides material financial services to the named individuals.

Following the announcement of the sanctions against the political leaders, the former senator from Artibonite announced that he is resigning from all commercial activities, especially in the agro-industrial sector in which he has been active over the years. Youri Latortue said he is adopting this measure because of the sanctions taken against him by the Canadian and American authorities accusing him of having carried out drug-related activities, allegations he considered serious, and presented by his compatriots to certain Canadian and American authorities. To avoid harming operations and his customers as well as partners, he will step aside and devote his time to defend his name. While promising to defend himself against all these allegations, Mr. Latortue reiterated his commitment to continue supporting efforts of his Ayiti An Aksyon political party to defend the interests of the country. He added that it is his duty to publicly announce his availability to receive the evidence held against him, after years of rumors, and defamatory abuses, without any proof, and he is set to confront these accusations in order to restore his credibility and honor.

In other news, the US government announced criminal charges against seven leaders of five gangs, including gang leaders implicated in the armed kidnapping of 16 US citizens in August 2021. Three Haitian national have been charged with conspiracy to commit hostage taking and hostage taking for their role in the kidnapping of these Christian missionaries stationed near Port-au-Prince and held in captivity for 61 days before escaping their abductors. The group included five children, one of whom was barely eight months old at the time of the abduction. There’s also a US$3m reward for information leading to the arrest of three defendants in this abduction (US$1million for each of the defendants who are believed to be in the country). The defendants are Lanmo Sanjou, aka Joseph Wilson, 29, and Jermaine Stephenson, aka Gaspiyay, in his late 20s, both current leaders of the 400 Mawozo gang, and Vitel’homme Innocent, 36, leader of the Kraze Barye gang. The 400 Mawozo gang, which operates in Croix-des-Bouquets, claimed responsibility for the kidnapping of the missionaries, while the Kraze Barye gang which operates in Torcelle and Tabarre in was suspected of collaborating with 400 Mawozo in the hostage taking. In addition to the indictments for kidnapping of the missionaries, the Department of Justice announced charges against four other Haitian nationals who are the leaders of three other gangs for two other kidnappings of American citizens in the country. According to Christopher Wray, Director if the FBI, these unveiled charges are a reminder of the bureau’s ability to reach criminal actors overseas when crimes are committed against American citizens, and he FBI, along with their federal and international partners, will continue to pursue anyone who targets Americans for hostage-taking or other violent crimes wherever they may be.

Finally, the leader of the powerful gang alliance, G9 who spent the past two months blocking the flow of fuel, food and drinking water in the capital declared that the blockade of the country’s main oil terminal and seaports is now ended. Last Sunday, after intense gun battle with the national police and many casualties mainly on the side of the gangs, gang leader Jimmy Cherizier, a former police officer turned gangster who goes by the name Barbecue, told drivers and employees of the Varreux terminal that they may return to work without fear of retaliation. In a video message, Barbecue stated that his “revolutionary forces” have been closely following what is being said about the country and the inability of the political and civil society leaders to come together without “hypocrisy” for the good of the country. As a result, the alliance has decided to allow fuel to once more flow, asking all truck drivers, and all implicated in the distribution of gas, to take all dispositions to permit fuel to be distributed to pumps.

Meanwhile, the UN passed a unanimous resolution on Friday, October 21, 2022 establishing specific sanctions targeting leaders of armed gangs operating in the country and all those who give them material support. The resolution targeted Barbecue in particular and involves freezing their assets, travel ban and an arms embargo for all non-state actors. The BINUH stated the conditions of the resolution in a press release detailing that Resolution 2653 established a committee composed of all members of the UN Security Council, “to undertake monitoring of the implementation of the sanctions, which will be imposed on persons and entities designated as being responsible for or complicit in activities posing a threat to the peace, security or stability of Haiti, or as having taken part, directly or indirectly, in such activities”. 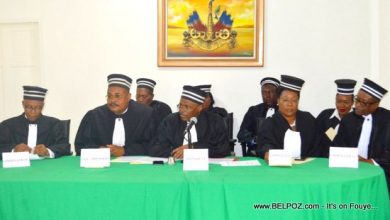 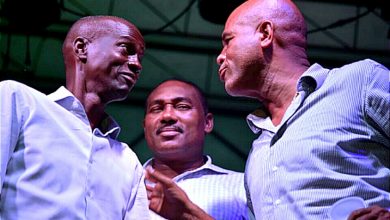 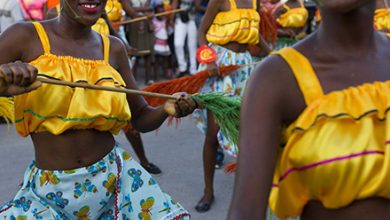 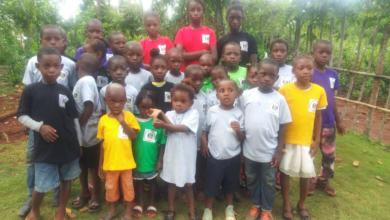