As has become the national custom, additional demonstration is being held this Monday to protest the rising cost of living including the devastating effect of fuel shortage. The demonstration that took place in Delmas was organized by motorcyclists whose complaint that the lack of fuel at the pumps is taking a toll on their ability to transport their passengers and thereby make ends meet. As usual, there were barricades put up on the roads and tires being burnt to disrupt commercial activities in the capital city. Demanding the resignation of the interim Prime Minister Ariel Henry, because of what they consider mismanagement of public funds by his government, the protesters denounced the way the banks are bailed to provide aid to oil companies to solve the fuel crisis in the country. Protesters argue that the policy solutions proposed by the government through the banking system is a form of money laundering meant to weaken the street protests against the regime. While the government injected millions of dollars into the oil companies, there’s no relief to the ordinary consumer at the pumps. There were protests in Hinche on Monday and the Pitit Desalin political party called for similar protests on Tuesday in Cayes.

On the same day as the protests, PM Ariel Henri met with government commissioners in the 18 jurisdictions across the nation to focus on several issues facing the nation, including measures to curb the illegal fuel trade. Among the issues that were discussed were abuses prevalent within the judicial system and how to curb them. In a press release, the PM’s office confirmed the meeting in which emphasis was placed on the imperative and the urgency of combating the illegal fuel trade together with speculators and those helping to violate the laws of the land with illegal black markets in scarce products of dire need by the Haitian populace. Also on the agenda was the government’s plan to put an end to insecurity and organized crime throughout the country, in which the Prime Minister took the opportunity to warn against all suspicious releases of notorious criminals, the management of land conflicts; the fight against prolonged pre-trial detention; and the improvement of the conditions of detention of prisoners, without forgetting the essential fight against the corruption which plagues the judicial system. Participants at the meeting were satisfied at the outcome of their discussions which they considered fruitful and pledged to work with the government to restore the people’s confidence in the judicial system.

As protesters turn their anger at the banks, Economist Eddy Labossière and chartered accountant John Earl Etzer Legros expressed their support for the position taken by the bankers’ professional association and called on those who feel they are victims of the banking system to contact the central bank directly, instead of threatening the institution. The economist supported the APB’s press release on September 2, 2022, condemning the threats made against the banks during a demonstration in Cap-Haïtien. Mr. Labossière and Mr. Legrosy noted that all Haitians have a duty to protect the banking system because any problem with this sector will have dire consequences for the country as a whole. Labossière advocates for competition in the sector and not the uttering of violent remarks against commercial banks, as done during the protests, all the while denouncing the exponential profits the commercial banks make while the population is drowning in extreme poverty. He also opposed the injection of dollars into the foreign exchange market because this only benefits the commercial banks and does very little to solve the country’s mounting problems. Mr. Labossière then called for the creation of an investment fund to grant credit and eliminate the current problem of financial exclusion for large segment of the population.

Meanwhile, the alternative socialist party, Le parti Alternative Socialiste, ASO, has acknowledged last week’s press release by business and employer groups in which they expressed their concerns about the unprecedented deterioration of the socio-economic situation in the country. In their press release, the group proposed recommendations to get the country out of the impasse, by calling on all sectors to work together for the common good. While accepting the decision by the business leaders to speak out on issues facing the nation, ASO, wonders about the real concerns of the members of the group. According to ASO, speaking up is more like a charm offensive by the group whose objective is to save the interim Prime Minister. The ASO though rejects the claim by the business groups that the current failure of the state is a collective responsibility, because if they were truly honest, they could probe and identify those who have destroyed state institutions, squandered public funds and held the state hostage, to the detriment of all, especially the youth of the country. The Socialist Alternative also reminds these businessmen, who in their note recognize the obligation to scrupulously respect their fiscal and legal responsibilities that they must also participate in the development of the country through productive investments. The ASO further pointed out that the last three (3) administrations of 2006, 2010, and 2016 were all supported by the business elites, and these three administrations are the reason the country has plunged so such a low level of development into the current miserable and untenable state that it’s currently in.

The ASO calls on the employers’ group to review its positions and start asking certain questions to better understand the root causes of the crisis. They might want to answer why do the main protagonists bring up the issues that provoke the same disagreements and lead to the same failures, and whether it is because they are the same actors or because they are confronted with the same unresolved contradictions? They might want to start making a distinction between getting out of the crisis and resolving the crisis. ASO concluded there’s a need for a consensus not only to wage the battle against the terror sown by armed gangs and to allow a return to constitutional order, but also to restore the population’s confidence in the authorities and thus be able to fruitfully engage the international community.

Finally, thirty members of the Haitian Army Corps of Engineers who were trained in Ecuador and Mexico left the country this past Friday, aboard a Mexican Air Force place to Temamatla, Mexico where they will undergo intensive training with the hope of returning to teach future corps, while four (4) detainees at the Jacmel civil prison have died this past weekend as a result of malnutrition. Since January 2022, more than a dozen deaths have been reported from the same prison. 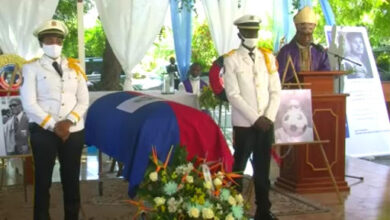 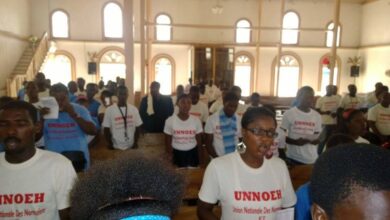 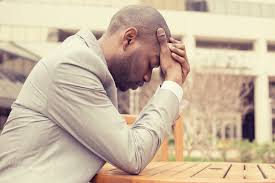