During his recent visit to Belize for the 33rd Inter-ministerial summit of CARICOM, Prime Minister Ariel Henry asked the heads of state at the gathering for their help in dealing with the coterie of problems facing Haiti. Among the issues that CARICOM would assist include; facilitation of a dialogue among the various political factions, help fight insecurity, restore democracy, train the police, help in conducting elections and investigate the assassination of President Jovenel Moïse. In a press release from the Prime Minister’s office, the Heads of Government from the regional body have agreed to assist Haiti in the best possible way, stressing the importance of ensuring good governance and respect for the rule of law and human rights, as set out in the Caricom Civil Society Charter, and including civil society in the dialogue process. The regional body asked the Haitian government for clear directives on the nature of the assistance requested and went on to propose the creation of a CARICOM team to interface with its Haitian counterparts, and with the international community. Interim Prime Minister Henry gave a presentation to the august body on the situation in the country in which he pointed out that democracy is in decline, as state institutions are dysfunctional and collapsing. He spoke of the need to restore democracy, fight against insecurity and to lay the foundations for future development. Caricom leaders express their concern for the prolonged political stalemate, ongoing humanitarian crisis and growing insecurity, as well as the repercussions for the region of escalating instability.

In early February, the International Organization of La Francophonie (OIF) proposed various actors to play a role of mediator in order to reach a consensual resolution to the current Haitian crisis. The secretary general of the OIF, Louise Mushikiwabo, via her representative, Emmanuel Adjovi, shared this proposal with several stakeholders. However, there is no official communication on the progress of said after this proposal. Meanwhile, PM Ariel Henry and his allies remain on hold in talks with the Montana Accord officials over a punctuality issue. In the press though, those concerned blame each other for this failure against a backdrop of worsening insecurity, soaring prices and despair among the population as to the real will of the leaders of the crisis to find a way out.

On Wednesday March 2, 2022, the citizens observatory for the institutionalization of democracy, L’Observatoire citoyen pour l’institutionnalisation de la démocratie (OCID) published the report of its latest national survey on the concerns of the Haitian people and their opinion on democracy, and denounced the lack of political will of those in decision making positions to provide answers to the problems of insecurity which close to two out of every three Haitian (62.2%) thinks is the most serious problem facing the nation. The report noted that public interventions in this area are limited to sporadic actions by the police who are not adequate to address this scourge which destroys both the national economy and the social peace. The organization observed that between September 15 to December 15, 2021, the police have been absent in 62% of the 357 incidents recorded in the 10 departments across the country, and those instances where the PNH were involved were less than 20 percent.

In addition to insecurity, concerns about the political stalemate and the willingness of interested parties to initiate the electoral process are the biggest concern of the people surveyed. The OCID evoked the inclination of those in power and some political actors to engage the country in an electoral adventure without the necessary consensus and without an acceptable framework. These are the real Damocles’ sword on the head of the Haitian people.  Put differently, the electoral question is a real dilemma that should be approached with meticulousness and circumspection. If, on the one hand, electoral consultations have endured more than two years in trying to come up with a functioning and legitimate parliament which has been dysfunctional since January 2020, and on the other hand, 69.5% of citizens believe that the conditions (especially security) have not yet been met for the holding of elections, while  76.6% of them say they are unhappy or dissatisfied with the situation of the right to vote and 96% of them say they would prefer there to be no election at all, however organizing elections continues to be the top priority of Haitian leaders.

Consequently, the OCID urged decision-makers and political actors, to do everything possible to reach a real agreement establishing a very broad consensus that will be the only path to an inclusive electoral process. The OCID believes that any approach that would save such a consensus would engage the country, recklessly, in an adventure whose outcome will be none other than an electoral miscarriage or a new political tragedy with consequences as fatal as unpredictable.

In other news, the Haitian association for quality management, l’Association haïtienne pour le management de la qualité (AHMAQ) launched an information campaign to educate street vendors on good hygiene practices on January 30, 2022, at Champs de Mars. The new program which is launched within the framework of “Focus Qualité AHMAQ” a space created to raise awareness among the population on the need to opt for quality. According to AHMAQ the main factors affecting street food contamination are people’s ignorance of the basic principles of hygiene and the behavior to adopt to protect themselves from unsanitary conditions; poor storage conditions for raw materials and finished products (exposure to dust, insects, rodents, etc.); insufficient cleaning of basic products, ingredients and utensils before cooking, and dishes used by customers; the use of utensils (pans and other containers) likely to release toxic or dangerous substances into the food; inappropriate handling of ingredients and basic products, food being prepared and finished products; and storing prepared foods at unsuitable temperatures for long periods of time.

According to AHMAQ officials, research has shown that food can transmit germs and disease if it is not properly cooked or clean and the food sold by street vendors poses a major public health risk in case of contamination. In many places where street food is sold, food safety issues are not taken seriously either the vendors or the consumers. The latter tend to consider price first and foremost and pays little attention to the conditions of preparation of the food they consume. Vendors, on the other hand, have a very low profit margin and therefore tend to cut costs by using low quality ingredients and ignoring more expensive hygiene practices. Faced with this important issue, it is essential to raise the awareness of food quality in order to improve the working conditions of street food vendors and guarantee that the food sold does not endanger public health while respecting the principles of basic hygiene which helps to limit epidemics, and disease transmission. Given that street vendors occupy an important place in the economy, as a palliative to unemployment and especially in feeding the population and the risks incurred if hygiene is not taken into account, AHMAQ has placed the safety of foodstuffs as one of its priorities in order to allow the population to have access to healthier food. The Haiti Street Vendor Awareness Program is launched to improve the conditions under which street food is prepared and sold; and improve vendors’ knowledge of food hygiene.

Several people died over the weekend in flooding caused by heavy rains in the North and North-West Departments. The torrential rains wrecked homes and businesses, severely disrupting main traffic roads and left scores of people stranded. At least two people were found dead in Limbé, a commune in the Limbé Arrondissement, in the North department. The lifeless body of Delarue Gracia, 50, was found in the communal town of Chamette, while the waters also swept away another fifty-year-old, Hélène Pierre, in the communal town Garde Champêtre. Local residents also suspect that some banana merchants from Cap-Haïtien may have been swept away in the flooding. At least 500 victims had to go to temporary shelters available at the Administration of Civil Protection during the flooding. Small business owners, and medium-sized businesses such as pharmacies, hardware stores have suffered enormous losses, while the city Port-de-Paix was temporarily cut off from the lower part of the northwest department as roads and the main river became impassable.

Finally, the US Coast Guard has intercepted some 356 Haitian migrants when the rickety boat in which they were run aground few yards off Ocean Reef Club at the northern end of Key Largo. Immediately after the vessel came to a stop, almost half of its occupants jumped into the ocean and swam to shore. 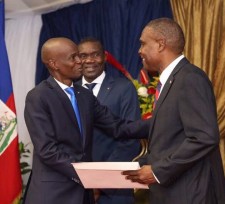 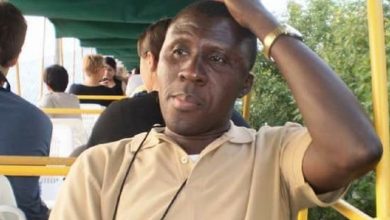 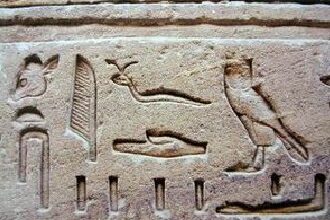