On Monday, several police officers took to the streets of the capital, Port-au-Prince to protest the brutal killing and wounding of their colleagues on Friday, March 12, 2021 in Village de Dieu. Six (6) police officers were killed, and eight (8) others wounded during a confrontation with the armed 5 Segonn gang in the area. The deaths occurred during an abortive operation to protect residents besieged by violent gang activities. The fallen officers are Stanley Eugène, Ariel Poulard, Georges Renoit, Georges Vivender Alexis, Wislet Désilus, and Lucdor Pierre, who succumbed to his wounds at the hospital. Most residents supported the police protests after an earlier demonstration that same morning was marred by burning tires blocking most streets across the capital. The impromptu demonstrations were a result of many people’s exasperation and revulsion at the level of armed gang activities that are increasing brazen and lethal, claiming many innocent victims over the course of several months. Due to the protests, most transport operators had to change their usual routes to avoid becoming victims, forcing most of their passengers to go about their daily activities on foot. Meanwhile, several residents have joined a new group, bat tenèb, to express their frustrations over the state of security in the nation, characterized by flagrant lack of leadership to address the violent crime wave; both state sanctioned and individual and the reign of terror from the armed gangs across the nation.

Meanwhile, the government has declared three (3) days of national mourning in memory of the slain police officers. The killings have shaken a nation already wrought by violent crimes and increasing socio-economic and political problems dating back several months, if not years. As condemnation of the killings grows on social media, President Jovenel called the killings an act of terrorism, especially as the body of one of their fallen officers has yet to be retrieved, and the officers’ munitions seized by the gangs. Soon after images of the botched raid and ensuing gang leaders dragging the lifeless corpse of the police through the streets, a new hashtag #FreeHaiti was born, to bring attention to the plight of millions trapped in this impoverished nation, just few miles off the US coast. Celebrities such as Cardi B, Tyga and Bobby Schmurda have taken to the hashtag to voice their support for the people of Haiti and to denounce the violence events in the country. Other notable artist such as Tory Lanez, Kalash, French Montana, as well as celebrities with Haitian roots such as Jimmy Jean-Louis, Garcelle Beauvais, Joe Dwet, File, Karen Civil and Jessie Woo have also lent their voice to the cause, making the hashtag re-tweeted over half a million times already. In a communiqué sent out on Saturday, the current UN mission in the country, the BINUH, wrote about its shock at what took place in Village de Dieu.  While expressing their sympathies with the victims’ families and the police force in general, the bureau added that there should be a thorough investigation to shed light on what happened on this fateful Friday March 12, 2021 and that the perpetrators are brought to justice and made to pay for their crimes in accordance with existing laws of the land.

In other news, US Senators Robert Menendez and Marco Rubio are calling on the Biden Administration to step in to redesign the TPS for Haitians after an internal document revealed that the Department of Homeland Security officials still deport Haitian immigrants back to the country, knowing full well that the political instability in the country will put them in harm’s way. In a letter addressed to the incoming Secretary of DHS, Alejandro Mayorkas, the senators cite Covid-19 as reason for the new administration to step in and halt the deportations. The U.S. Senators expressed their concerns about the complicated economic, security and humanitarian challenges facing the nation and asked for the redesignation of Haiti’s TPS status.

It appears President Jovenel Moïse may have come to the realization that he is in over his head with regards to steering the affairs of the state. In what seems an admission of helplessness in the face of the inability of the national police to deal with the rampant insecurity and contain heavily armed gangs that are terrorizing neighborhoods, the President tweeted that he reached out to Luis Almagro, Secretary General of the Organization of American States (OAS) to seek help addressing the security issue in the country. Mr. Moïse explained that the help sought is technical in nature to assist the national police to combat the violent gangs. The OAS leader confirmed the meeting on his tweeter feed also and a working meeting has been scheduled between the regional body and the Haitian authorities. Police Commissioner, Léon Charles, has been tasked with evaluating the needs of his office and what assistance OAS will be capable of providing. The Secretary General has already informed the secretariat about the situation in Haiti, and it is expected that member countries would move quickly to offer the help needed. There are talks about President Moïse speaking to the UN Secretary General on the same issue. Given that there are currently four (4) Colombian army personnel in the country currently assisting the PNH with the fight against kidnapping, some journalists are wondering if the aid sought by the president includes military personnel coming on the Haitian soil, to which the Foreign Minister answered in the negative. It is worth noting that just two weeks ago when the President addressed the UN Security Council, he stated that the country’s commercial elite is the root cause of the problems facing the nation, and quoted statistics that show that his government has dismantled 64 gangs out of 102 and his government is working feverishly to address the security issue in the country. But the police killings of this past weekend are a clear indication that either the government is lying about the state of gang activity in the country or they simply are overwhelmed. 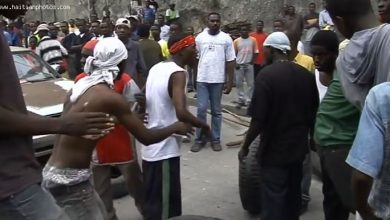 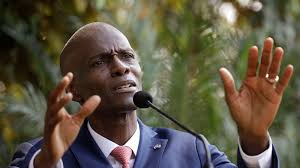 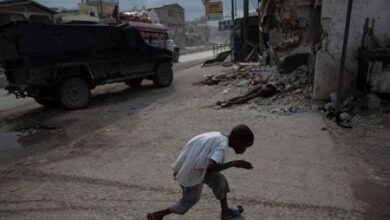