In a few days, the clock will sound the end of 2020, ushering in the new year 2021, which most Haitians fear will be even worse than the current COvid-19 dominant year that is about to end. The majority of the people who are expressing their skepticism do so out of a sense of foreboding, given the myriad of issues facing the country throughout the year, which unfortunately do not show any sign of letting in the year to come. For some, the skepticism is borne out of the fact that there are no real parties and end of year celebrations as in years past. For others, it’s the insecurity and the government’s inability to curtail this fear, its inability to help revive the economy after the corona virus pandemic. And for some, the threat from some opposition leaders to use all means to overthrow President Jovenel Moïse after February 7, 2021. A mixture of these issues has deterred people from even sending well wishes to others simply because the wishes may not be true, because they may just be empty words that cannot influence events to come.  Others expressed resignation at whatever may happen and plan to participate in end of year events, but the security situation is causing others to sit the year out.

Talking about an uncertain end of year, the increasing cost of basic necessities has thrown a damper on festivities across the country, causing traders in the market to be worried as the absence of shoppers, due to the higher prices has affected their bottom-line. Historically, markets in Port-au-Prince usually teem with shoppers but this season, was very slow with little to no shoppers in sight, creating angst among traders. On a trip to Marché Salomon, to see at first hand how the economic activities were going on, it was clear that there were more sellers than shoppers. In an interview with a trader who sells construction materials, he jokingly claimed, Santa Claus must have been kidnapped, because of the absence of festivities in the air. But beside the joke lies a real picture of desolation because of the absence of shoppers who would have come to buy supplies to paint their homes or beautify them as is the case in previous end of years. The high cost of living and increasing high prices makes it impossible for them to sell their wares. For food merchants, the story is the same; people are not buying since a bag of rice that sold for 1,250 gourdes just recently is now 1,750 gourdes, oil goes from 400 to 500 gourdes per gallon and almost all other basic necessities have gone up. But besides the rising prices keeping shoppers away, there is the security issue that is worsening the current situation as the people refuse to go out and get supplies, for fear of the gangs and kidnappers who have held the country hostage for some time now. The traders are now calling on the authorities to take measures to lower prices and address the insecurity so that people can have confidence in coming out to buy in the markets.

In a different development, police have discovered a coffin full of human bones in a voodoo temple, péristile in Croix des Bouquets, which points to the workings of the gang in the area known as 400 Mawozo, during an operation yesterday. The macabre discovery signals the presence of a mass grave in the area, according to spokesperson for the judicial police, Gary Desrossiers. The gang’s den is in an uninhabited area, covering several hectares, and with the leaders themselves religious leaders at the same time, their ability to control their bandits and residents of the area is heightened.  A large number of crimes have been committed by the gang during assaults on the national highway, and authorities are currently looking for the gang leader, Joseph Wilson and two of his deputies, who are suspected of occult activities and their gang imposing their law on the region for well over two years.

Meanwhile, former senate president, Déjean Bellizaire, is asking for the respect of the constitutional mandate of 5 years for President Jovenel Moïse, because according to him, Article 134 of the constitution stipulating that the mandate begins on February 7 following the elections must be understood as being in opposition to the one that envisages the beginning of the mandate before the date of the election. He therefore pointed out that the 2015 elections were cancelled by the then provisional president Jocelerme Privert, and that President Moïse’s mandate began on the date of his inauguration on February 7, 2017. Mr. Belizaire contends that the forced departures of heads of state cause long periods of instability, and he recommends dialogue among the political actors. He laments the fact that politicians tend to interpret the constitution to suit their personal interests and urge political leaders to be disciplined in respecting the mandate of presidents elected by the people.

Finally, in a joint statement by the Chairman-elect of the US House Foreign Affairs Committee Gregory W. Meeks, Chairman of the Western Hemisphere, Civilian Security, and Trade Subcommittee Albio Sires and Congressman Andy Levin, they are aware and concerned that President Jovenel Moïse is pursuing an increasingly authoritarian course of action, issuing a series of recent decrees that include creating an extra-constitutional domestic “intelligence” force, reminiscent of past anti-democratic abuses, including the run-up to the Duvalier dictatorship, and that they will not stand idly by while Haiti devolves into chaos.  They plan to work urgently with the incoming Biden administration to develop a U.S. policy that prioritizes the rights and aspirations of the Haitian people and supports a credible, Haitian-led transition back to democratic order. They will further engage international allies and institutions to coordinate a multilateral strategy to address the ongoing crisis in Haiti and pursue accountability for Haitian officials who commit human rights violations and acts of corruption.

Also, according to the Miami Herald, a Florida lawmaker, Al Jacquet from Palm Beach, who was disciplined after using a gay slur against a political rival and who lost re-election earlier this year was taken into custody in Miragoâne on a weapons charge, police said Thursday. Circumstances of his arrest were a mystery. He was charged with illegal possession of a weapon. The police said an investigation was underway, and the case has moved from the attention of local police to that of the national government. The police could not say whether or when Al Jacquet might be released from custody. 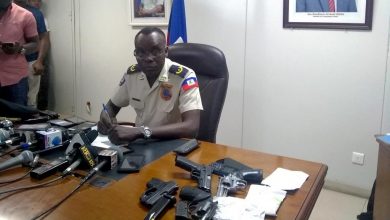 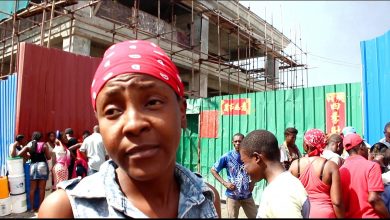