The assassination of the bodyguard of the president of the Ayiti An Action (AAA) party Youri Latortue near the party headquarters in Delmas Tuesday has once exposed the insecurity in the country and the increasing boldness and impunity with which armed gangs are terrorizing residents in the urban areas. According to the former Senate President, his bodyguard, Mr. Diogene Elias Éric was going to his car when two armed individuals on motorcycles opened fire shooting him multiple times, mortally wounding him. The ex-Senator said his bodyguard had confided in him in the past week that he’s been threatened by some people. Witnessed also confirmed that the security guard in the building by the name of Dieuseul was also wounded when he was shot three times. He’s since been treated at a hospital in the area. Over 20 shell casings have been found in the area.

If the security situation is still going on at such an alarming rate, Former Interior Minister Réginald Delva thinks it is because of a visible absence of the police on the streets, causing the armed gangs to run wildly and affirm themselves in the streets. According to Mr. Delva, the gangs have better control of the terrain that is slowly being abandoned by the security forces, with a better intelligence than the police. With no effective response from the security forces, the gangs give the impression that they are an authorized force. The police need to assert themselves by delineating where their authority lies, by letting their presence known to avoid such things as barriers put up by gangs in populous neighborhoods with the sole purpose of terrorizing residents. But a sinister plot at play here is the relationship between politicians and the gang leaders, who often complain of broken promises by the authorities. Therefore, the tension between armed gangs in the streets and the population at large is a function of the negotiations between the politicians and the gangs, effectively marginalizing the police. Addressing this will require more than increasing resources to the police, but rather a clear definition of the role and mission of the police.

Elsewhere, the Port-au-Prince bar association has appointed the interim president to the post of president, effectively replacing the assassinated leader Monferrier Dorval. Marie Suzy Legros was selected with 72 votes from lawyers present at the bar associations meeting; a meeting at which the lawyers presented a united front and agreed to select the interim president to assume the position full time. For her part Ms. Legros promised to carry on the legacy and policies traced by her predecessor, working with the same board and keeping the nine (9) commissions set up by her predecessor functioning as usual. She said she doesn’t have any personal agenda but to continue the work of Monferrier Dorval.

Meanwhile, the government has announced that it expects a drop in the price of kerosene, by the next delivery of fuel by a tanker. The Minister of Economics and Finance, Michel Patrick Boisvert made the declaration, noting the government’s concern about deforestation and the fear of people cutting down trees for firewood. Also, the government is concerned about the relatively high prices of propane gas but warned that there should be no increase in tariffs on this product so as to discourage the return to firewood, and promised to interfere to address the increasing cost of the gas. In the other petroleum areas, the increasing appreciation of the gourde and falling prices of petrol on the international market have come together to create the environment for a decrease in the price of petrol in recent days.  With new actors showing an interest in fuel importation, there’s the expectation for controlled prices in the industry. President Jovenel Moïse claimed to have carried out in-depth reforms in this area and announced the application of the March 9, 1995 decree which provides for price adjustments for each five percent (5%) variation in the price of oil in the international market. He asserts that transparency is a key characteristic of the petroleum sector and denounced the secrecy in which the sector has operated in the country over the years. He stressed that with each delivery of petroleum, the prevailing price must be made public, because the state tends to lose enormous amounts of money in the delivery of petroleum. For each gallon of gas, the private sector gains 64 gourdes, and for this the President wants them to pay their fair share of taxes so that the revenue generated can be used for infrastructure projects across the nation. But he was quick to express that the price of gas is not wholly determined in Haiti, because the country is not a producer, but determined by the fluctuations in the international markets.

Finally, the World Bank has pledged US$60m for the digital acceleration project for Haiti. In a press release issued on Friday, October 9, 2020, the bank’s decision to support digital connectivity in the country is aimed at increasing access to high speed internet services in the country and to lay the foundation for digital resilience in the face of health, climate and economic shocks. 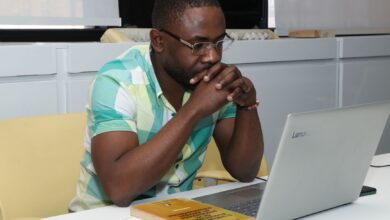 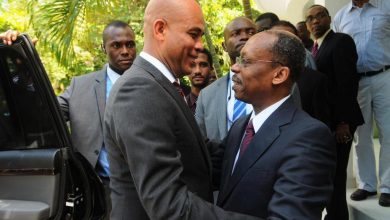 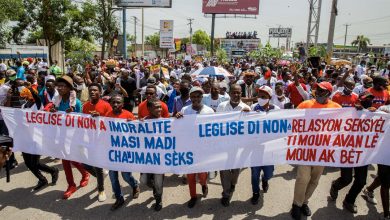