The new 2020/21 Executive budget has been voted on by the current government on September 30, 2020 during Cabinet meeting, according to the Spokesperson for the government Renald Lubérice. The 254 million gourdes’ budget is voted in time to coincide with the new fiscal year that started the next day, October 1, 2020 and it is expected to help revive the lagging economy plagued with many socio-economic and security concerns. The government also made certain forecasts regarding where revenues will come from. According to the budget, the government plans to collect 132.6bn gourdes, with 95.1bn coming from internal revenue, 32.9bn from customs and excise duties, and 4.4bn from other sources. Details of the budget include a budgetary support estimated at 9.9bn, donations at 29.9bn and aid at 19.9bn. The financing of the budget is estimated at more than 92bn distributed as follows: draw downs on borrowing, 8.1bn, treasury bills, 25bn, other internal project financing, 5.5bn, central bank (BRH) loans of 37.2bn and commercial bank loans of 16.3bn. Meanwhile, funding for this budget has increased from 30bn last year to 37bn this year while the government also increased the amount allocated for debt payment by more than 100% from 17bn during the last fiscal year to 43bn this fiscal year.

This fiscal year has come unannounced with little fanfare. What used to be an occasion with thanksgiving mass, where the Director of the internal revenue service provides an update on the financial health of the institution, and by extension the country as a whole, did not take place this year. Rue Christophe, where the headquarters is located looked as any normal workday, with people going about their business and transactions. But reactions to the new budget has been swift and worrisome as civil society organizations have declared the budget not the kind that can move the country out the morass its been in for quite some time. Some notice an absence of much investment in social programs and the likelihood that the budget will be executed through an efficient use of public resources that will address the fundamental aspirations of the Haitian people and the relaunch of the economy. With the gourde appreciating at this rate, there is the likelihood that foreign direct investment will stagnate. Prime Minister Joseph Jouthe in a recent letter regarding the draft budget projected an annual growth of 2.4% through an economic renewal plan that includes a post Covid-19 economic plan for the next three (3) fiscal years that achieves a sustainable and inclusive growth, allowing for the creation of thousands of jobs. According to the government then, the different priorities of this budget is to diversify the economy, speed up economic development, basic and energy infrastructure, support small and medium size enterprises and to create more jobs, develop human capital and social inclusion, and building resilience against natural disasters.

The first Monday in the month of October is the beginning of the new judicial year, and as custom dictates, the opening ceremony was held at the premises of the Supreme Court, in the presence of President Jovenel Moïse, Prime Minister Joseph Jouthe and other high ranking officials in the government. But this year’s ceremony was marked by the absence of lawyers and judges who stood outside the premises to make their voices heard about the insecurity in which they have been working in recent months. Also noteworthy was the fact that the interim president of the Bar Association, Marie Suzie Legros left the ceremony to join her colleagues on the streets. The lawyers were protesting conditions that made possible the assassination of their leader, Monferrier Dorval and the student from the Teacher’s college, Grégory Saint-Hilaire who was killed on campus this past week. But besides the protests, the president of the supreme council on judicial power, Conseil supérieur du pouvoir judiciaire (CSPJ) René Sylvestre addressed a special message to those within the legal system who have been victims of violence and acts of aggression. He said it is time the state takes measures to confront those creating havoc and fear in the population. He stated that it is necessary for the state to stop being a firefighter in its approach to dealing with the violence and help work together to assure people of the importance of the judiciary and the rule of law in the country.

Elsewhere the increasing insecurity and violence across the nation has led the UN envoy to the country Helen La Lima to conclude that the country is struggling to avert the precipice of instability. In an article in Yahoo new, the UN representative painted a grim picture of life in the country with violent gangs challenging the authority of the state and opposition political groups protesting and blocking moves toward legislative elections. The Foreign Minister of the Dominican Republic, Roberto Alvarez told the UN Security Council that the large scale socio-economic, health and political crises currently roiling the neighboring country is very concerning, with violence and impunity sowing devastation, thereby affecting the smooth functioning of daily life, let alone government. He recalled his government’s warning to the UN Council against the decision to withdraw the police training and monitoring mission from the country on October 15, 2019, which it deemed premature because the appropriate conditions have not been met.

Meanwhile, in American politics, former Vice President and the Democratic candidate for President Joe Biden was in Little Haiti section of Miami yesterday to meet with community leaders as well as the large Haitian community there. Prior to coming to Little Haiti, the presidential candidate promised better oversight of money pledged and given to Haiti, stop deportations and extend TPS. With regard to the mainland, Biden says investing in the island’s prosperity and security is a national security interest of the US and will announce policy priorities that impact Haiti and Haitian Americans. Noting that the community with more than 300,500 people of Haitian descent constitute a strong voting bloc, the campaign recognizes this strength and agreed that their road to the white house passes through Little Haiti. In September 2016, President Trump campaigned in the community pledging to be the greatest champion of the Haitian people, but since the votes have been delivered to him, he turned his back on the community, calling Haiti a S****ole country, ended the Haitian Family Reunification Program and sought to end TPS, all programs that benefit the community. We hope people take note of this failure and go out massively to exercise their right to vote.

Finally, President Jovenel Moïse lost his father this past Sunday. Étienne Moïse died of natural causes in his home in Cap-Haïtien. In a tweet, the President said goodbye to his dad, adding, “Your departure deprives me of a model, an advisor, a loving father, who cultivated a sense of duty and sacrifice. You showed boundless love for your children and for your neighbors. You fulfilled your mission on this land with satisfaction.” The new president of the Dominican Republic President Luis Abinader presented his condolences to President Jovenel Moïse via tweeter, as well as Prime Minister Joseph Jouthe on behalf of the government.

Spirit Airlines is restoring flights to Cap-Haïtien starting from December 3, 2020. In a press release issued by the airline, they plan to return to Haiti’s north coast just in time for the holidays.  The airlines will be resuming nonstop flights from Cap-Haïtien International Airport (CAP) to Fort Lauderdale-Hollywood International Airport (FLL). This will be the only nonstop option between the northern part of the island and the US, instead of backtracking through Port-au-Prince. The airline is offering Guests three weekly flights—Tuesday, Thursday and Sunday—with connections to 22 major cities in the U.S. 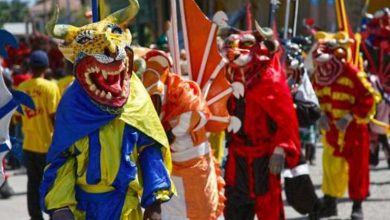 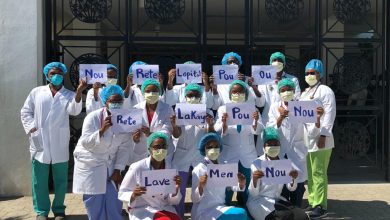 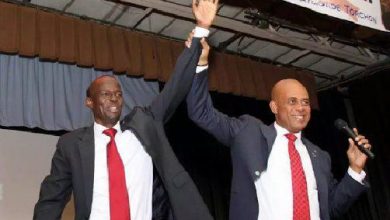