According to the latest data from the Ministry of Public Health, the number of covid-19 cases in the country has surpassed 7,000 with 146 deaths According to the Ministry, there have been 16,957 suspected cases, out of which 7,063 has been confirmed with more than half of those infected (3,877) have been declared cured of the virus, or simply tested negative after retesting. As the departmental breakdown goes, the West department, which includes the capital Port-au-Prince remains the most affected area, with 5, 17 cases and 58 deaths. The breakdown by communes is as follows; Delmas reported 1,255 cases against 1,065 for Port-au-Prince; 766 in Pétionville, 627 in Tabarre, 478 in Tabarre and 382 in Carrefour are the most affected communes in the country.

From one pandemic to another, President Jovenel Moïse plans to regain control of the security situation in the country, by announcing the use of a carrot and stick approach to dealing with the gangs that have been controlling daily lives in the country with impunity for quite some time. Mr. Moïse called on all gang members with arms to negotiate their disarmament with the national disarmament commission, Commission Nationale de Désarmement Démobilisation et Réinsertion (CNDDR) as the most prudent thing for these gangs to do, else, he warned, they will be jailed or killed during confrontations with the security forces. The president has denied any relations with these armed gangs, stating that as a native of Trou du Nord, he would not know or have any connections with gangs in the capital metropolitan area. The President asked the disarmament commission to negotiate with the gangs who have come together as G9 and have asked to be recognized and legitimized to participate in the building of the nation. President Moïse instead accused his detractors and leaders of the opposition as the ones instigating the gangs especially during the unrest in 2019, when gangs were protecting barricades set up by demonstrators against his regime. According to Mr. Moïse, gang leaders may have realized the political game and do not want to be used by politicians anymore.

Meanwhile, the Mayor of Cité Soleil, Joël Janéus has confirmed the killing of 25 residents in recent days during confrontations between rival gangs in the Boston and Brooklyn neighborhoods. The leader of the Brooklyn gang, Ti Gabriel feared an assault from the Boston and Belekou gangs, members of the G9. A third offensive in eight months by the Boston gang took place Monday and the Mayor is calling on the gangs to observe a ceasefire in order to protect innocent lives in the neighborhoods. At the same time, the Mayor announced the intervention of the security forces to save lives and property and warned human rights groups to refrain from criticizing the tactics of the security forces. He noted that the gang clashes are for control of territory, which resulted in many residents fleeing for their lives due to the terror imposed by the gangs.

This blatant display of lawlessness and operating with impunity is a worrisome phenomenon, according to the New England Human Rights Organization, NEHRO, which made their fears for illegal arms entering the country, known in a letter to the US Immigration and Customs division of the Department of Homeland Security.  The letter details how the illegal flow of arms from the US to Haiti has created an increase in gangs and gang related activities in the country. This easy access to firearms, especially in the Port-au-Prince area has created a veritable nightmare where notable personalities are assassinated with impunity and the national police, which is not equipped with such sophisticated weapons is unable to investigate and bring the perpetrators to justice. The organization noted that the UN Secretary General’s Report presented to the UN Security Council on July 19, 2019 clearly identified individuals close to the government who were involved in the La Saline massacre, and within a period of less than two years, the organization was able to report on 4 violent massacres orchestrated against the vulnerable in the populous neighborhoods in Port-au-Prince. From 2018 to date, armed gangs have multiplied with a surprising rapidity as the current administration draws to the end of their mandate, plunging the country into chaos with the insecurity, organized crime and gang activities at their highest levels.

Moving from crime, another problem facing the country is the energy crisis, creating severe rationing of electricity in the capital. Some neighborhoods spend more than 8 hours in the dark, a serious problem for homes but also businesses which are affected. The blackouts have been made all the more unbearable with the shortage of fuel at the pumps, making it difficult for people or companies to operate their generators. Also, this at a time when a new Managing Director has been named to head the state electricity company, Ed’H. The rationing has worsened for the latter part of two weeks, since the nomination of Michel Présumé to head the electricity cooperation, and opposition of electrical company workers to his nomination. Workers at the headquarters of the Ed’H have opposed this nomination and have made their views and opposition known. The union fears that such a nomination will clear the way for the eventual privatization of the state energy company.

Meanwhile, the Minister of Commerce and Industry, Jonas Coffi, has been putting pressure on fuel vendors by making unannounced inspection visits to their establishments to stem the black market in the fuel sector. After visiting 8 fuel stations, the Minister noted 80 percent of them have fuel, indicating that the shortage is artificial, to create a situation in which they can sell the fuel in the black market at marked up prices. Two of the fuel station managers have been arrested by the judge who accompanied the Minister on his surprised inspections. In the meantime, the President hopes to fulfill his campaign promise of making electricity accessible to all throughout the country, by signing a new contract with the American company, General Electric. The US$127m contract which will be signed in the coming week will add more than 200 megawatts to the current network. A new project of two generators at Varreux will produce 188megawatts while 20megawatt dual functioning generators will be place in Varreux, Carrefour and Cap Haïtien. The new electrical grid in the metropolitan area will extend from Bois Neuf to Léogane will be completed in 18 to 24 months. With funding from Taiwan, the network will increase in capacity from 252 megawatts to 800. GE will install 4 turbines at the Carrefour plant to produce more than 120 megawatts, and the first phase of the GE project will cost more than US$57m, with 130megawatts of solar energy that will cost US$65m.

Finally, it appears President Moïse is losing some of his collaborators as he is increasingly seen as incapable to managing the crises facing the nation. The former Minister of Youth and Sports, Max Attis openly called for his resignation, fearing a bloodbath and the President who he thinks lost all legitimacy after failing to call for elections. A member of the Jouthe government after the Kinam and Marriott accords, the former Minister regrets ever being a part of the administration and sees himself as a free citizen today, free to express his opinion on state affairs. Mr. Attis also criticized the Caravane of change and electrification projects of the administration and call for investigations into the embezzlement of funds to build stadiums. The second high ranking officer to change sides is Reynold Georges, who resigned his post as judicial advisor to the president, after complaining about the president’s relationship with some gangs, especially the way the security forces were lax when the G9 gang wanted to demonstrate on the streets in the capital. Mr. Georges also opposed publication of the new penal code with numerous articles that are unconstitutional while he was never consulted on the project, as the judicial advisor to the president. His other concerns are the failure to hold municipal and parliamentary elections. 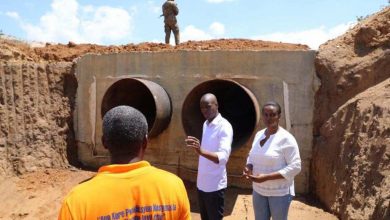 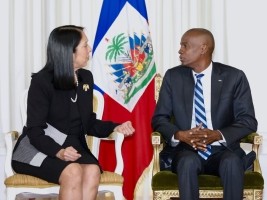 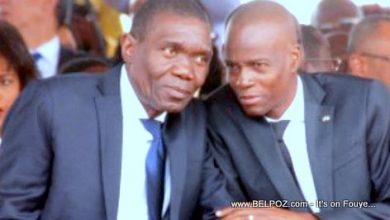 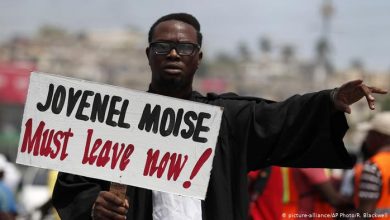