The Western Hemisphere, Civilian Security and Trade subcommittee of the US House of Representatives’ Committee on Foreign Affairs held hearing on the Haitian crisis on Tuesday, December 10, 2019 at the Rayburn House Office building. The hearing brought in three members of civil society groups to Washington to testify to what is actually going on in the country. The invited witnesses were Mr. Pierre Espérance, Executive Director of the Human Rights Defense Network, Réseau national de défense des droits humains (Rnddh), Mr. Daniel Erikson, Managing Director of Blue Star Strategies and Ms. Emmanuela Douyon, senior official responsible for monitoring and evaluation of the National Democratic Institute, and representative of the group of Petrochallenger, Nou pap dòmi. These chosen leaders plan to use the platform provided by the US Congress to speak on issues that are central of the current crisis. For the Human rights group; the issues of what the population demand is paramount, especially since the uprising that began on Sunday, September 15, 2019 has consistently call for the Haitian President to step down. Other crucial points include the human rights findings related to the Petrocaribe report and the massacres in La Saline in particular, additionally, the use of armed gangs in a proxy war to terrorize the population and silence the opposition.  For Ms. Douyon, testimony will center on the fight against corruption and how the President himself has been implicated in the corruption scandals highlighted in the PetroCaribe report, the repression that common people endure at the hands of gangs and President Jovenel Moïse’s inability to govern.

During his testimony, the human rights leader exposed the links between the armed gangs who undertook the La Saline and Bel-Air massacres and the current Tet Kale 2 government, where the perpetrators have still not been apprehended almost a year after an investigation was opened. He lamented that he’s been involved in the fight for human rights over 30 years in Haiti and the situation in the country in the past three years has been unprecedented, with over 180 people killed since the protests began.

Prior to the congressional testimony, the US Under Secretary of Political Affairs, David Hale visited Haiti on Friday, December 6, 2019 to meet with President Jovenel Moïse, the Foreign Affairs Minister, Bocchit Edmond and other political actors, to discuss the crisis in the country and the urgent need for an inclusive dialogue with the various actors. The meeting included discussions on the socio-economic catastrophe that the country is facing and the role the US government is playing to provide needed assistance.  The Under Secretary also met with such opposition leaders as Pacha Vorbe of Fanmi Lavalas, Youri Latortue of the Alternative Consensuelle, Liné Balthazard of the ruling party, PHTK, Rosemond Pradel of Fusion-Mache Kontre, Bernard Craan of Passerelle Éric Jean-Baptiste of RDNP and Senator Joseph Lambert. He thanked the Haitian government for their participation in what he termed the restoration of democracy in Venezuela, while concluding that the US is interested in having all the political actors and leaders come together without any preconditions to end the political impasse in the country to end the long suffering of the ordinary people.

Other high-ranking US officials who were recently in the country included the US Ambassador to the United Nations, Kelly Craft and the Deputy Assistant Secretary of State, Cynthia Kierscht. During her two-day fact-finding mission, the Deputy Assistant Secretary of State, together with the US Ambassador to Haiti, Michele Sison met with leaders of the business community, the chief of police as well as the Taiwanese Ambassador. They also met with leaders of various industries and the chambers of commerce, l’Association des Industries d’Haïti, Chambre de Commerce et d’Industrie d’Haïti, and the Chambre de commerce américaine in a preparatory meeting for a follow up meeting in Miami on December 16, 2019 between representatives of the private sector in both Haiti and the Dominican Republic. The Ambassador stressed that the meeting in Miami will address cross border issues, commerce and the promotion of direct foreign investment. Ms. Kierscht’s meeting with police chief Rameau Normil, revolved around security concerns and challenges facing the force, recent arrests related to gang violence and efforts to protect human rights through an honest and responsible police force.

If the US anticipates a direct dialogue without any preconditions, the majority of the opposition does not see that approach as the right way to move from the impasse. There was a demonstration Friday in the capital to protest US interference in the political crisis facing the country. Deputy Jean-Robert Bossé, speaking to the online agency Alterpresse suggested that resignation is a voluntary act and the current President does not want to resign on his own, so it is up to the people to find ways to oust the regime from power. The ad hoc committee set up to select an interim president and Prime Minister will present the result of their search on the six entities concerned, but some of the members are asking for more time to further study various details. While some are taking the relative calm in demonstrations in the past three weeks that results in resumption of commercial activities and schools, after such long periods of protests as a sign of a truce, Edgard Leblanc Fils said that might not be the case. According to the leader of the people’s struggle, Organisation du peuple en lutte (OPL), it’s not that there is a truce but rather, the people are taking a break to rethink new strategies. Naturally, in a precarious society such as this, with the socio-economic situation degrading on a daily basis, it is only normal that people with become a bit weary as things don’t change sooner, especially after months of protests.

Michel André, who is the spokesperson for the alternative consensus, l’Alternative consensuelle pour la refondation d’Haïti, disagrees with the US position which favors a cohabitation with the current government. He thinks the American position does not take into consideration the grievances expressed by the people. The people have spoken ample times and have made their decision known; by demanding the departure of the current President and his government, a transition that breaks away from the current regime and create a new government that reflects the aspirations and needs of all Haitians.

Elsewhere, the former deputy, Arnel Bélizaire and five others considered accomplices were held at the national penitentiary on Monday December 9, 2019, after being charged before the court in Port-au-Prince by the deputy prosecutor Jeanty Souvenir. Charged with assault orders against public buildings, the police and the US embassy, the former lawmaker from Delmas dismissed the charges, arguing that his statements were misinterpreted and taken out of context. He said his remarks to activists were to place barricades and scale the wall of the embassy. He condemned the police for searching his residence during his absence, while at the same time; the police refused that a Justice of the Peace draw up a report of his arrest. He said although he owns two guns but did not have any guns with him at the time of his arrest. He reminded the audience that he’s a political leader who’s involved in the popular movement to oust the current regime of President Jovenel Moïse.

Finally, torrential rains in Cap-Haïtien last weekend caused flooding and landslides in the city, forcing hundreds of families to flee their homes and seek shelter on higher grounds, without help from public officials. Most residents have complained about officials who are expected to execute President Moïse’s Caravan of Change program, have failed to complete the concrete works started over a year ago, making the area more vulnerable to flooding. In 2016, 150million gourdes were designated for canalization projects to evacuate water from vulnerable areas, under President Jocelerme Privert, but besides works to remove garbage, no work has been realized up to date, with the stagnant water still left in flood areas.  Also, the vehicle belonging to the Haitian Consul General in Santiago, RD, Judith Exavier, has been impounded by the Dominican police at the border between Malpasse and Jimani. The white Lexus with registration number G-353903 has been impounded based on instructions from the DEA, who suspected it of drug trafficking and money laundering, 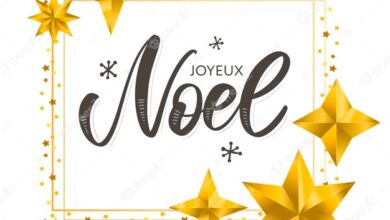 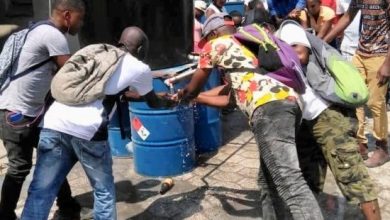 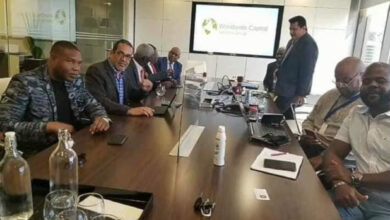