A two-week-old gang turf wars in Cite Soleil is causing more pain to the locals in the community than the gangs that are fighting in the area. After reports of more than two hundred casualties, Prime Minister Ariel Henry and the Minister of Interior, Liszt Quitel, reportedly met with local community leaders in the area, especially in Brooklyn, in order to create a humanitarian corridor where humanitarian aid can be provided to the people who live there and have been trapped in their homes since the fighting began. Residents of the neighborhood of Brooklyn has been deprived of water and electricity for the past few weeks as the intense fighting has created a serious humanitarian crisis that the authorities are incapable of containing the violence nor put a stop to it. A local resident and member of the community’s administrative body, Cheryl Joseph confirmed the meeting with the Prime Minister and the Minister of Interior adding that the purpose of the meeting beyond the creation of the humanitarian corridor is to find ways to bring calm into the neighborhood, and allow for the wounded and other victims of this senseless violence to receive medical attention. She further added that the mayor’s office has not been able to compile an exhaustive list of the number of people killed during these confrontations, but the UN mission estimated some 200 people have been killed, and hundreds more wounded between July 8th through the 12th. Ms. Joseph further stated that this armed conflict between gangs in Cité Soleil dates back more than three years. Except that since last Friday, July 8, the conflict took on another dimension when the G-9 gang and allies attacked the G-pèp gang in order to control the entire territory of this vast slum plagued by all kinds of problems that have historically been faced by residents of the area.

Gang wars continue unabated in the Artibonite region just as violently, claiming lives and paralyzing economic activities in the area around Pont-Sondé, with residents desperate for some form of normalcy in their daily lives. The Savien and Jean-Denis gangs have been attacking each other, and the state security apparatus, ineffective and irrelevant can only watch the bloodbath unfold live on social media, just like the rest of observers. The gangs involved in this unending struggle have exchanged gunfire with their automatic weapons for three days, setting ablaze several houses, gatehouses and food supply depots, including the Jaden Lakay industry, which is a local industry that specializes in national production. Also, the national route 1 is said to be very dangerous around Kafou–Pèy, with passersby being kidnapped and executed for the sole reason of being from one locality or the other. Other gangs from different parts of the department come to reinforce the dueling gangs fighting for full control of the areas in Petite-Rivière. This has been going on for over a year now since a cease-fire was reached and agreed to by all the parties. Unfortunately, the current skirmishes began after a police raid on July 8, in which 4 members of the Savien gang were killed and Jean Denis gang was suspected of collaborating with the police. The Savien gang therefore seeks revenge.

Speaking to journalists, the departmental police commissioner of Saint-Marc, Ronald Pierre agreed that the situation is chaotic at the moment, that only 2 people were killed instead of the 5 reported by the local press and that soon, a strategic operation will be undertaken to flush out the criminal elements in the department, while assuring travelers that the national highway is safe for them to pass through. The authorities promised to work to bring to justice those involved in these atrocious and violent acts against residents of the department. Meanwhile, leaders of several peasant’s organizations in the Artibonite region such as André Guerdy, Kénol Damestoire, Françoise Joseph Coffy and Frégot Charles, asked Prime Minister Ariel Henry to show protective benevolence to towards his native region, that has been transformed into a gang den.

Meanwhile, a shipment of arms was intercepted at the port of Port-au-Prince last Thursday, making it the fourth shipment of ammunition, firearms, and other materials from the United States of America, discovered since July 1, 2022. A container seized during a search of several suspicious containers at the port on Wednesday by customs agents found a container with 14,646 cartridges, 140 chargers, 18 weapons of war, four (4) 9mm calibre pistols, 1 viewfinder and counterfeit banknotes amounting to 50 thousand dollars. The cargo arrived at the Saline area at Caribbean Port Services. Agents from the drug trafficking bureau, Bureau de lutte contre le trafic de stupéfiants (BLTS), the judicial police, la Direction centrale de la police judiciaire (DCJP) as well as the interim prosecutor at the Port-au-Prince civil court, Jacques Lafontant, together with a justice of the peace were on hand to carry out the search. Earlier, on Tuesday, a shipment of 25,000 cartridges was seized in Port-de-Paix, while on Wednesday at the same wharf, customs officials discovered several boxes of ammunition and magazines on a boat coming from Miami. Some of the arms were found in a public transport that plies the Port-au-Prince to Port-de-Paix line, belonging to one Churchill Petit-Frere, who was arrested by the police. Others were transported into the country aboard a boat named “Lillie” belonging to one Jonas Georges. According to orders from the prosecutor at the civil court in Port-de-Paix, Michelet Virgile, the police also arrested Fritz Jean Rélus, accused of being an accomplice in the illicit trafficking of firearms. Search warrants have also been issued for Marie Guirlène Estimable, Wilfrid Estimable and Edy Lafrance. But, on Wednesday July 6, 2022, 2 suspects, in the traffic of ammunition and weapons in Port-de-Paix, Fritz Jean Relus and Jonas Georges, owner of the ship “Lilie”, were released, on orders of the prosecutor’s office. The Ministry of Justice then quickly relieved the prosecutor of her duties for what it called serious administrative errors. Then on the 12th, Michelet Virgile was arrested, at the request of the Office of Financial and Economic Affairs, Bureau des affaires financières et économiques (BAFE), then transferred to the Judicial Police headquarters in Port-au-Prince. Also arrested is Gina J.L. Rolls, who was arrested on Friday, when the containers with the ammunition were addressed to the Haitian Episcopal Church, l’Eglise épiscopale d’Haïti (EEH0 but the church has vehemently denied any knowledge of the shipment and called on the authorities to quickly shed light on this issue.

Finally, the ACLU has alleged that the US authorities have been using large amount of migrants’ location data via cellphones without a court order to do so. According to the press, the documentation obtained by the ACLU shows the government’s attempts to wash its hands of any responsibility in acquiring data on the location of people that would require a court order. Customs and Border Protection (CBP), Immigration and Customs Enforcement (ICE), and other Department of Homeland Security (DHS) agencies collected information extracted from smartphone app calls, according to the ACLU. Immigration authorities have turned to apps and cellphones to determine the location of undocumented migrants awaiting an immigration court hearing to determine whether they will stay in the country.  The government used millions of dollars to buy access to cell phone location information compiled and sold by two data providers, Venntel and Babel Street.

From September 2021 to June 2022, the Dominican Birth registry recorded close to 32,000 births to Haitian mothers in Dominican hospitals during this period, accounting for 31.9% of all births during the period. Dominican authorities have taken to preventing pregnant Haitian mothers to come to the country to deliver, a practice human rights groups in the Dominican Republic oppose as inhuman. Last November, the Dominican government indicated that they spent approximately 10billion pesos for delivery by Haitian women, not counting funds allocated for other health problems, this after the government announced measures aimed at curbing illegal migration, banning entry from Haiti to pregnant women and only admit immigrants coming to the emergency room only. 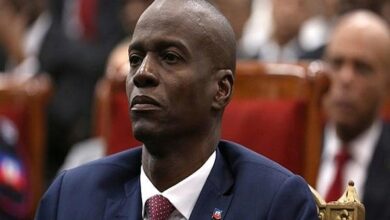 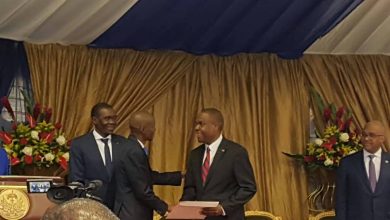 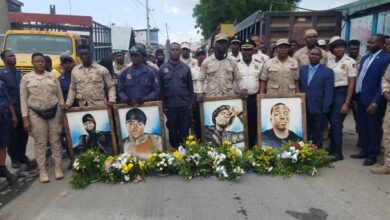 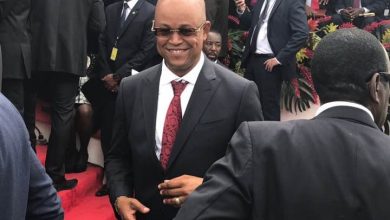