Without an actual head of state, since the assassination of Jovenel Moïse last July, the task of the traditional Christmas message to the nation fell to interim Prime Minister Ariel Henry. In a pre-recorded message played to the nation on Christmas day, PM Henry called for unity to face the challenges facing the nation in 2022. Taking stock of the current year about to end, the Prime Minister mentioned such glaring events as the assassination of President Moïse, the August 14 earthquake in the grand South, and the tragic accident of the overturned petrol tanker that incinerated dozens of people in Cap-Haïtien creating victims of people who either rushed to collect the fuel or who live in the area, as some of the somber episodes that marked the year. Mr. Henry further stated that as a nation, we should harness the courage to take stock of where we are and where we want to go, further calling for an agreement to “steer the boat of the country to port”, and to arrive on the path of peace, dialogue, and consensus. As for his wishes for the New Year, the de facto interim Prime Minister hopes to be able to come up with a provisional electoral commission, CEP, after his earlier attempt at forming the election governing body was rejected by major sectors of the Haitian society, by refusing to name their nominations due to the security problems in the country. The Prime Minister further hopes for a new constitution and modernization of the police force because he feels a democratic nation deserves a head of state freely elected by the people. To achieve the security needed in the country to see the other objectives through in 2022, the Prime Minister indicated that his government has made the commitment to modernize the national police force by providing it with adequate equipment and training so that it can continue to protect the people and combat the insecurity rampant in the country.

Meanwhile, members and supporters of the Montana Accord have expressed their disinterest in a planned summit on the Haitian crisis in Louisiana in January 2022. According to Jacques Ted Saint-Dic, an influential member of the group, there is no need for more meetings and discussions on the situation in the country. Instead, they are focusing on political negotiations, especially with the American authorities and reject any invitation by several Diaspora organizations planning another summit from January 13th through the 19th, to allow the various groups to negotiate a permanent solution to the crisis and to lay the foundations of a transitional government to organize fair elections as soon as possible. The summit was to bring together supporters of the Montana accords, the Prime Minister’s office, the CESCO accord, the PEN accord, and Akò Lari, in addition to influential members of civil society and representatives from other sectors of the society. While these ideas may sound laudable, the Montana accord monitoring group maintains their opposition to the new summit, stating they are not interested in this initiative and have made it known to the organizers. Accordingly, solutions to the crisis must come from inside the country, and that there is no need for an intermediary because they have already met everyone and has not stopped meeting with people. While noting that they are not minimizing the importance of the initiative, they simply don’t know where it wants to go. They have received the proposal for the new initiative and are in the process of examining its merits.

In other news, there’s an alleged case of corruption at the Haitian embassy in Washington DC. According to former Senator Youri Latortue who is investigating a case in which US$4m in passport fees was embezzled at the Washington consulate. The money represented fees collected from other embassies and consulates across the world meant for the issuance of Haitian passports which is done at the Washington office. The former lawmaker from Artibonite points out that to be entitled to a passport, Haitian citizens abroad submit the passport application form and the money at the same time. “The Haitian Consulate in Miami, headed by Consul Stéphane Gilles, sent in application forms for the sum of seven hundred thousand dollars. Mr. Gilles sent the forms without sending the money. This consulate also owes more than three hundred thousand dollars of extracts from the archives, the ex-senator added. Mr. Latortue added that the practice of embezzling passport money is also carried out in other Haitian consulates, including the one in New York. Latortue accuses officials at the Haitian Embassy in Washington who he says agree to receive passport applications without transferring the money to cover the operation. In some cases, he said, the embassy produces and delivers passports without receiving the money from the consulate. He recalled that passport money is a tax that should be deposited to the national treasury. Embassies are not allowed to use this money directly, he said. “In 2019, Foreign Minister Bocchit Edmond asked the Haitian Embassy in Washington to use the passport money to pay lobbyists up to $ 121,000.

In less than 24 hours after the accusations were made public, foreign minister, Bocchit Edmond, formally denied the allegations, calling Youri Latortue’s statements irresponsible without having carried out an audit. The Haitian ambassador to Washington pointed out that there is “a passport unit, an Interior Ministry entity housed at the embassy that produces passports but does so only after the monies are paid. The Minister acknowledged that some consulates have a habit of using passport money for daily expenses when there are delays in payment at the Foreign Ministry, and while he is personally against such a practice, it is an embezzlement. He further noted that the costs of passports vary depending on the consulate, which is a problem because there are consulates where it could be $ 145, while others charge $ 250, still, some compatriots abroad pay up to $ 400 for a passport.

Finally, customers with dollar accounts in commercial banks in the country are faced with arbitrary rules by some of the financial institutions which dictate the amount of dollars clients can withdraw daily, contrary to the rules set up by the central bank, BNH. Customers are allowed to withdraw $50 and sometimes $300 only. There are restrictions on customers with accounts in gourdes. They further impose their own rates on customers despite the benchmark rate authorized by the Bank of the Republic of Haiti (BRH) which requires it to be visibly displayed inside bank branches.

Also of note, Newton Louis St Juste, lawyer for the Moïse family, has written to New York Times Editor-in-Chief, Dean Baquet, regarding an article published on December 12, 2021, entitled: “The Haitian President kept a list of drug traffickers” as part of the continuity of a diversionary strategy aimed at blurring the lines within the framework of the investigation into the assassination of former President Jovenel Moïse. 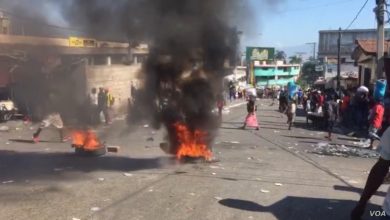 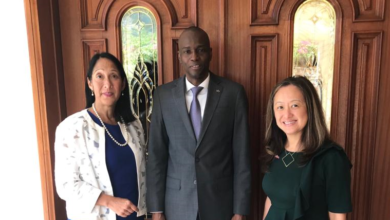 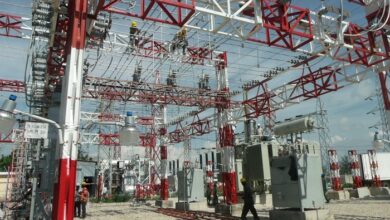 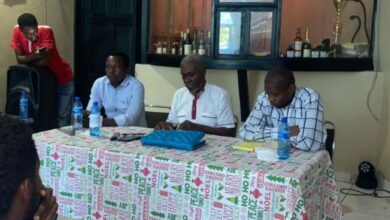