Prime Minister Ariel Henry signed a political agreement with some of the major opposition political organizations to form an efficient and peaceful government. In a meeting at the Prime Minister’s residence, representatives from the Secteur démocratique et populaire (SDP), Fusion, INITE, INIFOS, MTVAyti, Ansanm nou fò, Force louverturienne réformiste and PHTK, among others who were seasoned opponents of former President Jovenel Moïse, signed an agreement with the government to cease all forms of animosity towards the government and allow the government to govern and develop the nation. In a statement made public to the press, the spokesperson for the SDP, André Michel said that their party has taken the unusual historical position to sign the political agreement for peaceful and consensual governance of this interim period. He noted that the decision was not an easy one, but they understood that the time has come for the country to come together for a consensus on how to move forward and build up the nation, through permanent dialogue. The nature of their engagement with the current government involves the approval of the Diaspora to be integrated in the formation of a new Provisional Electoral Council, CEP, the recognition and response to the findings of the PetroCaribe inquiry and trials, the investigation into the La Saline, Bel-Air and Delmas 32 massacres as well as the hope that the inquiry into the assassination of the President of the Port-au-Prince Bar Association, Judge Dorval, as well as the constant issues of security, gang warfare, kidnappings and armed robbery. They also called for the release of political prisoners. Mr. André Michel also said that shortly after the signing of this agreement, a consensus government which will be a bi-cephalous one, in which there will not be a provisional president but rather a council of ministers will be ruling the country under the leadership of Ariel Henry as Prime Minister.

In other news, the entrepreneur Jose Pablo Sylvain, who is the president of the Mango Exporters Association and the Vice President of petrol station operators, l’Association nationale des propriétaires de stations-service (ANAPROSS), was killed by gunshot Thursday September 9, while driving around Santo, in the commune of Croix-des-Bouquet. On Monday afternoon, the parish priest of Robillard in Plaine du Nord, Rev. Father André Sylvestre also passed away at the Justinien public hospital, following an armed attack on him earlier in Cap-Haïtien. He was attacked by armed gangs as he was coming out of a bank.

Finally, the Sun Sentinel has reported that over 100 desperate Haitians clinging to a homemade boat has been intercepted off the coast of Miami. In an attempt to escape the gang violence, political turmoil and devastating conditions in the wake of a deadly earthquake, the helpless people took to the seas for the nearly 700-mile trip and were nearing the end when they were intercepted by the US Coast Guard. Overall, there were 104 migrants aboard the boat about 17 miles off Miami when officers arrived after someone reported it. The passengers were spread from the bow to the stern, many sitting shoulder-to-shoulder, some grasping onto the sails and standing where there wasn’t enough room to sit. On Sunday, some 80 Haitian migrants were intercepted about 18 miles east of Biscayne Bay, the latest voyage from Haiti since the devastating 7.2 magnitude earthquake that rocked the country and killed over 2000 people on Aug. 14. What is next for those aboard is still unclear. According to Coast Guard officials, the number of Haitian migrants detained by the Coast Guard this year, from October 2020 to October 2021, was set to be fewer than the last year until Sunday’s interception. From October 2019 to 2020, 418 Haitian migrants were detained. This year, that number is 453, and the government seem to be saying that they are on track to have what appeared to be a decrease in the migrant interdictions that year in terms of the amount of people, and Sunday’s interception boosted it over quite significantly. Haitian-American community leaders say there are more reasons behind Haitians deciding to flee than just the more well-known political issues. In years past, gangs were a concern only in urban areas, but that’s not the reality anymore. People across the country are living in fear of kidnappings or of their communities coming under gang control. 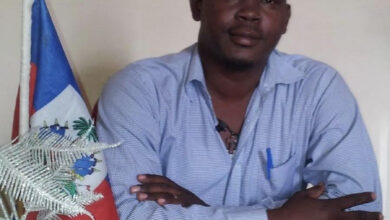 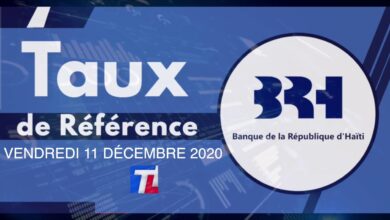 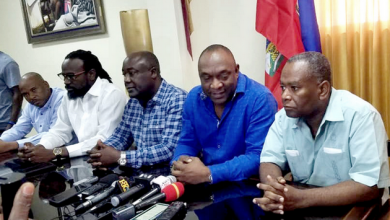