Troubling news continues to originate from Haiti. Kidnapping and overall crime continue their upward climb on a daily basis and no solution appears to be in sight. Last Friday, several clashes were reported between police and armed gangs for an extended period (over 4 hours) after police responded to gang activity in the Mahotière neighborhood the previous night. Sporadic gunshots were heard throughout the neighborhood, creating panic all the way to adjoining Waney neighborhood. According to police spokesperson, Michael Ange Louis Jeune, the standoff involved criminal gang members who were earlier chased off the area and came back to terrorize the neighborhood. Though he accepted there were wounded victims, Mr. Jeune did not say how many nor the nature of their wound.

Despite the relative success of the police operation, the Fondasyon je klere (FJKL) called on the government to work harder at stopping kidnappings and reduce criminal activity, which is increasingly common across the country and more importantly in the capital city metropolitan area. Before there is any talk of constitutional review, let alone a referendum on the drafting of a new constitution and elections in general; lawlessness must be addressed. Several human rights organizations have stated that the most pressing issue facing the nation right now is the fight against insecurity. It appears the state is complicit in the crime wave as seen by the passivity of the security forces, the police and the army, which then emboldens and promote the worrying and disproportionate scale of the kidnapping industry in the country. By the end of November 2020, at least five (5) people have been kidnapped and held hostage by gangs operating freely throughout the country, and almost all segments of society have been affected one way or the other by these criminal activities.

Some of the recent high-profile kidnappings included the journalist Guyler Cius Delva who was kidnapped on Sunday was luckily found partially paralyzed on Tuesday, December 1, 2020 in a hotel in Pétionville, and taken to an area hospital for observation. Another victim is the musician and registrar at the CEP, Philippe Augustin, who was also recently released, after being held captive for four (4) days. Then comes the case of the internist at the emergency department at the state university hospital, (HUEH), known commonly as the hôpital general, Dr. Hans David Télémaque was kidnapped early last Saturday morning near the hospital in Champ de Mars, the main public square in the capital, and was only released on Monday after an undisclosed amount of money was paid in ransom. The doctor’s kidnapping was met with fierce disapproval of his colleagues who then took to the streets to express their concerns and disapproval of the insecurity that is taking root in the country. Most doctors and healthcare workers took to the streets on Monday, calling for the establishment of measures to combat insecurity and asking for others in all walks of life to join them. At the l’hôpital la Paix in Delmas 33, healthcare personnel went on strike, suspending all routine activities except for emergencies. They hope that by standing up and speaking up, the authorities will be moved to face their responsibilities of securing the country and allow innocent citizens to feel safe and move about their daily business.

The irony of security concerns in recent days is the way the security forces address issues pertaining to security. The demonstrations last weekend and on Monday, to denounce criminal activity across the country were met with brutal police repression. Several people were injured when police shot rubber bullets into the crowd to disperse them. To the FJKL, the brutal repression by the police to disperse peaceful protesters protesting insecurity, kidnapping and anti-government activities, with impunity are unacceptable and must be investigated, and the results of the investigation made public and where necessary, appropriate disciplinary and criminal sanctions applied.

Meanwhile, an alliance of public sector workers in Canada, L’Alliance de la fonction publique du Canada (AFPC) is calling on the Canadian government to halt all economic political and moral support for the constitutional reform and elections in Haiti, because of the current state of insecurity in the island nation. In a letter addressed to the Canadian Premier, Justin Trudeau, the group stated that the government must support civil society and international community should demand the state of Haiti so stop tolerating the crimes perpetrated on its soil by armed gangs in recent months. The alliance condemns the Haitian government’s repressive measures such as forced removals, salary withholding, and arrest warrants against union leaders especially in the education sector such as Josué Mérilien, Magalie Georges, Georges Wilbert Franck, Manis Jeanty, Wilmann Joseph, Adeka Israel, Jimmy Eliscart and Rigaud Exantus. Canada and the international community can no longer afford to ignore the collusion and corruption of the Moïse government and the group wants Canada to denounce such acts and demand that the Haitian government immediately halt such practices.

Elsewhere, the political office of the democratic opposition, La Direction politique de l’opposition dite démocratique (DIRPOD) is proposing the creation of a transitional government with an interim president who must come from the supreme court, to replace the current President Jovenel Moïse on February 7, 2021, the date on which Mr. Moïse’s mandate ends. In a document circulated to the media, the interim president would be chosen from among the judges on the supreme court, by a bipartisan commission made up of seven (7) members, four (4)  would be chosen by political parties and three (3)  would be from representative civil society organizations. Another individual who is honorably known and respected in the political or civil society would be chosen by this bipartisan commission to assume the duties of Prime Minister, all the while formally pledging to scrupulously respect the mission and duties defined in the roadmap.  An ad hoc consultative committee made up of six (6) members from the political class and seven (7) from civil society for a total of 13 would oversee the actions of the interim government and to ensure the roadmap is followed. The big tasks and responsibilities of this transitional government would include re-establishing the authority of the state across the country, restoring a climate of security by dismantling armed gangs, creating the conditions for addressing the PetroCaribe findings, massacres and summary executions.

Finally, for World AIDS day, two physicians from the Ministry of Health, Drs Lauré Adrien and Pavel Desrossiers claimed that it would be possible to eradicate AIDS in about ten (10) years. According to these physicians, the prevalence rate today is around 2 percent. For a population of 160,000 people with HIV/AIDS, 119,700 have been taking antiretroviral drugs, and of this total, 82,300 patients are no longer showing any traceable viral load, and as such are not likely to transmit the disease to others. While the doctors were expressing their optimism on a TV platform to celebrate the international day, they said that if 95% of infected patients follow treatment regimen and 95% of them are no longer contagious, then important strides would have been made; but this optimism is tempered by the fact that between October 2019 and September 2020, 5,600 individuals have been diagnosed with HIV/AIDS in Haiti. The highest prevalence rate being among homosexuals, bisexuals as well as prostitutes from both genders, according to data from the Ministry of Health. The disease is also more prevalent among women, a cause explained by certain cultural practices and the fact that as the prevalence rate drops, efforts to increase awareness and funding for education dwindles. 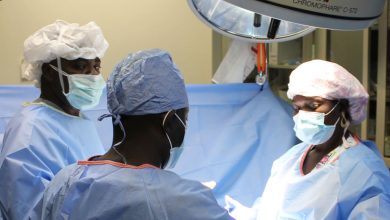 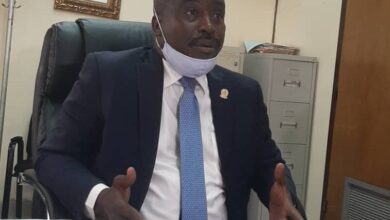 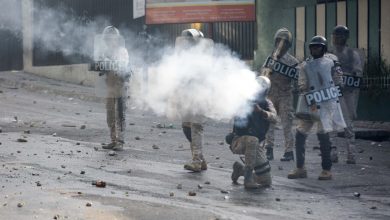