The crisis within the police department has had serious implications for the cancellation of this year’s carnival which was expected to run for three (3) days from Saturday, February 22, through Monday, February 24, 2020. Following the burning down of the stands at the Champs de Mars last week, the arrest of the leader of the officers looking to form a union, it was clear that the carnival period will certainly have some problems and the subsequent cancellation did not come as a surprise, except for the violence and chaos it left in its aftermath.  On Sunday, there were skirmishes between the newly formed army and the protesting police officers, creating confusion in the capital, Port-au-Prince. By noon, there were gunshots heard in Delmas, as well as other neighborhoods in the capital, such as Bourdon, the Martin Luther King Boulevard, popularly named Nazon, Avenue John Brown, Lalue, and the parade grounds at Champs de Mars. The situation degenerated rapidly that there has not been a true account of what was going on. Images circulating on social media show part of the entrance to the Radio Télé Vision Caraïbes (RTVC) in flames, with protesters trying to burn the building down. Small traders and shopkeepers quickly closed their stalls and forced to go back to their homes while those who found themselves in the business district in downtown Port-au-Prince had to find their way home as the tap taps were nowhere to be found, and used tires burning at various intersections in the capital. At least one soldier was killed, and numerous police officers hurt in the confrontations, forcing the government to suspend the carnival festivities.

Given the discontent within the national police that could implode any day, the spokesperson for the forces, Garry Desrosiers, announced the formation of a commission within the force to investigate the issues raised by the protesting officers. These issues are the formation of a union within the force and the improvement on the working conditions and welfare of the officers. The protests which were raucous also called for the return of four of their members who were sacked last week for seeking to unionize their fellow officers. Some residents have expressed their concern about the turn of the events with police demonstrations turning violent when the police were expected to keep law and order and to protect citizens. The Je Klere Foundation denounced the police protesters for attempting to burn down the cabinet of its president Samuel Madistin. In a protest note made public, the foundation spoke about the way the protesting police officers, without any regard for the sacrifices made by the Haitian people, were bent on attacking the human rights organization’s offices, where the president was lucky to have escaped, taking refuge in a nearby facility. Several customers’ cars and a generator were incinerated during the vandalization. The foundation said that resorting to arms and violence to get one’s position across or to express one’s dissatisfaction with an opponent’s position in the year 2020 is unacceptable. Freedom of expression is the cornerstone for any democratic society and its worth accepting ideas that are contrary to one’s views, those that hurt and those that one is in support of without resorting to violence. The foundation made it known that it would not be silenced or intimidated by retrograde and anti-democratic forces.

The commission formed by the police higher ups to address the concerns of the protesting officers includes Inspector General Marie Louise Gauthier, Divisional Commissioners Bernard Elie, Rigaud Harrington and Marie Gina and Falliers Bazelais. Their mission will be to collect all the demands of the protesting officers. The police spokesperson Garry Desrossiers didn’t speculate on whether the dismissed officers will be reinstated, he only mentioned that there are channels through which such actions go through and he will leave that to the law, all the while calling on the population to remain calm, and the police officers to exercise their duties to serve and protect the population. Meanwhile, President Jovenel Moïse gave the commission 24 hours to submit its report on the problems within the PNH to his office.

Meanwhile, barely a day after the carnival was cancelled amid growing insecurity in the capital; President Jovenel Moïse gave a press conference in which he accused certain individuals for stoking the flames of violent protests in the country. His statements have been seen as adding fuel to fire, by threatening reprisals against a bourgeois personality, a onetime ally, who he accuses of being at the root of all the unrest in the country, by using his economic power to destabilize the state. Without naming names, the President threatened that if this individual continues meddling, he can have him arrested. To his detractors, this statement proves that the president is not willing to cede any ground to his opponents and this has some implications for the dialogue moving forward. He continued that he’s not afraid of anyone and not ready to compromise on the energy sector because he thinks his policies are the best to move the country out of the morass its currently find itself once again. It’s known that the President has been in open conflict with some of the “bourgeois” class in the country. One of the main points of contentions between the President and these business elite is the energy sector of which he’s proud to have wrestle control of from the private energy suppliers, in a system he referred to as “peze souse”. But the downside to this has been an increase in the blackouts across the country, putting into question the President’s promise of a 24h electricity provision. But these state v private companies has placed certain state institutions against one another. For instance, the Port-au-Prince Prosecutor’s office against the anticorruption agency, l’Unité de lutte contre la corruption (ULCC), who’s former Director General, Claudy Gassant has questioned most decisions by the Prosecutor’s office, asking to see and understand better, the files on people the state deemed to be the bourgeoisie in Haiti. Another fight with the so-called bourgeoisie is the micro credit program launched by the president, crédit atè, which he prioritizes to give the poor small business owners a chance at getting a piece of the national resources heretofore reserved for the elite. To this end, he distributed checks from 15 to 50,000 gourdes to some 3,000 beneficiaries of the program. At the ceremony to give out the checks, the President expressed how he was pressured by the private micro credit sector not to undertake the program, but he was bent on making credit available to the vulnerable sectors of the society and was forced to suspend the program when the demonstrations and the protests threaten to destabilize the country. He plans to increase the program to 40,000 beneficiaries. 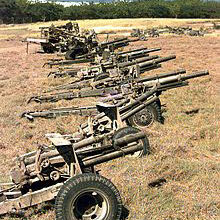 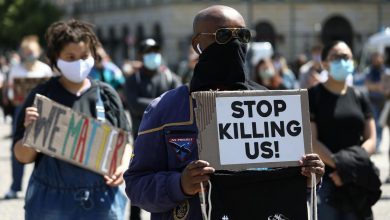