The dissolution of parliament has created the opportunity for President Jovenel Moïse to govern the country by executive decree, and this has created anxiety in various sectors of the society and opposition groups as well as the international community. In a tweet sent out on January 13, 2010, the President announced the end of the 50th Legislative Assembly, as almost all members of the lower house and two-thirds of the senate have completed their term in office. This concern has prompted the US to call for new elections in the short term to avoid a constitutional crisis that may open the door for the President to govern by decree. The US Secretary of State Mike Pompeo voiced this concern known during a meeting with Caribbean Foreign Ministers in Kingston, Jamaica, where he stated that the US would want the Haitian leadership and political actors to schedule elections. The U.S. Secretary of State is said to be convinced that the Haitian government has the infrastructure, the capacity and the regal right to hold elections, which once held, will result in a legitimate government and there should be no worry about the President resorting to autocratic rule. If anything, the US is pressuring the government at least to hold parliamentary elections soon.

Despite the pressure, local opposition groups and members of civil society are not necessarily going along with the possible elections within the current political climate. According to the founder of the party of social democrats for Haiti’s progress, Rassemblement social-démocrate pour le progrès d’Haïti, Prof. Victor Benoît, President Jovenel Moïse, purposely derailed any attempts to hold general elections planned for October 2019, in order to maintain power. The failure to hold previously scheduled elections and the subsequent dissolution of parliament was meant to give all powers to the President and his allies. Mr. Benoit warns that any attempt by the president to form a government now without consensus may not be a wise decision. For the spokesperson of Verite, Joanas Gué, there cannot be talk of elections unless the current security situation in the country is addressed, because elections involve campaigning across the country, which cannot be effectively done given how dangerous the gang issue has become. As for Jean Robert Argant, spokesperson for chairman of the December 4, 2013 Collective, He does not understand why the President is seeking to change the 1987 amended constitution, because President Jovenel Moïse’s vision cannot replace that of the nation. Victor Benoît agrees that Haiti does not have a constitutional problem and the President is simply trying to change things to suit his personal interests just as past leaders like François Duvalier and Sténio Vincent had done to gain absolute power.

Clash among rival gangs have claimed so many lives, while criminals still roaming the streets in their various communities, terrorizing the population. The government seems unable to control the situation in an attempt to control the dire conditions, the outgoing Prime Minister Jean-Michel Lapin announced the imminent purchase of additional military equipment for the national police to address the issue head on. While this may sound like a good decision to tackle the growing problem, the head of the human rights network, RNDDH, is skeptical about such measures which he considers cosmetic and not going far enough. According to Mr. Espérance, arming the police force to fight crime is laudable but he doubts the sincerity of those in the position of power making the current decision. Mr. Espérance further noted that it has been seven years since the police have acquired any materiel or armored equipment to fight crime and throughout the time that the PHTK has been in power, the police force received little support or assistance from the central government. During the same period, gangs have flourished and multiplied across the country and are better equipped than the police, and the close relationship between some of the armed gang leaders and people in government does not help to ascertain the government’s seriousness about fighting crime. According to Mr. Espérance, the gangs are supplied arms by some government officials and certain in the private sector, and some of the sophisticated arms they have come across the border from The Dominican Republic without control. In fact, the human rights defender cited six (6) massacres under the current Moïse government in which names of senior state officials has been implicated. He agrees the government should provide adequate equipment to the police but also help them in the fight against crime by increasing police presence in populous neighborhoods and engagement with the population. Furthermore, the government must work to stem smuggling of arms into the country and develop an effective intelligence service.

Finally, the singer, Wyclef Jean and his business entity, Carnival World Music Group has raised an impressive US$25million to help artists in developing countries, providing them with the support they need to publish and distribute their music worldwide. According to Wyclef, the group is seeking to democratize the global music market for songwriters and producers from developing countries, while helping to further empower dynamic women-owned businesses in the music industry. The demand for music coming from places like Africa and other regions in the developing world is high and these artists need to play on the global music marketplace and allow others to enjoy the talent coming from such places. He joined with Sound Royalites, founded by Alex Heiche, which is a financing company that helps professional musicians with funding for their projects without controlling their copyright.

New York State Assemblywoman, Rodneyse Bichotte, made history on Martin Luther King Day, by becoming the first woman and first Haitian American to be the Leader of the Democratic Party in Kings County, Brooklyn. The current Representative from the 42nd Assembly District, was officially elected to head the party at the Thomas Jefferson Democratic Club. In her acceptance speech, Ms. Bichotte spoke about her journey to the political field and thanked the outgoing leader for his leadership over the past 8 years. She plans to work hard, recognizing the work that women of color, and descendants of immigrants increasingly in the public sphere is giving them voice and visibility to have issues from their communities brought out to the public agenda. 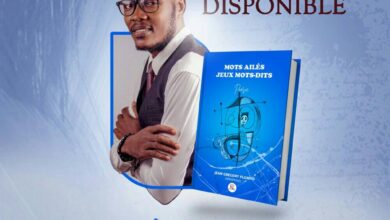 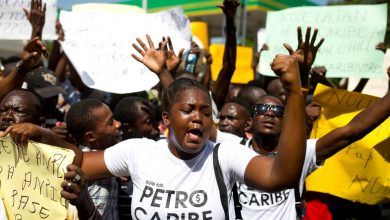 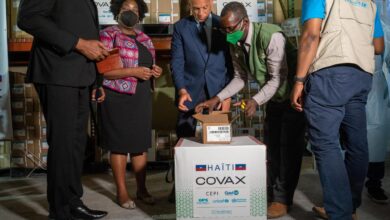