As we celebrate Black History month, we must look for lessons that define the Black experience within the diaspora. Accordingly, my Mama having lived for 100 years is one of my greatest teachers and epitomizes the “strong black woman.” From her wisdom, we can learn many steps for living a long, healthy life. Here are a few steps as experienced and told to me, her oldest grand-child.

On the weekend of Dr. King’s holiday this year, 2018, Sturge Town, the second free village in Jamaica celebrated my grandmother’s (Mama) 100th birthday. As we engaged in this spectacular two- day event, organizing, coordinating, eating, singing, dancing, hugging and loving, the excitement of the occasion nudged me to reflect on what factors could have contributed to my Mama’s longevity. She has outlived her parents, her siblings, her only daughter Clover May Shaw-Lawrence (my mother) and most of her friends.  Having spent half of her life nurturing me, (I recently turned 50), I have garnered an insight into some of the factors that have resulted in her living an entire century, still “clothed in her right mind,” physically capable of taking care of herself, and engaging in all her hobbies that include: reading, singing and dancing.  The factors I have determined include but are not limited to: 1. Genetic lottery 2. Daily religious rituals 3. Living in a “Blue Zone”4. Love of children 5. Daily physical activity 6. Singing and dancing 7. Continuous companionship 8. Avid reading 9. Small meals 10. Community engagement 11. Forgiving and asking for forgiveness. Within this biographical essay, I will examine each factor based on my  years of observation and active participation, as well as the observations of family and friends as expressed during the festive weekend and in general conversation about this extraordinary woman.

Mama may have won the genetic lottery. Two of her brothers (twins) died before they reached mid-twenties. Her last remaining brother Frank Barrington Ricketts- Minister of National Resources and Agriculture as a part of the newly formed Federal Cabinet in the early 1960s, after Independence, died in his sixties (see pic. below). Her sisters Edna and Catherine (Minna), however, lived well into their 80s and 90s respectively with similar spiritedness. Mama, the baby, up the ante and batted the century.

With a prayer in her heart, Mama rises just as roosters crow. Before uttering a word in conversation or setting her foot on the cold tiled floor, she engages in prayer that includes rehearsed lines that I have heard for countless years. She asks for blessings for specific people, often a lengthy list that includes her loved ones from near and far.  She calls on “Daniel God” and concludes with the request that whatever she failed to ask, “fail not to grant.” During the course of the day, the reading of her gigantic, weather worn bible is her primary activity. This practice is prolonged when her grandnephew Luther comes at midday for “sweet hour of prayer” where they, along with anyone else present will engage in joyous melodies and familiar scripture choral recitals. This will be repeated in late afternoon when Luther returns. Sunday is church, even at 100 years old. Before bed, she adds elements that she believes will ward off spirits e.g., extra clothing of particular colors and bibles under her pillows to her sleeping space, an evidence of retentions of our African traditions.

Lives in a “Blue Zone”

Daniel Buettner states that people who live in” Blue Zones” are more likely to live to be 100 years old. “Blue Zones” describes the characteristic lifestyles and the environments of the world’s longest-lived people as purported by Buettner (2012). The small sign that greets you as you enter the small village of Sturge Town where Mama has lived all her life states “we grow what we eat.”  A potential phenomenon emerging out of this quaint village that boasts this organic lifestyle is the preponderance of its citizens who are centennials. Many villagers believe that the Marley Spring river that flows through Sturge Town has magical powers to heal and is the fountain of youth. Marley Spring is said to be named after a runaway slave. So, despite, Sturge Town’s historic significance as the second free village in Jamaica, this growing statistic of people living well into their 100s maybe is a burgeoning historical significant anomaly.

Mama believes that children are gifts from God to all of us and not exclusively to their parents, they form part and parcel of her views of life. The uniqueness and precious nature of each individual child is celebrated through love, care and cuddling in Mama’s house. This special love could be tied to having lost two children as babies and having been called a “mule” because she started having children later, being 32 years old when her daughter Clover was born. Her son followed two years later. She jokes that he is responsible for “bussing her breeding bag” as she was not able to successfully deliver her other two pregnancies after his birth. For these reasons possibly, Mama dedicated her life to the upbringing of all the children of the village, including dozens in her own humble house.  I was one of these fortunate children. My mother was a teenage mom and left me with Mama when I was two months old to seek employment and continue her education. Mama became my mother and she will tell you the moment my name is mentioned that “a fi mi dry breas she suck.” My two brothers Donwell and Kerry are recipient of this double blessing, as is my cousin Michelle who also was mothered in the formative years by Mama.

Timeless research asserts that daily regular exercise is key to healthy living at any age. Mama’s longevity is proof of the need and practice of bodily movements as complementary to the daily mental exercises that punctuate her activities. She moves constantly around the house and in this manner, insures that her legs and arms are extended, maintain circulatory flow to all parts of her body. She walks to the top of the hill that surrounds her house, a difficult terrain to navigate to observe youngsters playing football on a nearby field. Her constant calculated walks insure her body’s vitality and avoid entropy. She can still navigate most spaces without the use of any accommodations.

Activity associated with pleasure has been also identified as a source of long life. Mama sings and hums to every song she hears. Music is part and parcel of Mama’s life and has always been. She has developed a symbiotic relationship to gospel music and was alto singer in her church choir until her mid-nineties. She knows a litany of songs that accompany every occasion and readily performs them to herself and to those within ears range. Her dancing is legendary, she swings her body, and hands in the air to the sounds she hears. She recently was the life of the birthday party of one of her great-grandsons. As she danced to her favorite song “I am Blessed,” the DJ was compelled to rewind it thrice and with each repeat, her steps became even more choreographed.

In her personal space are her immediate family and friends.  She dreads being alone and is happiest when the house is filled with friends and family interacting with her. She craves and gives enduring companionship, listens and offers advice to all those who come through her door. She has never lived alone. After my grandfather Edward Shaw died, his brother Prof. came and lived at the house. They took care of each other. She needs and craves the company of others as much as others seek her company; her personal value and exemplary life indicate the choice that she has made can be replicated and benefitted by others. Ms. Irene, 84 years old, her best friend’s daughter is her constant companion, along with Doreen, her care-giver. As seen from Mama’s first 100 years, reading is fundamental to a long life. She is and has always been such an avid reader that it is perhaps her most consistent and continuous daily activity. Papa often said, “if Mama did born in this time, she would be a teacher or nurse” as a way to describe her voracious appetite for reading.  Bible reading turns into newspaper reading that devours every printed newstory, and extraneous sections of the daily papers. Special delight comes in the weekend editions as the enlarged news cycle and reporting are read and discussed in animated fashion. She keeps abreast and understands the world as reported in the newscycles. Accordingly, education is of paramount importance in Mama’s constellation of village needs, for she recognizes the limitations posed by lack of education. She encourages constant learning and exemplifies herself to children and those around her by engagement in learning through her constant reading and probing that starts with her bible and continues by reading several daily newspapers and listening to newscast that inform her about events happening on the world. She taught me to read, as a result, I was reading the “Daily Word” by grade two.

Eating food in small portions is critical in maintaining health, snacking throughout the day with small portions, research suggests. Thus, bread without the edges and hot tea starts her day and by midday the largest and heaviest meal of the day is consumed. Afterwards, small snacks are peppered throughout the rest of the day. Her meals are organic as she consumes mostly what is planted in hers or neighboring yards. Borne out of poverty, her eating habits are consistent with what modern research considers essential to healthy living.  Her guilty pleasure is a bowl of ice cream, preferably rum and raisin.

Mama’s spirit is contagious and encouraged by the interrelationship with her community. As a child of Sturge Town, she has been an integral part to the village life, growth and development so much so that she is synonymous with the small town. Everyone knows her and calls her “Aunt Tee.” She is mother or aunt to all. Every traditional event in the community bears her imprint as a participant. The young men who play football delight in her “ducking” of the ball as she observes them weekly.  She is an active participant in the community even at 100 years old and participates in engaging conversation on varied topics. Her hilarity is her trademark communication style as her natural comedic abilities are legendary. Her dry humor is often laden with life’s philosophies, she often laughs loudly at her own jokes.

Forgiving and Asking for Forgiveness

Mama does not hold grudges, she is quick to forgive and move forward. Forgiveness is seen as critical to friendship and of importance for harmonious relationship. As a result of her outspoken and honest nature, she sometimes hurt the ego of some, including her friend and companion Ms. Irene and her caretaker Doreen. However, she is humble in asking for hugs as a sign of the olive branch soon after. Her nightly prayers include asking God to “forgive me of my sins and create within me a clean heart, Oh God…” she repeats this throughout her prayer.

On the day of the celebration of her birthday, I asked her what has caused her to live this long, her simple answer was “prayer,” and I say… Amen. Happy birthday Mama, you are the queen of our hearts.

Crowning the Queen of my Heart 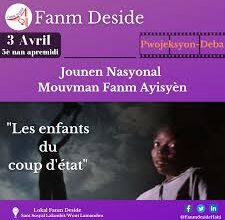 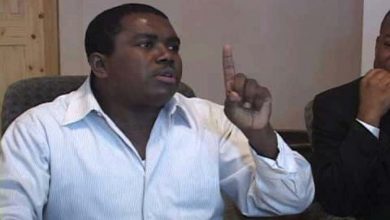