It appears that there are still individuals and groups working to resolve the current political stalemate that has lasted way too long in the country A newly formed group, the mediation committee, comprised of the Religions for Peace-Haiti, the Haitian Industries Chamber of Commerce, and the conference of rectors, deans and heads of institutions of higher learning announced that they have met with various political parties and groups as part of a “mediation process”. On Thursday, April 28, 2022, the group met with various stakeholders to impress upon them the importance of finding a solution soon, and to further stress the need to resume political dialogue in order to resolve the political stalemate. The mediation committee has also met with civil society organizations which participated as observers. The group stated that their approach responds to the real need for a dialogue and political consultation and invite all sectors of society to support this essential step in establishing a climate of security and peace within the population.

The conference of Haitian Pastors did not miss the chance to express their concerns over the overall deterioration of the country, by pointing fingers at the Core Group, made up of Germany, Brazil, Spain, Canada, the European Union and the United States- which it calls the Core Cartel Group. In a letter addressed to the Core Group, the conference, Conférence des Pasteurs Haïtiens (COPAH) pointed out that the most basic human rights are systematically violated in Haiti while the people are taken hostage by the gangs and increasing kidnappings. COPAH accuses the Core Group of having caused irreparable harm to the country, transformed into a veritable human slaughterhouse and an open-air cemetery. The group went on to state that the leaders that the Core Group imposes so far on the country have dismantled state institutions, demolished the identity building of the Haitian community, interrupted the constitutional and democratic process and reduced the country to its simplest expression. The group calls on the Core Group to cease its interference in the internal affairs of Haiti, because the country and its people have had enough of the Core Group’s absurd and counterproductive policies for the country. It is time to keep out of Haiti’s problems and leave us alone to solve our own problems. They have already caused us too much harm. Finally, COPAH is optimistic about a revolt of Haitians to overthrow the neocolonial order established by the Core Group and recover national sovereignty.

Following a letter from the Court of auditors and Administrative Disputes, Cour des Comptes et du Contentieux Administratifs, to the Senate regarding contracts for certain state institutions in the current financial year, sources from the National Palace reacted to the letter, pointing out that the contracts are not new contracts but renewals of contracts for support staff. It all started when the Secretary General of the National Palace submitted the contracts to the judicial body. Sources confirmed that the contracts which cost around 17 to 20 thousand gourdes for house helps, plumbers, attendants as well as other staff keeping the national palace clean. It is argued that though there’s no President, the office itself functions normally.

In other news, there appears to be a diplomatic row brewing between the country and its neighbor following the kidnapping of the Dominican diplomat, Carlos Guillén Tatis, who is the Agricultural Advisor at the Dominican embassy in Port-au-Prince by the notorious 400 Mawozo gang. The diplomat was kidnapped around Croix-des-Bouquets last Friday while he was traveling back to the Dominican Republic. The group demanded US$500,000 ransom for his liberation and the Dominican authorities on Sunday asked the Haitian Foreign Affairs Minister to investigate the matter, while the Dominican authorities have marshaled a heavy military deployment to the border area they share with Haiti.

It seems chances of getting back to normal is a pipe dream as the communes of Cité Soleil and Croix-des-Bouquets which became a battle zone this morning as armed gangs fought for control of the area at the entrance North of Port-au-Prince. Panicked residents called the police. Gunshots rang through the Cul-de-Sac while 400 Mawozo gang members invaded the areas of Shadda, Damien, Croix-des-Missions, Duvivier, Lizon and Marin while most residents fearing for their lives remained barricaded in their homes.

Finally, the Spanish embassy in Haiti has announced a solidarity fair to benefit Village Noailes, victims of the armed gangs in the neighborhood.  Announcing on Tweeter, the Embassy seeks the general public to come in their numbers to support craftsmen of the Village Noailes, victims of the violence of the armed men of the Croix-des-Bouquets, on May 16 and 17, 2022, at the El Rancho Hotel. 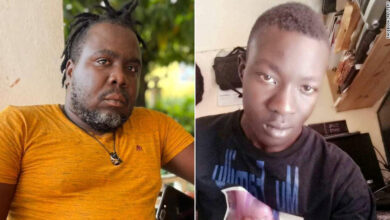 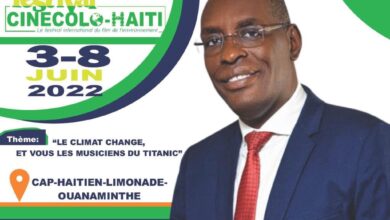 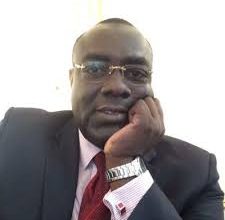 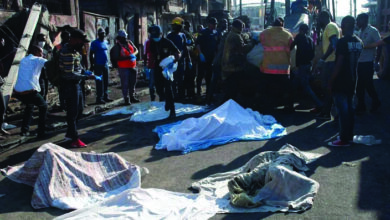