Two weeks of protest marches and demonstrations by textile workers appears to have borne fruit, however minimal it may be, as the government of Prime Minister Ariel Henry announced after a cabinet meeting this past Sunday that the minimum wage will be raised, and an increased wage scale adopted. The new wage scale took effect this Monday, February 21, 2022. During an interview on the daily program on Magik9, the Minister of Social Welfare and Labor, Odney Pierre Ricot confirmed that the salaries of the various pay scales have been raised to 770 gourdes for workers in Segment A, 615 gourdes for segment B, to 350 gourdes for workers in segment. Mr. Ricot stated that the decision was made by the government after exhaustive discussions with employers and workers, additionally the administration is fully aware that the solution will not please all parties, but the goal is to reach a consensus on a wage scale that can be acceptable to all concerned. Mr. Ricot further noted that raising the minimum wage from 500 to 1500 gourdes is not realistic, he assured that another increase will be forthcoming in September, to be effective the following October. The Minister also stated that the trade unionists were also asking for social support in the areas of transportation and food. While the government is sympathetic to these demands, it does not have the means to support such assistance, and the government cannot promise what it cannot deliver. Instead, there are plans for a pilot project with four (4) buses to assist transportation needs and see how best the unions can manage, given there were mistakes in the past that the government doesn’t want to repeat again.

The Minister of Social Welfare proposed the reactivation of the tripartite wage council, le Conseil supérieur des salaires (CSS) so that together with expertise from statisticians will be able to publish reports in real time and the minimum wage will be adjusted automatically, in conformity with Article 137 of the labor code, instead of relying on protest in the streets to adjust the minimum wage. Despite these assurances, it appears the minimum wage debate is far from over as some the textile workers unions have rejected the government’s offer thus far, calling it a thoughtless and shameful decree and calling on workers to continue a three (3) day strike from Wednesday through Friday to demand the wage increase to 1500 gourdes. Télémaque Pierre, the union leader who made the call for another strike, stated that the minimum daily wage increase from 500 to 685 gourdes is not even close to the amount of money workers spend daily. The government missed an occasion to change its decision to increase prices on petroleum products.

Elsewhere, the UN Special Representative of the Secretary General, Helen La Lime concluded in a report to the Security council that the country has remained tense and highly polarized despite some signs of progress, and negotiations between proponents of competing transitional governance models have now reached a stage where success can only be achieved by their collective willingness to make and accept compromise. The contours of a common vision shared by all will ultimately depend on stakeholders willing to place the national interest above their own aspirations and be flexible on the most delicate points of the process. According to the UN Representative, Prime Minister Ariel Henry has continued to engage across the political spectrum in recent months to broaden consensus around a single, unified vision that would lead to the restoration of fully functioning and democratically elected officials. Praising the efforts of the current government, the Special Representative stated that the most tangible result of the current government’s efforts to date appears to be the easing of tensions somewhat, as evidenced by the calm observed on February 7, the date on which late President Jovenel Moïse’s term in office would have officially ended. Ms. La Lime spoke of the violence that is perpetrated on innocent and vulnerable populations, including women and children and how this violence is used as a tool of repression in an environment where the police are ineffective in the face of heavily armed and violent gangs. Her recommendation for a solution to the problems facing the nation includes a repressive approach that incorporates the increased control of illegal flow of arms into the country, increased in socio-economic projects that involves reintegration activities aimed at generating jobs and income in the neighborhoods that have borne the brunt of the violence. She exhorted the international community to commend the efforts of the Haitian authorities and accompany them in their national community violence reduction strategy which is a holistic and likely workable approach.

Meanwhile, former Minister of Health, Dr. Rudolphe Malebrache stated that the main source of lead contamination in the country is drinking water. Speaking on Magik9, the researcher and former minister stated that he is not sure that the so-called drinking water from the private companies, bottled water and generally, water consumed in the country is subjected to enough testing. This is because there are no records of tests done and studies which they have undertaken has shown that there are high levels of toxic lead in the groundwater and reservoirs around the city of Port-au-Prince. Meanwhile an article published in the Medical Express, in November 2021, Lily D. Yan et. al. reported that environmental lead exposure is linked to cardiovascular mortality. And in Haiti, more than 2.5million people suffer from high blood pressure. The researcher further stated that there is a direct correlation between lead levels in the blood and high blood pressure according to a study by American and Haitian researcher in which he participated. Lead is a metal that acts as a natural contaminant and easily penetrates the human body either through ingestion into the digestive tract or through the respiratory tract, leading to a disease known as lead poisoning. Dr. Malebranche believes that hypertension is a major public health problem, and in Haiti, the main cause of hospitalization in the medical departments of public hospitals is heart disease, heart failure in particular. However, the main risk factor for these diseases is high blood pressure.

While talking about health, Haitians and the world’s poor have lost a friend in Dr. Paul Farmer, a giant in the field of global health, professor at Harvard Medical School and co-founder of the nonprofit Partners in Health, who died Monday in Butaro, Rwanda, in a hospital he helped build. Dr. Farmer spent his professional life fighting for quality medical care for people regardless of their income, race or geography. That quest brought him to some of the poorest places in the world, including Rwanda as it rebuilt from genocide in 1994, Peru as it battled an epidemic of drug-resistant tuberculosis and Russian prisons overrun with HIV. He began his medical career in rural Haiti and helped build infrastructure in that country through Partners in Health, which led a medical response to the devastating earthquake there in 2010.

Finally, the Dominican Republic had announced the construction of an electric fence along its border with Haiti, according to a communique from the Ministry of Foreign Affairs, the announcement came as Prime Minister Ariel Henry and his Dominican counterpart, Luis Abinader spoke on the phone last Friday, February 18, 2022. The Dominicans argue that this measure does not represent a hostile decision against Haiti but rather part of an effort of the two neighboring countries to confront the challenges they face together such as smuggling, human trafficking, illicit trade in drugs and arms. President Abinader further proposed the establishment of a joint team bringing together experts from the two countries in the geospatial field to ensure that the position of the boundary markers is respected. Suffice to say that the Dominican Republic has increased its deportation of Haitian nationals while decreasing the number of visas issued to the same Haitian nationals.

Finally, The lady Grenadieres trashed Honduras 6-0 to head group E of the CONCACAF women’s preliminary tour of the World Cup 2023 qualifiers, at the Felix Sanchez stadium on the Dominican Republic. 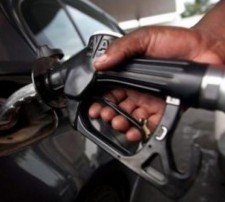 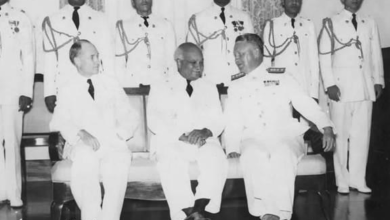 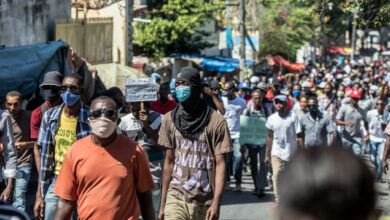 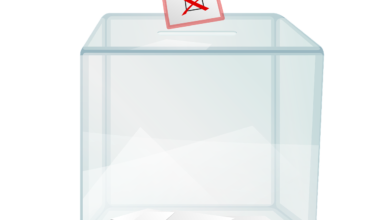