The effects of the Covid19 pandemic have become more severe in the country in these last few days, as the government tries to control the situation by extending the existing curfew from 10pm to 5am, for another two weeks. This measure is aimed at containing the surge in new cases of Covid 19 in the country in recent days. Information from the Ministry of Health confirmed that on May 22, 2021, there were 91 new cases and ten (10) deaths, the first time the country recorded that many deaths in a single 24-hour period. The government had earlier imposed an 8-day curfew last week but it seems that was not enough to stem the rising tide of infections and now authorities have imposed an additional two weeks ban on all nightly activities. As expected, the citizenry is being advised to follow health guidelines such as social distancing and wearing masks on a continuous basis. The Ministry of Education also decided to suspend all in person graduation ceremonies, as these large gatherings can trigger massive spreading of the virus among participants. The Ministry also suspended, until further notice, all sporting activities and end of the academic year festivities to protect students in both public and private establishments. Additionally, end of year exams were administered early so students could afterwards stay home. The government has also asked taxi drivers and transport workers to ensure that social distancing protocols are being respected.

Another byproduct of the pandemic is an acute increase in severe childhood malnutrition, which according to the UNICEF has doubled in Haiti, in the face of increasing crime and insecurity and lack of resources. According to the international organization, more than 86,000 children under the age of five (5) could be affected this year alone, compared to 41,000 last year. The organization went on to say that there is a 61% increase in acute malnutrition, which is a less dangerous category, from 134,000 children to 217,000 children. The statistics on Haiti are heart wrenching, leading the UNICEF Regional Director for Latin America, Jean Gough to comment that she was saddened to see so many children suffering from malnutrition, with many unable to recover because they were not treated early enough. Some 4.4 million people out of the 11 million Haitians are estimated to be food insecure, including 1.9 million children. Other compounding factors include the decline in immunization brought on by the disruptions in the health care system, with cases of diphtheria rising and possible measles outbreak in the not-too-distant future as hurricane season approaches and not enough funds have been committed by health officials and donor countries to address those health issues.

In addition to the government efforts in containing the pandemic, officials are working equally hard to ensure the conduct of a constitutional referendum, on which President Moïse is staking his presidency, despite the multitude of opposition to the exercise. In an official decree published in the government gazette ‘Le Moniteur” on May 5, 2021, the independent consultative committee drafting the constitution, has being asked to submit their final report to President Moïse on June 16, 2021. The committee, which was set up on September 28, 2020, and constituted, by former President Boniface Alexandre, retired General Hérard Abraham, Mona Jean, Louis Naud Pierre and Jean Emmanuel Eloi, has earlier submitted a preliminary report on February 2, 2021, when the initial referendum was scheduled for April 25, 2021. The new decree is intended to allow a 45-day extension to the committee to produce the draft constitution needed for the referendum that they were unable to deliver on the earlier deadline. It is still uncertain what the end result of this exercise will be, because as at now, there is no consensus on the referendum. International actors such as the Core group and BINUH are not satisfied with the process which they claim had not been inclusive as it ought to be. Nevertheless, with the increasing health crises and the European Union expressing its reluctance to finance any referendum, the government is still fixated on a referendum and constitutional change.

Among the recent voices getting into the political fray was former Prime Minister Jocelerme Privert who penned an opinion piece in one of the local newspapers on the topic of referendum. In what appears to be a long historical account of the current constitution and its benefits to the nation and how President Moïse had squandered chances at addressing the issue of strengthening democracy in the country, the former Prime Minister calls the current issue a serious assault on the nascent democracy that could be developed in the country and asked all patriots and leaders to work hard to stop this exercise before it further plunges the country into another crisis. No sooner had he gone public with the publication than the current interim Prime Minister Claude Joseph took to the airwaves to denounce his predecessor’s assertions on the referendum. He contends that PM Privert would defend the 1987 constitution because some people, like him love to maintain the status quo because it allows them to become Prime Minister without facing the electorate.

Voices against the referendum are getting louder. In an editorial piece by the Miami Herald, the paper exhorts the Biden Administration to stop pushing for elections in Haiti because it will only make matters worse. The Herald cited the administration’s current move to reinstate the temporary protective status (TPS) of Haitians currently in the US. The paper argues that if Haiti is so dangerous and so unstable that the administration has given its U.S.-based citizens a reprieve through TPS, then Haiti is also too dangerous and too unstable to hold credible and secure elections. In spite of the Biden administration’s earlier insistence on elections as the way forward, the Miami based newspaper argues that the conditions on the ground are so deteriorated to the point that it is inconceivable to suggest that President Moïse can organize a free and fair election. 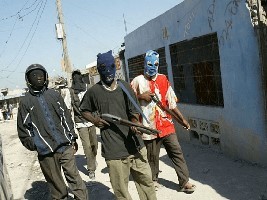 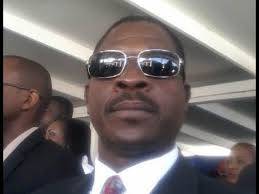 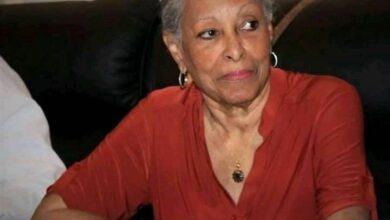