Months of insecurity, marked by assassinations, kidnappings and violent gangs running unperturbed across the country, the nation’s attention partially waned away from the pandemic and its ravages across the globe, including Haiti. However, during a press conference held on May 24, 2021, Minister of Health Dr. Gréta Roy Clément reiterated the government’s concerns by the effects of the pandemic and the number of Covid caused deaths that may not have been counted by officials. According to Dr Clement, there have been 15 institutional deaths within the preceding 72 hours, and the possibility of a much higher number of deaths not included in the official’s count should not be ruled out. Overall, there were 302 reported cases within the prior 72 hours, with 67 hospitalized, and 50 % of the new cases people involved less than 50 years old, an indication that the virus is affecting younger people at an alarming rate. The government declared a state of health emergency for 8 days, followed by a series of measures to contain the spread of the virus, especially since May 14, when the Brazilian and English strains of the virus, which are 70 to 120% more transmissible and more aggressive than the original strain, are believed to be now being rampant in the country. Some of the notable deaths due to Covid-19 in recent days include the head of the social security administration, l’Office national d’assurance-vieillesse (ONA) Chesnel Pierre, former head of the electoral commission, CEP, from 2007 through 2009, Frantz-Gérard Verret and the Founder of Collège Excelsior, Emmanuel Sanon.

Other government measures in place are wearing masks in public places, including in the public transportation, tap tap, installation of washing basins for hand washing in public and private buildings, taking temperature of all entering public and private establishments such as banks, schools, houses of worship and all terminals for public transport. There are instructions to maintain a social distance of 1.5 meters apart unless people are from the same household and establishments are reduced to 50% capacity with a curfew from 10pm to 5am in the morning. The health minister also stated that the government is monitoring the situation and if possible, could extend the measures in place, although they don’t want to cause panic in the population. The government is currently expecting 130,000 doses of the AstraZeneca vaccine, which is seen to be effective in people over 45 years, by the end of June and will use this on a strictly voluntary basis for the elderly and health professionals.

Meanwhile the Ministry of Education is also tagging on the current resurgent of the Covid-19 virus to lay out the measures that would ensure the continuation of educational activities without interruption. Speaking at the same press conference where the Health Ministry laid out preventative measures to contain the pandemic, Pierre Josué Agénor Cadet promised that his departmental directors have met with heads of school establishments to ensure that health protocols are available and accessible and that there would not be compliance issues. Mr. Cadet also stressed that the school calendar is still valid and maintained, dashing the hopes of those who are speculating that the dates of official exams have been changed. The exams are scheduled to start on July 12th and end on July 30th. The 9th grade and ENI exams will take place July 12-15, and the baccalaureate will take place July 26-30. Meanwhile, the Ministry is said to be prepared and ready to hold the exams, calling on heads of institutions and the exam board to take measures to enforce protocols to ensure a healthy and smooth exam period.

In other news, the Biden Administration has come through on a promise to reinstate to TPS status of Haitians living in the US, currently without legal status. In a statement by the US Homeland Security Secretary, Alejandro Majorkas stated that the administration decided to extend the status protection given the current political stalemate in the country. According to the statement, Haiti is currently going through serious security concerns, social unrest, human rights abuses, crippling poverty and lack of basic resources, further exacerbated by the Covid-19 pandemic, and as such, the Biden administration decided to support the Haitian nationals here until conditions in the country improves so that they may safely return home. The TPS protection will cover upwards of 60,000 Haitians who were already benefiting from the program but had been living in fear of deportation under the Trump administration which wanted to terminate the program altogether.

While some welcome the decision as Biden following up on a campaign promise made to Haitians in Little Haiti, Florida during the campaign, others see it as a setback, especially those hoping for an American intervention to bring an end to the Jovenel regime. It’s also a possible recognition that things have been going bad for the country since the earthquake in 2010, with the ruling government since, unable to solve any of the problems, or worse, the Americans may have deduced that things are not good now and may get worse. In any event President Moïse is also rejoicing at the news, if only because it may signal a way for his administration to ensure that remittances continue to flow to the country and possibly appease the people who are otherwise not being provided for by this government.

Finally, the democratic and popular sector is planning a tour from Sunday May 23, through Sunday May 30, to mobilize the population against the referendum on the new constitution being promoted by President Jovenel Moïse. A rally will also be held on June 12, 2021 in Arcahaie to protest the same and call for the respecting of Article 134-2 of the current constitution. According to Edmunde Supplice Beauzile, leader of the Fusion des sociaux-démocrates haïtiens (Fusion) party, the underlying objective of the massive protests is to test whether “we are still human beings, worthy of the name”. 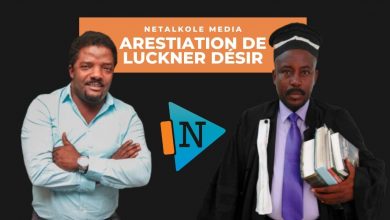 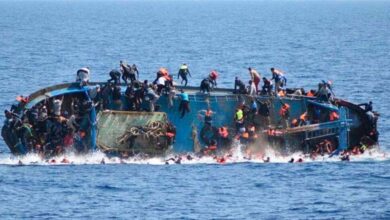 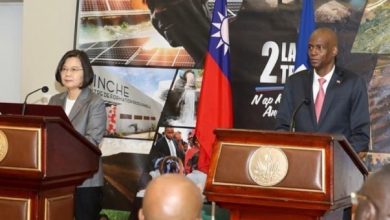 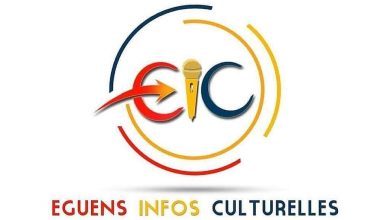