Interim Prime Minister Claude Joseph announced that security measures will be in place in time to ensure a smooth running of the proposed upcoming referendum and elections as planned by the President. The Prime Minister stated that there was a high-level meeting between the government, electoral commissioners, and the national police (PNH) regarding security measures at the polling stations. Mr. Joseph suggested that interim police commissioner, Léon Charles, has already submitted an integrated national plan for securing the voting process, one which summarizes the individual plans drawn up by the 10 Departmental directors of the PNH. The Prime Minister shared his optimism that the referendum will be conducted amid security measures implemented at all the polling stations across the nation and called on the citizenry to take the opportunity to express themselves through the ballot. Mr. Joseph also called for tolerance during debates on the constitutional referendum because it is a democratic exercise. Adding that all sectors of society should come together and join with the President to form a national union government, stressing that Mr. Moïse’s term in office is coming to an end soon.

Elsewhere, the interim Prime Minister who is also the Minister of Foreign Affairs expressed his wish for review of the conditions of EU aid, especially rules relating to the disbursement of funds. The Prime Minister’s comments were made during an address on Europe Day at the EU Ambassador’s residence. But the optimism of the Prime Minister was tempered by the stern response from the EU Representative, Sylve Tabesse, who expressed the EU’s reservation at giving a blank check to the Haitian government to organize the referendum and elections. The EU is concerned about few positive results obtained to date, from their contributions and decided that future disbursements will be reviewed and assessed in a more systematic manner. Regarding the specifics of the impending referendum, the Ambassador said that the conditions for financial and technical assistance for the organization of the elections have not been met at this stage. Thus, the EU has refused to contribute to the process as it stands. And to be more precise, Ms. Sylve stated that there is no plan on the part of Brussels to send an EU observer mission to the country for either the referendum or the elections.

The French Ambassador, Jose Gomez, has expressed concern for the security situation in which the Haitian police, PNH, one of the important pillars of the state, is extremely weakened with officers who are demoralized and insufficiently armed, relative to the well-armed bandits they are supposed to police. Mr. Gomez stated that gangs have benefited from their supporters while the police do not receive the necessary weapons to fight the insecurity, the gangs on the other hand find the means to arm themselves.

The human rights research center, Centre d’analyse et de recherche en droits humain (CARDH) released a report in which they alleged that sources close to the national disarmament and rehabilitation group, Commission nationale de désarmement, démantèlement et réinsertion (CNDDR) confirmed that two (2) of the most notorious gangs in the city, Grand-Ravine and Village-de-Dieu have called a ceasefire to allow for the upcoming referendum and general elections. This agreement comes after the month of April saw one of the highest number of kidnappings in the history of the nation; 91 reported kidnappings compared with 27 in the previous month of March, or a 300% increase. There is no telling how long the ceasefire will last but sources said that so far, the gangs have freed most of their captives without any ransom.  According to the sources, the CNDDR’s action plan which was ignored for two months will finally be approved by the government before the end of May, allowing for better coordination between the government, the commission, and the international community. It will further allow the commission to have the necessary means to apply the reintegration component of the plan, which aims to build confidence among armed groups to achieve disarmament. Disarming these groups will not be possible without giving them anything in return. Although no specific budget has been provided, the commission can now target social service programs to selected disadvantaged neighborhoods, with the aid of international donors.

But human rights groups are quick to point out that the ceasefire is a strategy by the president to facilitate the organization of his referendum and elections, a further confirmation that these kidnappings and violence have been state sanctioned all along. According to Pierre Espérance, of RNDDH, the reduction in kidnappings is a sure sign that the President controls the kidnappers, and more suspect is the fact that the ceasefire comes at a time when the disarmament commission stands to gain funding and the electoral commission boosted with US$20m public funds to manage. According to Mr. Espérance, the message of the ceasefire is intended for the international community, to give the impression that the country’s security atmosphere is conducive for conducting the elections and referendum. Mr. Espérance chastised President Moïse as one whose power trivializes life and relies on gangs as his only force; believing that with the gangs, he can renew himself. 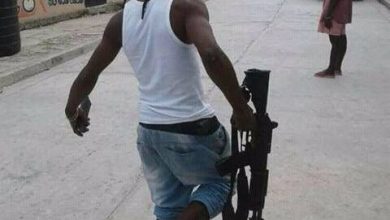 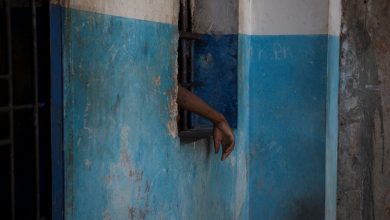 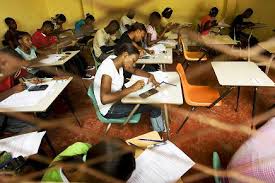