It appears that President Jovenel Moïse has reached a tipping point where he realized that he cannot go it alone and that its time to find an outside entity to mediate the stalemate that has crippled the country for far too long. Since the PHTK party and the opposition could not speak to each other through normal dialogue, the parties are appealing to the Organization of American States, OAS, hoping for differing outcomes; while the opposition hopes that the regional body would help force the President out of office, the latter is hoping that the hemispheric organization would help him organize his referendum and elections to remain in office until February 7, 2022. The request was made in an official letter addressed to the OAS Secretary General Luis Almagro on April 28, 2021 by interim Prime Minister Claude Joseph, who further stressed the governments’ willingness to make available all resources to OAS officials to ensure that a dialogue takes place, leading to the double goals of a referendum and elections.

The office of the democratic opposition, la Direction politique de l’opposition démocratique (DIRPOD) had earlier in the month written to the President of the Permanent Council of the Organization of American States (OAS) to express her availability to participate in any initiative that could lead to a peaceful resolution of the current crisis. The group still hopes to affect an orderly departure of the current president from office. Depending on whom one asks the President’s term in office expired on February 7, 2021 and not 2022 as his supporters claim. On the other hand, various political groups have taken a general position to affirm their belief in the possibility of an orderly departure of President Jovenel Moïse. These political organizations have stated that they are aware of Resolution 1168 of the Permanent Council of the OAS, which offers the hemispheric organization the occasion to intervene, while correctly noting the violations of the Constitution, the non-holding of regular elections to democratically renew the political staff, the abusive governance by decree , the systematic violations of human rights and the accelerated degradation of the security environment which has plunged Haitian society into anguish and fear. Other organizations such as Fanmi Lavalas have rejected any idea of a dialogue with the president.

The President of the Senate, Joseph Lambert, sees that asking for foreign military assistance in addressing the security issue in the country is the only way forward. While on a visit to Jacmel, the Senate President stressed that restoring security in the country is the only prerequisite for holding elections and suggested that the national police as well as the army are incapable of bringing peace and tranquility to vast lawless areas of the country. The only way forward for the government is to ask for and accept armed logistical and operational assistance from the international community to dislodge the armed gangs and restore peace. Mr. Lambert stated that he came to this conclusion despite critics’ assertion of the bad memories left by MINUSTAH, but he insists his position is a practical one and that is the only way forward if elections are to be held. Though not opposed to elections, Mr. Lambert questions the logic where elections are being proposed while almost 38% of the electorate does not have their voter id card; the security situation does not allow candidates to campaign in areas controlled by armed gangs, who are ruthless in their actions. As for the constitutional reform, Mr. Lambert does not agree with the Presidents’ actions and believes that only the President beliefs that those actions are justified.

Elsewhere, as part of the Agriculture and Labor Day celebrations, President Jovenel Moïse inaugurated the US$10m Marion hydroelectric dam on May 1, 2021. According to the President, the completion of this dam reveals the will of an entire team to address water issues facing the country. The dam, which is touted as a mega project financed entirely by public funds with technical support from the Cuban government was built in the Grande-Savane, a communal section of Gran-Bassin which was recently elevated to a commune. According to the President, this project is of capital importance to the country and serves five (5) main objectives; irrigating10, 000 hectares of land downstream from the dam, supply potable water to the municipality of Grand-Bassin, Terrier-Rouge and Perches, generate electricity and protecting the people of Malfety and surrounding areas for whom the river posed a permanent threat and for fishing. While touting the project, the President stated the clear difference between this dam and that of Péligre which is primarily built for electricity production while this new one is for irrigation purposes. According to the technical specifications presented by the departmental agricultural director of the North-East, Sylvain Sama, the intake channel is designed for a flow of 450 cm/s and will be supplied by two underground pipes 1.2 meters in diameter, while a reservoir with a capacity of 10 million cubic meters of three large underground dikes, a concrete spillway with a maximum capacity of 450 m3/s as well as a 53kw solar pumping station. The dam is touted as one of the greatest achievements of the Moïse government during its four (4) years in office. Mr. Moise congratulated himself for such an accomplishment because the dam was built in record time without financial aid from international donors, something very few Haitian leaders have been able to accomplish.

Finally, a bi-lateral meeting between Haiti and its neighbor, the Dominican Republic scheduled for Tuesday, May 4, 2021 to harsh out differences and find an agreement on the issue of the Massacre river, has been postponed until further notice. The government of Dajabón stated in a press release that diplomats and high-ranking officials from both countries have looking for alternative solutions. The Haitian government was planning to build an irrigation canal to supply water to farmers in the Northeast department, where the residents have no drinking water and the farmers in the area are bankrupt because their crops have been damaged due to increasingly harsh and dry conditions. The Massacre River begins in the Pico Del Gallo Mountain, in Loma de Cabrera, province of Dajabón, and flows into the bay of Manzanillo, in Montecristi. Haiti maintains that the Massacre River is synonymous with livelihood and security for its people near the Dominican border. 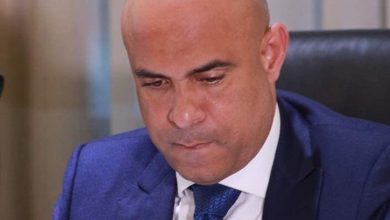 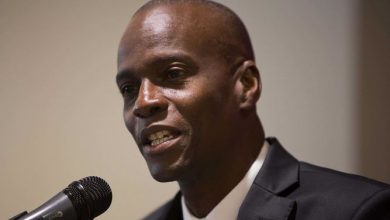 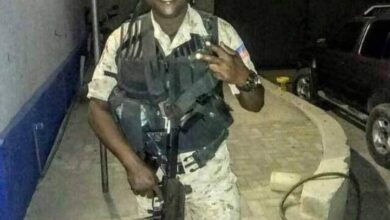