The current political situation in Haiti has effectively paralyzed the country and with, and a president focused on forging ahead with his plans for a constitutional reform and elections no easy solution appears in sight. Several US congressmen led the Representative Gregory Meeks, chairman of the House Foreign Affairs Committee, and Hakeem Jeffries, chairman of the House Democratic Caucus area calling for a review of US policy towards Haiti, warning the Biden Administration that current US policy position risks exacerbating the country’s cycle of political instability and violence. In a letter addressed to Secretary of State, Anthony Blinken, the lawmakers contend that US insistence on elections at all costs can be counterproductive, because while elections are needed to restore democratic order in Haiti in the long run, any elections held under the current administration will not be free, fair or credible. President Jovenel Moïse has ruled the country without a parliament for over 15 months, and its government lacks the credibility and legitimacy to hold free and fair elections. Forging ahead with US support with planned parliamentary, local and presidential elections slated for the fall this year, could increase the risk of more violence across the nation.

Other international entities invested in the Haitian crisis have also expressed concerns in recent days. The Core Group also made a recent statement expressing concern for the security situation in the country. Beyond the security concerns, the group is said to be deeply concerned at the lack of political agreement that would allow for the implementation of an electoral calendar acceptable to all parties involved. Organizing an election requires authorities to have the essential logistics and security apparatus in place, something currently in short supply in the country. The European Union is also distancing itself from the current Haitian governments’ decision to go forward with constitutional reforms. According to the EU, though the majority of Haitians demand a reform of the current constitution, which they feel is not adapted to the situation in the country, in current institutional void, such a process should be inclusive and subject to in-depth debate and discussion with the opposition and civil society.

Elsewhere, the Ombudsman, Renan Hédouville and more than a dozen human rights organization are at logger heads with regards to the nomination of a human rights representative to the judicial council, Conseil supérieur du pouvoir judiciaire (CSPJ). The office of the Ombudsman is calling the approach by the human rights organizations to oppose the nomination of Edmée Rémy to represent civil society and human rights groups in the council as ill advised and an amalgam accompanied by malicious, deceptive, dishonest and completely unfounded remarks aimed at tarnishing the image of the office as well as the office holder himself. Other groups as the la Plateforme des organisations de droits humains (POHDH), le Groupe d’appui aux rapatriés et réfugiés (GARR), le Mouvement des femmes haïtiennes pour l’éducation et le développement (MOUFHED), and Conseil haïtien des acteurs non étatiques (Conhane), openly criticized the Ombudsman for secretly appointing Mr. Rémy to represent them on the commission. These groups strongly believe that the Ombudsman’s actions have the signature of the National Palace behind it, just as with other committees such as the CEP.

Meanwhile, it is becoming increasingly all too common, that not a week goes by without another atrocious story of kidnapping or assassinations. This past weekend three more t people were kidnapped, including the pharmacist and professor at the state university of Haiti, medical school, UEH, Marie Josette Malvoisin, who was kidnapped while returning home from lectures. The organization of Pharmacists of which she is a member has since published a statement calling for her release. In a similar vein, the Dean of Notre Dame University strongly condemned the brutal killing on one of their second year nursing students, Marline Flora Nérestant who was reported missing on Thursday, April 22, 2021 and found dead the next day near the l’hôpital des Petits Frères et Sœurs de Sainte-Thérèse in Tabarre.

Finally, the Ministry of Agriculture and natural resources and development, MARNDR, is organizing an agro-gastronomy and craft fair in Cap-Haïtien from April 29 through May 1, 2021 to celebrate Workers Day under the theme “Ann jere dlo pou chanje lavi”. A series of local products from different parts of the country will be showcased and made available to consumers who will be taking part in the fair. In addition, cultural activities including debates and conferences will mark the two-day event, giving the opportunity to the north to show the world what they have to offer. Planning is afoot to make this a success and Cap Haïtien, with its classy restaurants and bars on the Boulevard du Cap-Haïtien ready to welcome hundreds of exhibitors, artists, tens of thousands of tasters, revelers and tourists from across the country and beyond.
Dela Harlley 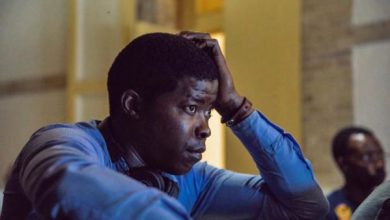 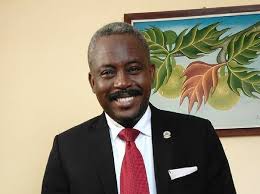