At a press conference held on Wednesday, March 31, 2021, the de facto Prime Minister Joseph Jouthe agreed that a series of failures in communication, such as instructions not followed, and withholding pertinent information, among others, are at the root of the failed police operation in Village-de-Dieu which resulted in one of the gravest casualties the police force has seen in recent years. At the same conference, the Deputy Spokesperson for the national police, PNH, Inspector Marie Michèle Verrier spoke for the need to focus on trying to retrieve the bodies of their fallen colleagues that have been held by the gang that fought with them that fateful March 12, 2021. According to the General Coordinator of the national police union, SPNH-17, Jean Elder Lundi, there are allegations that there’s a group within the PNH known as “All Black” that is supposed to be a dangerous armed group made up of police officers and bandits whom the current interim Police Commissioner, Léon Charles, would have expected to carry out his orders. In the meantime, the police officials have reported that they are in the process of investigating the cause of the various failures and blunders during the Village-de-Dieu operation and into the spectacular prison break at Croix-des-Bouquets on February 25, 2021. More than fifty (50) warrants have been issued for prisoners who escaped during the prison break, however, as of this writing; the police could not specify the number of prisoners still on the run.

In what could be described as the height of the state of anarchy that prevails in Haiti, last Thursday night heavily armed gunmen broke into the Galaad Adventist church in Diquini and kidnapped the pastor and three of his worshipers at gunpoint, in the middle of a church service. At the religious service, organized by the Gospel Kreyol Ministries was being broadcast live on social media. The kidnappers simply broke in to kidnap the pastor and his congregants in what appears to be a tele reality show, live on social media. The victims of this latest online, made for TV kidnapping are the pastor, Audalius Estimé, the pianist, Welmir Jean Pierre, and two sound engineers, Steven Jérôme and Francisco Dorival. According to one of the congregants and elders of the church, Dr. Gréger Figaro, the heavily armed men came inside the church while a group waited for them in two getaway cars. The place and event were still fresh on the minds of Dr. Gréger Figaro, who reported that his own son was kidnapped in October, last year. In a message posted on their Facebook page, the global ministry confirmed that their pastor and the other officials kidnapped live online have since been released on Sunday, April 4, 2021. But the kidnapping created a shock not only within the religious community but society at large, showing that the kidnappers enjoy a global climate of impunity.

Meanwhile, according to the leader of the human rights group, RNDDH, Pierre Espérance, armed gangs have struck again in Bel Air, with the third deadliest massacre in two years, by the federation of armed gangs known as G9, claimed responsibility for killings and setting fires to homes in the area on Thursday, April 1, 2021. It was a chaotic scene as people tried to escape and seek shelter in other communities, far from this community close to the national palace. Calls for help to the police were alleged to be unheeded as in previous massacres. In a report this week by the US State Department, on the state of human rights in Haiti, the American government called on the Haitian government to protect the people and bring to justice the know actors who are terrorizing innocent citizens, and those responsible for the La Saline and Bel Air massacres.

The office of the ombudsman, L’Office de la protection du citoyen (OPC) issued a press release on Monday calling attention to the strike launched by magistrates and lawyers since February, which has resulted in various cases being neglected, thereby prolonging the period in which detainees are kept in preventive detention. The OPC said it has received requests on behalf of thousands of persons in prolonged preventive detention particularly those who are ill, to set up an emergency cell to deal with cases requiring urgent judicial decision. In the meantime, the OPC highlighted the various approaches it has undertaken to pressure the magistrates and the government for a swift resolution to the crisis. As a corollary to the OPC’s concern, the United Nations Office in the country, the BINUH, released a message on tweeter in which the agency denounces the dizzying increase in the percentage of people in preventive detention in prisons across the country. Accordingly, the number of people in preventive detention in prisons increased from 76% to 85% between June 2020 and March 2021. The BINUH voiced their concerns to the authorities and urged them to do everything possible to reduce prison overcrowding while respecting human rights, because prolonged preventive detention in Haitian prisons threatens the very foundations of the rule of law.

In other news, the Consular services section of the Haitian Embassy in the US has informed the public that they will no longer process express passports, as a result of technical difficulties encountered by the passport unit, resulting in a backlog of passports yet to be processed. Also, the hospital in Pernier, CHP, inaugurated a new dialysis center on Monday April 5, 2021. Construction of the fifty (50) bed hospital began in 2016 and operation started in January 2020. The six (6) machine dialysis unit is the latest addition to this new hospital, already equipped with a surgical ward and a medical laboratory.

While new hospitals and units are being inaugurated, work stalled, close to three (3) months on the state university hospital, l’Hôpital de l’Université d’Etat d’Haïti (HUEH) was relaunched. The work has been interrupted for more than a year, on the largest hospital in the country. Upgrades and modernization were 75% completed when work was halted in 2019 due to lack of funds. Since announcing three months ago that work will resume, there has not been any workers seen at the site. The hospital which cared for victims of the 2010 earthquake was itself a victim of the quake that destroyed large sections of the hospital. When work began on this US$83.2m reconstruction project financed by the American Development Agency and the French Development Agency with US$25m each, with the Haitian government was due to provide the remainder US$33.2m of the budgeted cost. State funds were not forthcoming regularly, either because of the political conditions in the country, or the non-respect of the contractual agreement with the Spanish firm Teyico Elecnor. The state agency responsible for ensuring work recently posted on their website that a new construction firm will be hired to supervise the rest of the work. 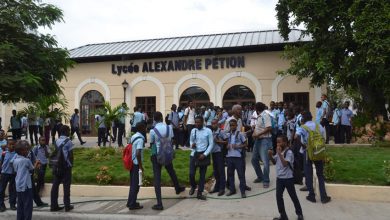 More Than a Career, a Philosophy 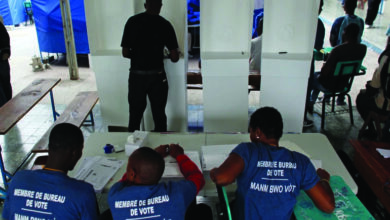 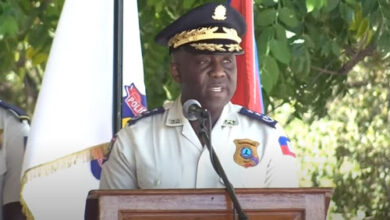 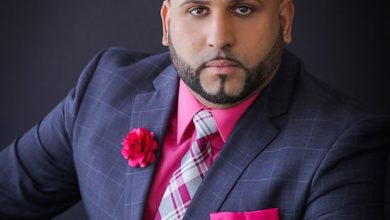