The political climate in the country continues to deteriorate following an alleged coup attempt last week as well s numerous demonstrations and recriminations following the call for President Jovenel Moïse to step aside on February 7, 2021.  Last week Sunday’s protests were more than just demonstrations but a show of force by police against demonstrators and journalists covering the protests. Starting from Pétion-Ville, a private car was set on fire and roads barricaded with burning tires, the protests ended at the Champs de Mars in the afternoon, with reported injury to at least a journalist and an activist when law enforcement officers fired rubber bullets at the protesters. The attack on the journalist forced the DCPJ, the police headquarters to investigate circumstances surrounding the use of force against protesters. In a press conference at police headquarters, the Chief of Police, Léon Charles authorized the Inspector general of police Frantz Jean François, to open an investigation into the police aggressive attitude towards the journalist.  Videos circulating on social media show officers of the PNH blatantly violating innocent protesters. The spokesman for the PNH, Gary Desrosiers thinks such images affect the morale of the police and stands in sharp contrast with the mission of the force which is to guarantee public order and public safety. He further requests the collaboration of protesters, especially the organizers as well as the media because of the importance of these actors in ensuring peaceful protests. Without the press, according to him, certain information will be lacking, and likewise, the journalists and police are allies when in it comes to such events as demonstrations.

From February 8 through the 10th, two journalists were shot to death and two others were wounded as well as a car belonging to Radio Télé Pacific has been targets of police activities. In an attempt to appease the population, the police spokesman spoke of the provisions in place to ensure the carnival period this year. Accordingly, the PNH will facilitate traffic, aid passerby and prevent road blockages. To hear them say it, the police will be actively present on the roads from Titayen to Port-de-Paix to make sure revelers and passengers do not face problems in the road. Five hundred police officers will be deployed to Port-de-Paix and 1,500 officers will be present at the carnival. The SWAT, le CIMO, le BOID, l’UDMO will also be deployed as reinforcements to ensure a smooth carnival season.

Elsewhere, the former judge accused of attempting a coup d’etat last week has been released, after his lawyers submitted a habeas corpus appeal to the prosecutor’s office in Croix-des-Bouquets. The judge at the Cour de Cassation, Yvickel Dabrésil, was arrested in his residence by security agents from the National Palace for “conspiracy against the state” but his lawyers appealed to the court Grécias Norcéus, who granted the request stating that the judge was arbitrarily arrested, but the release letter was held by the head of the public prosecutor’s office for over 24 hours before giving the letter to the defense legal team for him to be released. 17 others detained individuals have not been released and subsequently, the union of court clerks is calling for a general strike in all the courthouses across the nation to protest the arrest of their colleagues.

The Haitian Medical Association, L’Association médicale haïtienne (AMH) is also calling for the immediate liberation of Dr, Marie Antoinette Gauthier as well as 16 others arrested on that fateful night, Saturday, February 6, 2021 and since incarcerated. The association called the arrests illegal, carried out at a time, against the precepts of the 1987 Constitution, which stipulates that “No one can be prosecuted, arrested or detained, except in the cases determined by the law and in the manner prescribed by it”. According to the organization, in a true state with the rule of law, the state makes it a point to respect life, dignity and the integrity of individuals and do all things possible to ensure the protection of their rights to liberty and safety.

Meanwhile, the human rights network, RNDDH has asked the Dominican Minister of Foreign Affairs to grant political refugee status to the former mayor of Port-au-Price, Youri Chevry who was arrested last Sunday in the Dominican Republic in the border town of Dajabon and taken to Santo Domingo. The former mayor was arrested together with three (3) others, another former official from the Port-au-Prince City Hall and two police officers stationed at the border post in Santiago de la Cruz, without valid travel documents and carrying a firearm. The arrested men have since been transferred to the army headquarters in Santo Domingo to be interrogated. The human rights network is calling on Roberto Alvarez to grant the men political asylum because in earlier posting, pictures of the former mayor were being circulated by protesters calling for the resignation of President Moïse and it appears the government has issued an arrest warrant against him for involvement in the February 6, 2021 alleged attempted coup d’état.

Finally, it seems students are the real victims of the prolonged and continued political impasse in the country. Well before February 7th, most educational establishments decided to keep students away when it was clear that the opposition intended to carry out intense demonstrations. And days since, with the situation not as dangerous as through, most schools are not taking any chances and parents are worried about the schooling of their children. With Covid-19 pandemic and the numerous strikes and protests curtailing the school year, it is not certain that the 189 school days can be salvaged, robbing Haitian children one of their fundamental human rights, rights to an education, which is an essential tool in the arsenal of any national development. The Ministry of Education itself seems overwhelmed by events and has yet to make any clear and coherent pronouncements on the issue. 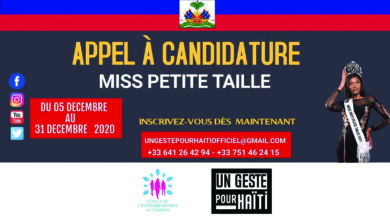 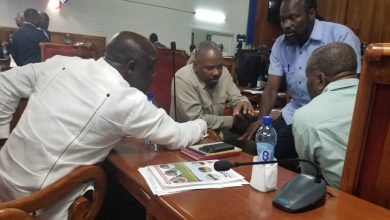 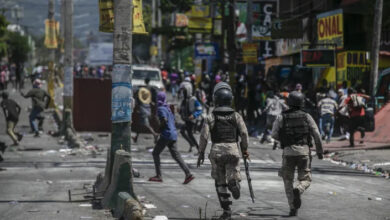