The Haitian government is still attempting to introduce a new constitution in spite of the many opposition to the proposed legislation. According to sociologist Louis Naud Pierre, a preliminary draft of the proposed new constitution will be submitted to interested parties, no later than January 4, 2021, the document will be available for discussion and review.  Recommendations coming from this review will be analyzed and taken into consideration for the drafting of the final document which is expected to be submitted to the President in February 2021. This statement was made to the public at a press conference held at the Ritz Kinam hotel on Monday, December 7, 2020. While the drafting committee concluded its work, consultations were held with a diverse group of stakeholders to make sure there was enough collaboration to make the work credible to the population. The committee stated that their consultations focused on expertise in several key areas related to politics, governance, fundamental rights, sovereignty and citizenship. In the area of politics, the committee plans to prioritize the composition of the three branches of government and the existing relationships among the executive, the judiciary and the legislative branches. For public administration, there is the question of decentralization and making these institutions independent, while considering their efficiency and profitability. The month of December will be used for data analyses and drafting of a preliminary report, the committee called upon civil society organizations to play their part and submit their recommendations. Furthermore, Dr. Pierre spoke about holding two workshops with at least ten different experts, taking into consideration the previous constitutional discussions and recommendations made by previous constitutional commissions between 2007 and 2017. Dr Pierre further assured that the organizations and experts consulted during this period will be consulted again and their input included in the drafting of this new constitution.

Meanwhile, the president of the commission, and former head of state and the Supreme Court, Boniface Alexandre insists that the work of the commission is apolitical. Accordingly, the work is technical in nature, and as such, Mr. Alexandre warns the populace to beware of politicians trying to discredit the commission’s work, by insisting that commission members are getting marching orders from the National Palace. Mr. Alexandre believes that this current attempt at constitutional revision will address the myriad of problems facing the nation in recent years. In expressing his optimism for the current commission, the former president of the Supreme Court also acknowledges the decision of the commission to consider re-instituting capital punishment as a way of addressing the kidnapping and the rampant crime in the country. According to Mr. Alexandre, one of the key issues discussed at length is public safety, with all the consultative organizations and interested parties. Other issues discussed include strengthening the process of governmental transition. He criticized the parliamentary system of government, with a Prime Minister as head of the public service, denounced the corruption within the legislature, as well as the waste in the public treasury especially in the process of ratifying the Prime Minister’s policy statement and when summoned to appear before the legislature. Mr. Alexandre stated that all these issues will be taken into consideration when making the final recommendation.

In other news, President Jovenel Moïse promised to bring a climate of peace this yuletide, as the government renews its determination to confront the crime wave and gang rule across the country.  The president made the statement at the swearing in of the new Director of the Haitian institute of statistics and information technology, l’Institut Haïtien de Statistiques et d’informatique (IHSI). Mr. Moïse told the gathering that he is confident that the Prime Minister is working hard to offer Haitians this gift for the season. At the same time, the new Police Chief, Léon Charles, expressed his satisfaction at the police operation the previous day against gangs in the Village de Dieu neighborhood and promise that his men will continue to undertake such operations to end the lawlessness in such neighborhoods. Mr. Charles promised that the police can now enter any community at any time and promised that the end of year festivities will go on with ample security.

Elsewhere, President Moïse stated he is satisfied with the work that the state electricity corporation, l’EDH, is doing to realize one of his lofty goals; to bring 24-hour electricity to the country. He promised that the logo of the corporation will change to reflect the new direction the energy company is taking. The new logo will not have Haiti in dark but in green, to reflect the fact that the company will now use renewable energy at the generating centers. Mr. Moïse also greeted the construction of a new 10-megawatt hybrid power station within two months in Port de Paix. He praised the competence of the technicians at the power company who will be making the station fully functional by February 2021, effectively making the promise of a 24-hour electricity a reality. While boasting of wresting the competence and know-how of the technicians from the oligarchs, the president promised to enter into a partnership with a private entity to improve power supply in Port de Paix and other communes in the Northwest Department such as Bassin Bleu and Mole Saint Nicolas.

Meanwhile, an official visit to the Dominican Republic is being seen by Dominican nationalists as a spy mission. The Minister of Foreign Affairs and Religion, (MAEC) Claude Joseph is being suspected of espionage for the international community, according to the political analyst Thierry Kenneth Pierre, in an interview with the online paper, Alterpresse/AlterRadio. According to the political analyst, the Dominican nationalists, who are hostile to Haiti and especially Haitians living in the DR, the Ambassador’s one-week mission to the neighboring country was to report to the international community especially the United States and France. But the Minister, who is accompanied by the Minister of Haitians living abroad, MHAVE, Louis Gonzalez Day and technicians from the Ministry are actually in the Dominican Republic to meet his counterpart, Roberto Alvarez, to discuss improving bilateral relationships between the two nations.

Finally, this year’s results of the baccalaureate exams, has surprised both students and educators with a 74% pass rate across the nation. Apart from the Southeast, where results are yet to be published, all the other nine (9) departments combined have produced a surprising 74.52% success rate for the Bac2020. The teachers’ union has expressed their surprise at the exceptionally high success rate, given that the school years has been punctured with different social upheavals and the numerous “payi lok” demonstrations. A spokesperson for the teachers’ union, Confédération nationale des éducatrices et éducateurs d’Haïti (CNEH), Magalie Georges, asked the Minister of Education to give the nation a more scientific explanation on the academic performance of the pupils. With the multiple socio-economic problems facing the country with four months of closure of schools due to “peyi lok”, then again due to the coronavirus, all the while, without any improvement in the curricula design, the union fears the results may well be a political stunt to please parents. 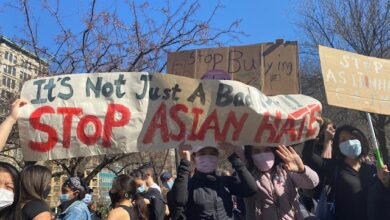 Why we protest, why we rally. 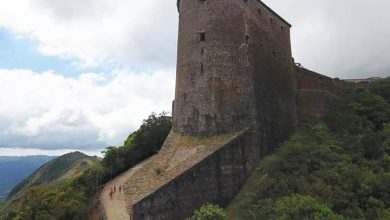 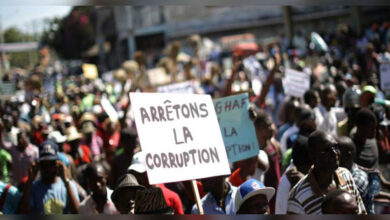