Perpetrators of the horrific kidnapping and murder of young student, Évelyne Sincère have finally been arrested by the judicial police. The news about the killing of Ms. Sincere has gripped the nation for more than a month. This assassination has come at a time of increasing insecurity in the country and only adds to the suffering of people who feel overwhelmed and besieged by armed gangs who are effectively calling the shots, against a less equipped and demoralized national police force. According to the assistant spokesperson for the national police, the PNH was determined to apprehend those responsible for the death of the 22 year-old young woman. The judicial police, DCPJ, and a special unit of the PNH undertook an operation Monday morning in Delmas 19 and Nazon, which led to the arrest of three (3) alleged perpetrators. Brothers Michel and Evald Dorestant, and the girlfriend of one of them, together with another suspected were arrested earlier, Obed Joseph, known as Kiki; all confessed to the crime. According to their account of events, as related by the police, Evelyne previously had a relationship with Obed Joseph, in which she may have mentioned that her father is a pastor. This revelation would entice the young men in quest for money to decide to kidnap the young lady and demand a 500,000gourde ransom, which was further haggled down to 15,000 gourdes. The appointed date to deliver the ransom was November 1, 2020, date on which the alleged perpetrators gave their victim a poisonous potion after which they proceeded to suffocate her with a pillow. The three young men denied ever raping their victim before killing her, insisting their motivation has purely being for money.

While on the topic of kidnappings and assassinations and investigations and arrests, President Jovenel Moïse has denied any involvement in the assassination of the former President of the Bar Association, Judge Monferier Dorval, in a likely response to the question of his opposition to the formation of an independent commission of inquiry. Mr. Moïse stated that he has no blood on his hands because he could not seek the assassination of an intellectual who shares the same aspirations of a new constitution as he does. Furthermore, as the Chief Executive, he cannot interfere with the judiciary and what they are doing. All he can do is to have a meeting with the Bar Association in order to find a consensus; that one cannot solve a problem through confrontation. With regards to the proximity of the crime to his residence, the president said that the crime site was not in the immediate perimeter of his home, and in response to some allegations that the alleged criminals were employees in the National Palace, the President countered that there are over 1,200 civil servants who work there regardless of who the President is.

As a sign of aiding to address the increasing security concern in the country, the Ministry of Interior, MICT, has forbidden the use of any types of vehicles without registration numbers across the country. In a communiqué by the Ministry, the government action seeks to fight kidnappings for ransom by banning all motorized vehicles plying the roads across the country to be registered; carrying a license plate, or else the operators will be stopped by the police. The ministry wants especially car owners and drivers to note that the security forces are instructed to stop all vehicles and motorcycles without license plates, in accordance with existing laws of the land.

On the constitutional crisis, President Jovenel Moïse continues to make his case for a new constitution because according to him, only God can govern a country with the current constitution. Speaking on the program Le Point, on Télé Métropole, the President defended his actions to change the constitution, stating that the country is ungovernable with this current constitution which he described as a pact of corruption among groups within the society. Noting that he is the one responsible for the good functioning of institutions within the country, he has formed an independent commission of former presidents and high ranking officers within the public service in order to seek consensus among actors before regrouping a committee of experts to draft the initial charter, and he does not pressure the committee on achieving any particular goal. He added that in recent years, sentiments and polls conducted through social media indicates that the Haitian people want a new constitution.

In the US general elections, all the Haitian American candidates who contested seats in various capacities that we featured in this newspaper two weeks ago have won their respective seats with the exception of the following; In New York, Constantin Jean-Pierre who ran as a Republican in the 9th Congressional district in Brooklyn, lost to the incumbent Yvette Clarke. He garnered 17.6% of the votes (36,847 votes) to Clarke’s 81.5% or 170,898 votes. Mathylde Frontus, who was the Democratic incumbent for the 46th state Assembly district in Brooklyn lost to her Republican challenger Mark Szuszkiewicz, who won with 17,852 votes (54.3%) to Frontus’s 15,030 (45.7%). In Florida, Nancy St. Clair who ran as non-partisan candidate in Northeast Broward County (District 92 in the Florida House) lost to Hawkins-Williams with 11,474 votes (18.8%) to Williams’ 49,439 votes (81.2%). Gepsie Metellus who ran non-partisan for County Commissioner in Miami-Dade’s District 3, lost to Keon Hardemon, who received 43,674 votes (66.8%) to Metellus’ 21,732 votes (33.2%). Meanwhile in the city of Lauderhill Nadia Assad finished last in a three-way race for the Seat 3 Commissioner, with 27.7% of the votes (7,782 votes) and Ray Martin who came first with 38.5% (10,824 votes) and Kelly Davis 33.9% or 9,534 votes. The only other race for Miami Beach Group 3 Commissioner both Ketly Joachim and Raphael Dube losing and Daniela Jean advancing to a runoff scheduled for November 17, against the other top vote getter Margaret Love. Jean received 4,968 votes, Joachim received 2,068 votes (14%) and Dube finished with 1,836 votes or 12% of the votes cast. 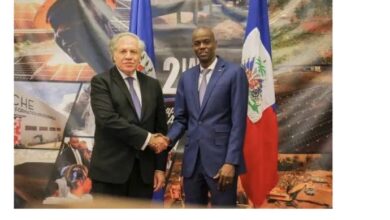 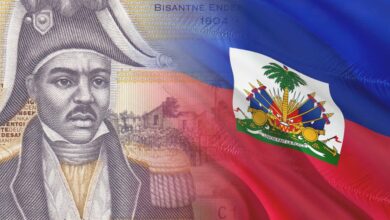 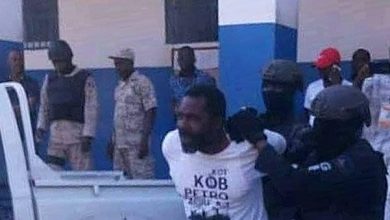