For the first time in six months, Haiti has registered no Covid-19 cases in a 24-hour period, according to information provided by the Ministry of Public Health (MSPP). The Ministry reported on Monday that Saturday, September 26, 2020 showed no recorded cases of corona virus across the nation. But representatives from the health department have warned that though there’s a downward trend in infections in recent days, care should be taken not to reverse the trend. According to Dr. Patrick Dely, Director of Epidemiology, Laboratories and research, these low numbers are reassuring but that people must remain prudent and vigilant to avoid a renewed spike in the case as seen currently in certain areas around the globe. While they plan to keep the positivity rate below 40% and reduce the mortality rate further. Reports show that the positivity rate in the country is 31% while the fatality rate is at 2.60%. As of now, there have been 8,740 cases reported in the country, with 227 deaths and some 6,757 recovering. All the same, the authorities urge people to take caution and heed all the public health directives.

Meanwhile, the President of the Superior court of Accounts and Administrative Disputes, Cour Supérieure des Comptes et du Contentieux Administratif (CSCCA), Judge Rogavil Boisguéné had deplored an incident on the premises of the court last Friday, when a member of the ruling government showed up at the premises in what appears to be a threat to the security of the officials at this independent institution. According to the Judge, the Minister of Public Works, Nader Joiséus showed up at the premises of the court to deposit some document, accompanied by armed masked men and photographers in tow. The whole scenario reek of intimidation because according to the Judge, the procedure of depositing a document is simple and straight forward and does not require such show of force.  Since the court has been at the center of the PetroCaribe probe, the current regime has tried to find ways to curtail their independence, to the point of President Jovenel Moïse expressly expressing his desire to curb the court’s watchdog powers, when the latter refused to sign off on a draft of a no-bid contract between the government and General Electric. The Chief Judge is consulting with his peers to plan for the next steps to be taken to ensure their independence and safety.

During a meeting with the French Ambassador to Haiti, Jose Gomez and the President of the court, Rogavil Boisguéné in which the former reiterate his country’s support for the independent and watchdog role that the court plays in both France and the Caribbean nation, a role that is very important and necessary for the rule of law in the country. According to Ambassador Gomez, the powers of this independent institution correspond to those of the French Court of Auditors and the Council of State, and as such, the French government is willing to work to strengthen its cooperation with the CSCCA, especially at the time when the institution is under threat from those who see its actions as unfavorable to what they are doing. During a Dyalòg Kominotè in the national palace on Sunday, September 6, 2020, President Moïse stated the court as the one institution that stands as an impediment to him realizing his projects. Similarly, the threatening Minister of Public Works also called the judges “incompetent” and “ignorant” forcing a public apology to the court by the Prime Minister Joseph Jouthe.

Elsewhere, it appears the threat to the judiciary continues unabated. The national network of Haitian Judges, Le Réseau National des Magistrats Haïtiens (RENAMAH), recently denounced the death threats to one of their members, Wendelle Coq Thélot, for boycotting the swearing in ceremony for the new members of the electoral commission, scheduled for last Tuesday, September 22, 2020. With those proffering the death threat increasingly brazen, the organization is calling on the authorities to open an investigation into the death threats against the Supreme Court judge. The network stressed that the judge alone cannot be an impediment to the legitimacy of these commissioners, through their swearing in. The work of electoral commissioners who are in effect electoral judges is depended on the taking of the oath, which is both a legislative and constitutional requirement. The network is therefore calling on all legal professional organizations across the country and the entire French speaking world to support the judge in the execution of her duties. But even though the swearing in could not take place on the supreme court premises and has since been postponed indefinitely, President Moïse was able to install his 9 appointees to the CEP at the national palace, an act that most human rights organizations are condemning as illegal and unconstitutional.

In a report of the investigation into the assassination of the President of the Haitian Bar Association, Monferrier Dorval, the Criminal Affairs division of the judicial police (DCPJ) has concluded that two alleged killers and accomplices have been identified. Modlet Sénégeau alias Abidy, Mackender Fils-Aimé and Dunès Vilpique alias Jah, Marckenson Charles alias Cobra, Gerson Laurent alias Ti Luc or Louko, Richelet Augustin, Johny Toussaint and others were responsible for the assassination of the jurist on Friday, August 28, 2020, in his residence at Pèlerin 5, the same neighborhood where President Jovenel Moïse lives. Mackender Fils-Aimé and Dunès Vilpique are both being sought in the assassination of Jen Daniel Euzebe and the attempted assassination of Robert Alexandre. Richelet Augustin and Johny Toussaint are the main culprits because, according to the report, they were seen at the same place as the victim, in the victim’s home at the time of the crime. While report expects warrants against the other accomplices to determine their role, the department is working to find the masterminds of this assassination.

In other news, outsourcing companies are facing a new challenge with the gourde appreciating against the US dollar. According to the President of the association of Haitian industries, l’Association de Industries d’Haïti (ADIH), Wilhem Lemke, the strong gourde is making most companies unable to meet their targets especially as they have made salary adjustments in recent months. With the dollar under 100 gourdes most of the companies have been idle and bankruptcy is inevitable unless something is done by the government, since the survival of outsourcing companies is directly linked to the exchange rate. With the government’s main objective to create jobs, Mr. Lemke feels strongly that government intervention is needed if they are to save textile jobs. Over the past 4 months, the textile sector has lost more than 5,000 jobs.

Finally, it appears the Minister of Public Works, Joisséus Nader, may have gotten his wish because he just announced that the Court of administrative Disputes, CSCCA, which he menaced last week, has approved the government’s energy contract with General Electric. The US$55m contract got the approval from the court after the national commission on public procurement, Commission Nationale des Marchés Publics (CNMP). The contract will allow for the construction of a diesel run electric power plant and liquefied propane gas with a capacity of 55 megawatts in Carrefour. The Minister boasted that to date, approximately 160 megawatts will be available on the grid and all households will have access to electricity every day. He quickly pointed out that that does not mean 24hours electricity because that would require 300 megawatts. He indicates that the project will be carried out with diligence in order to realize the promises of the Head of State before the end of his mandate. 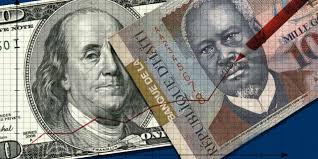 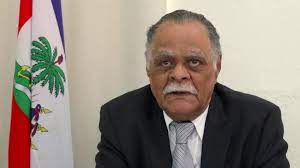 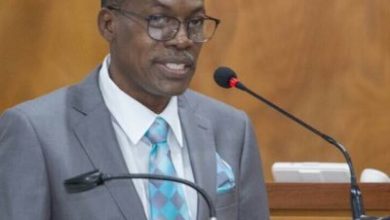 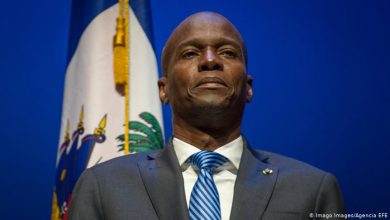